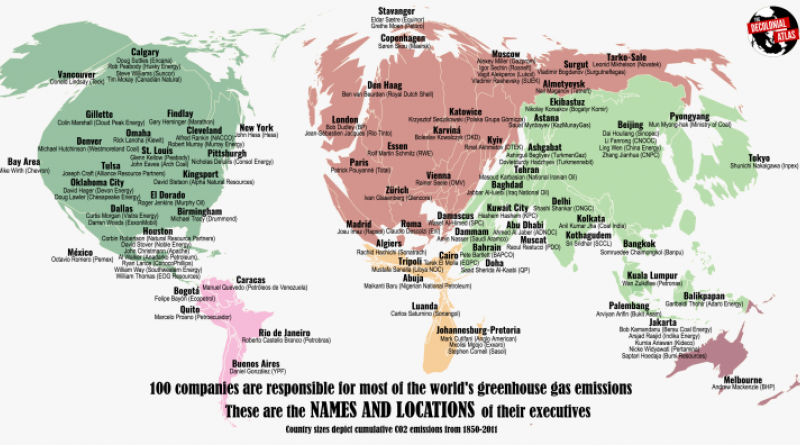 “The earth is not dying, it is being killed, and those who are killing it have names and addresses.” – Utah Phillips

Just 100 companies are responsible for more than 70% of the world’s greenhouse gas emissions since 1988. The guys who run those companies – and they are mostly guys – have gotten rich on the backs of literally all life on Earth. Their business model relies on the destruction of the only home humanity has ever known. Meanwhile, we misdirect our outrage at our neighbors, friends, and family for using plastic straws or not recycling. If there is anyone who deserves the outrage of all 7.5 billion of us, it’s these 100 people right here. Combined, they control the majority of the world’s mineral rights – the “right” to exploit the remaining unextracted oil, gas, and coal. They need to know that we won’t leave them alone until they agree to Keep It In The Ground. Not just their companies, butthem. Now it’s personal.

Houston tops this list as home to 7 of the 100 top ecocidal planet killers, followed by Jakarta, Calgary, Moscow, and Beijing. The richest person on the list is Russian oil magnate Vagit Alekperov, who is currently worth $20.7 billion.

The map is in the form of a cartogram which represents the size of countries by their cumulative carbon dioxide emissions since industrialization.

This map is a response to the pervasive myth that we can stop climate change if we just modify our personal behavior and buy more green products. Whether or not we separate our recycling, these corporations will go on trashing the planet unless we stop them. The key decision-makers at these companies have the privilege of relative anonymity, and with this map, we’re trying to pull back that veil and call them out. These guys should feel the same personal responsibility for saving the planet that we all feel. 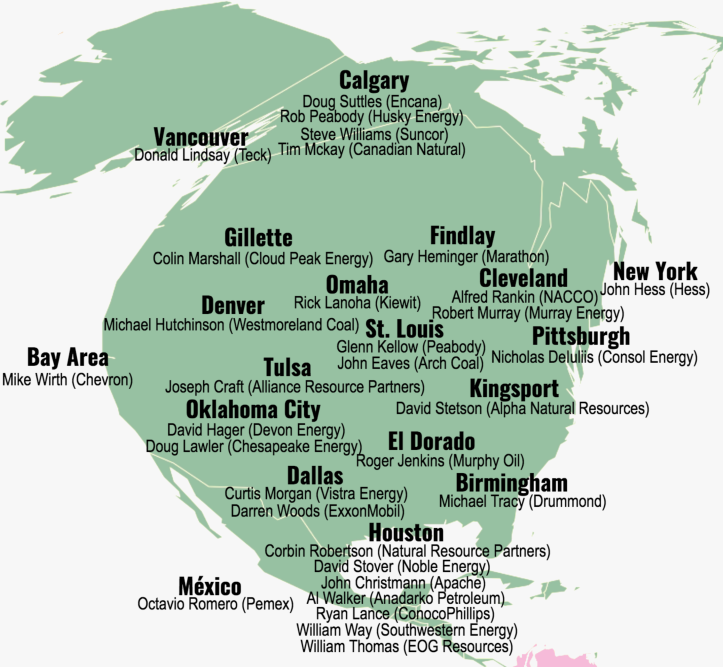 Closeup of the top 32 North Americans killing the planet. 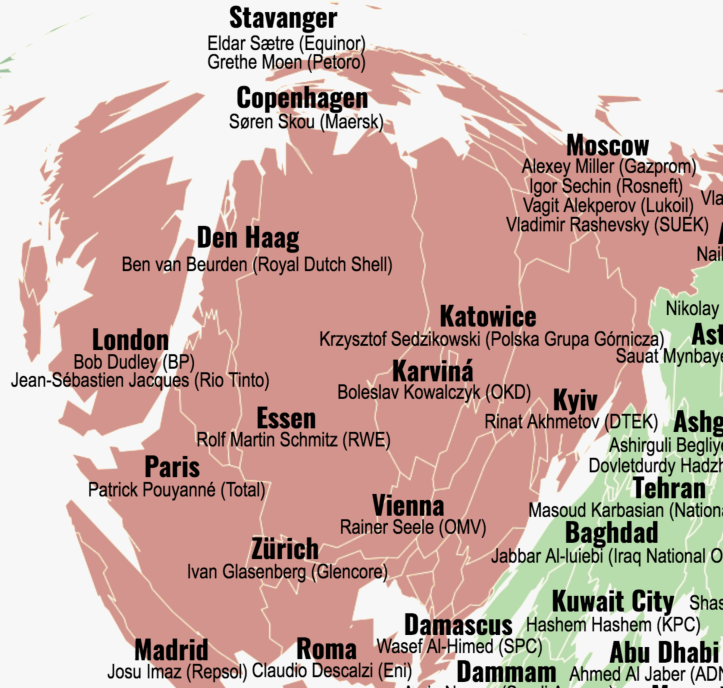 Closeup of the top 18 Europeans killing the planet.