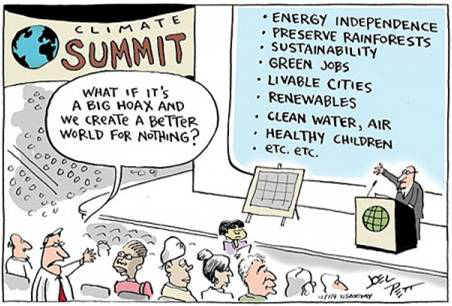 Everything you want to know about climate and energy:

In this hard fought debate between scientists and climate deniers, the above cartoon is the best answer to all those denying science.

Climate change is not a n isolated, albeit uniquely determinant event. Climate change or rather climate crisis is the result of society’s really “impressive” efforts to live over and above the limits of its own environment.

We have destroyed all that is meant by the term environment and we have caused climate change. It’s all part of the perfect crisis we have been building on the planet.

We have destroyed the planet which is hosting us for millions of years, in just 2 centuries

Based on the principle “I consume therefore I exist”, using advanced tools such as “single use products” and guided by the principle “My welfare is my no 1 Priority and future generations (our children and grandchildren) can go to hell” we pushed the planet beyond its limits.

However you ignore science at your peril and thus we are so close to confirming the “Crime and punishment” axiom.
And in this last effort to salvage whatever we can, the well known vested interests of an empire that feels at risk not by the impeding climate catastrophe, but by the science dictated change in the energy status quo, is trying to prove through its trolls that climate change is a hoax.

And they fail to see that even if this was so, we should still push for these changes because they lead to a sustainable planet.

It should have been out target all along.


We shouldn’t have weighed till it was past the hour to attempt it.

Another society, on another planet, would have done it already.