Skip to main content
Climate and energy in simple words 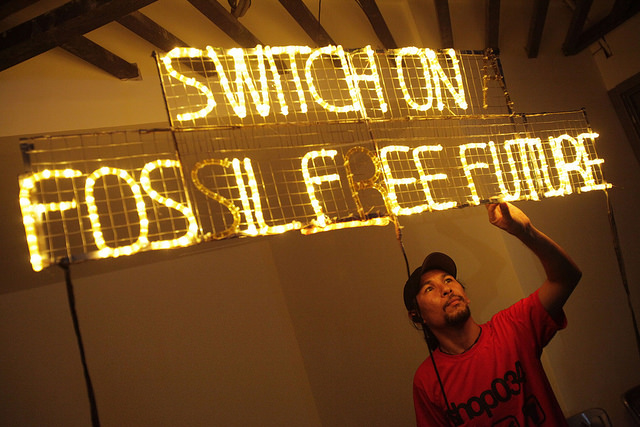 Climate as a term describes the weather conditions prevailing in each area of ​​the earth.
Climate is the set of meteorological phenomena that prevail over a long period, and the natural greenhouse effect, is the reason why life as we know it has evolved on our planet.  The natural greenhouse effect is beneficial for the maintenance of life as it keeps the average soil temperature at about 15 ° C.

In fact, any major change in climate affects life. This, for instance,  has happened in the past due to factors like volcanic eruption, unpredictable natural phenomena, or external factors  (change in solar activity, change in the Earth's orbit, meteorites). In the recent decades, especially  ever  since the Industrial Revolution, a new source of causes for climate change has been added: man.

The extensive energy use in our lives and, in fact, the predominant source of fossil fuels has led to a gradual accumulation of greenhouse gases in the atmosphere.

The over-concentration of greenhouse gases (carbon dioxide, methane etc.) is human induced.  This has led to the rise in average global temperatures, whichin turn has led to heatwaves, melting ice, continuous droughts with parallel flooding.

1) The planet is warming up 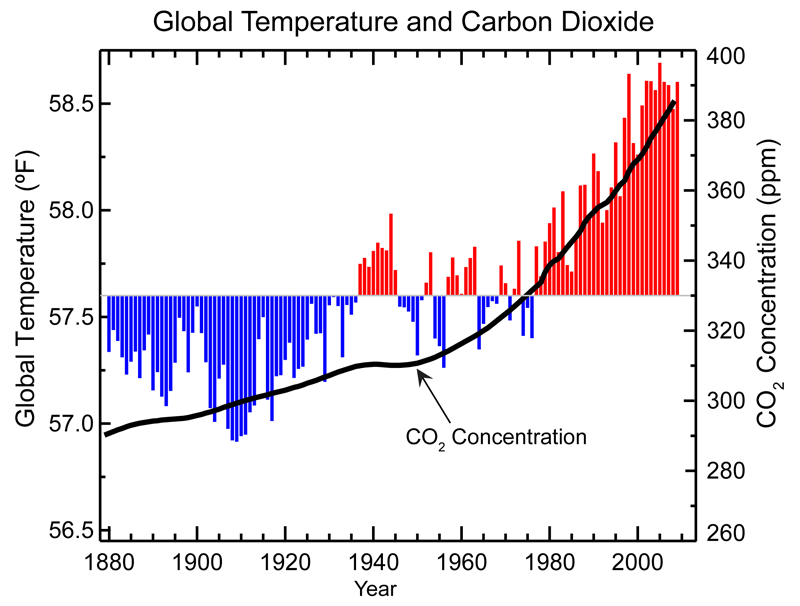 At present, the average global temperature is 1C higher than the preindustrial levels, and we are heading towards a further  0.5C rise. One degree of Celsius may not sound a great rise in temperature but it is the limit between life and death for thousands of people. Our planet has always had natural cycles of overheating and cold, but this is not it.

The Earth's climate is complicated and even a slight increase in temperature entails enormous changes, with many collateral losses. 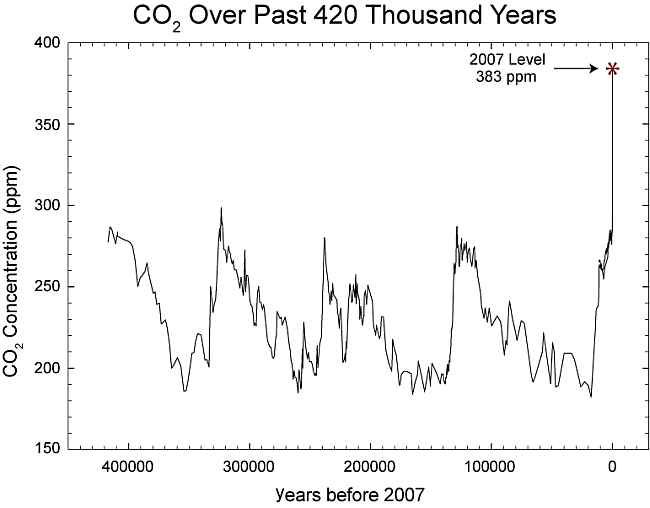 Humans are responsible for climate change, by burning large amounts of fossil fuels. The rise in temperature is almost entirely related to the release of anthropogenic greenhouse gas emissions. Before the 18th century, when people in the industrial West started burning coal, oil and gas, our atmosphere typically contained about 280 parts per million (ppm) of carbon dioxide. These are the conditions "in which culture developed and man's living on the earth adapted."

At the same time, the rapid growth of livestock farming in the richest countries has caused rapid increases in greenhouse gas emissions such as methane and nitrogen. The contribution of agriculture is responsible for 15% of global emissions. Fossil fuel burning has so far contributed most to the problem , accounting for about  57% of total emissions. The problem is compounded by the fact that carbon dioxide remains active in the atmosphere much more than methane and other greenhouse gases.

Fossil fuels companies with mining and pumping-ups recover millions of years of carbon stored on the earth's surface, thus releasing it into the atmosphere. In 2014, carbon dioxide concentrations reached 400 ppm in the atmosphere for the first time after at least 2.5 million years.
Maintaining fossil fuels in the subsoil is the most important step we can take to further prevent climate change.

3)  We are confident about the science of climate change. 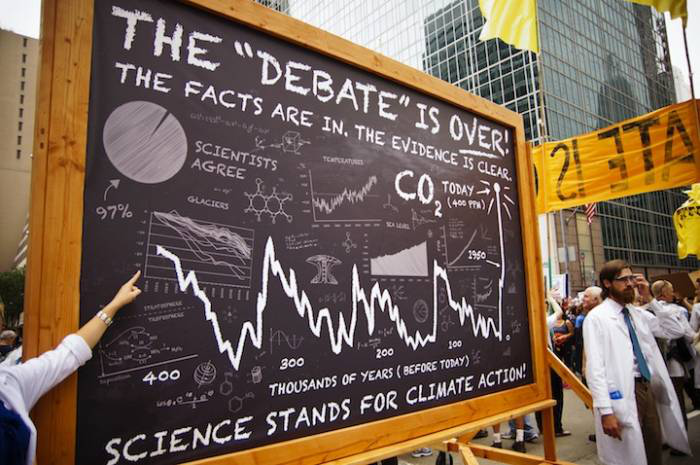 An overwhelming 97% of scientists agree that the cause of climate change are the greenhouse gas emissions produced by human activities.

There is no room for a meaningful debate on the basic science of climate change.

The conclusion that an increase in carbon dioxide (CO2) in the atmosphere causes overheating dates back to 1890. Attacks to the credibility of climate science are timeless and stem from groups of specific interests, including the fossil fuel industry, which has invested millions of dollars for creating uncertainty about our understanding of climate change and blocking action for decades.

People are driving climate change, with results visible around the world. The best way to stop it is to keep fossil fuels in the ground. 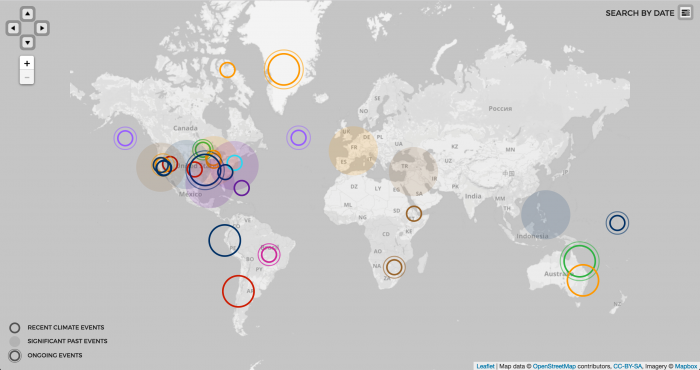 One degree of overheating that has occurred so far has already led to devastating effects on the entire planet.

Global grain yields have reduced by 10% from heatwaves and floods linked to climate change, increasing populations suffering from starvation.

This has led to local border clashes, civil conflicts and migrations.

Climate migrantion is  a global phenomenon of our time, that is going to be accentuated in the future.

More than 1 million people living near the coast have been forced to leave their homes due to rising sea levels and the strongest storms that are typically occurring, and millions more are expected to leave in the  years to come. Small islands in the Pacific, the atolls, will soon not exist.

5) We can fix things 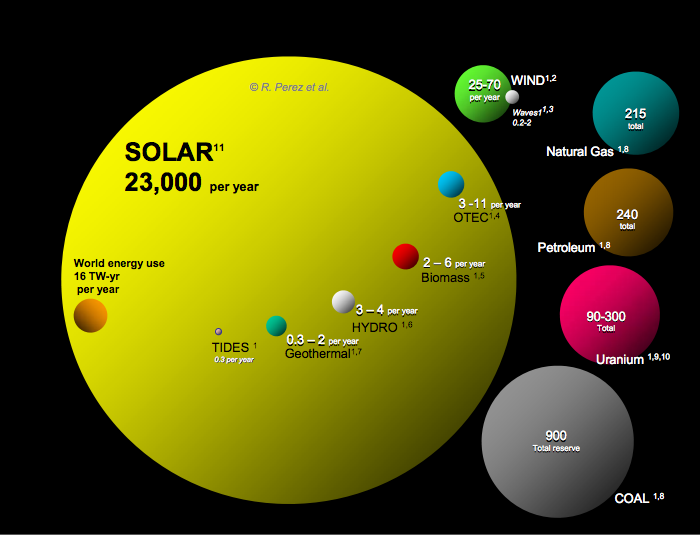 The key elements of climate change are bad and will get worse.

There is a simple math: in order to keep the average global soil temperature rise below 2 ° C, the 80% of the fossil fuel reserves must remain in the ground.

Obviously this is a difficult task since, in principle, fossil fuel companies and governments of countries that have a wealth of fossil fuels will not readily accept this.

But there are good news too:

We know exactly what we need to do - to keep fossil fuels in the subsoil and to move quickly to 100% renewable energy.
Renewable energy becomes cheaper and more popular everyday. In fact, global carbon dioxide emissions have already begun to slow down due to the rapid growth of clean energy.

And we are not alone - the global movement to stop climate change and resist the fossil fuel industry is growing every day.
However, even if we manage to keep 80% of our fossil fuels underground, a world that is 2 ° C warmer will be a very different world, and certainly more terrifying. We are only at + 1 ° C now, and we are already seeing more storms, floods, heatwaves, droughts and island nations threatening to become submarines. 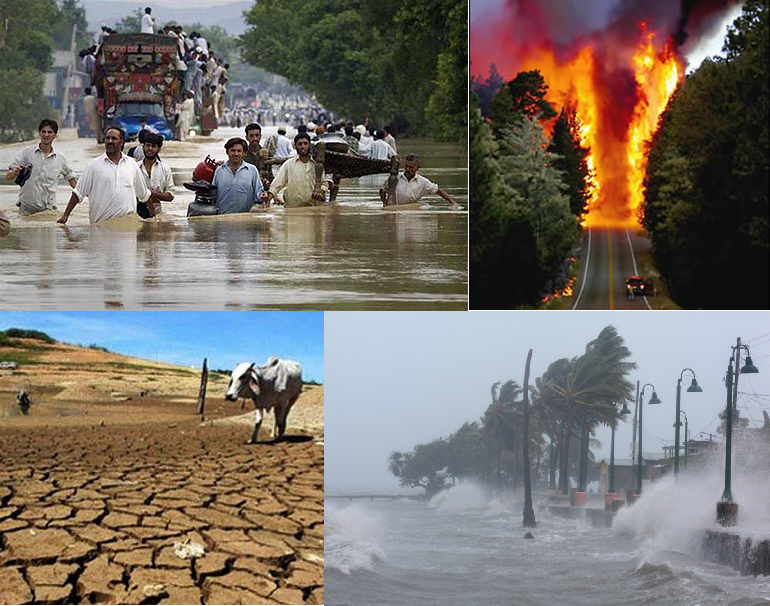 Climate change affects all parts of the world. The ice in the polar regions is melting and the sea level rises. Some areas are more often affected by extreme weather and rainfall, while others are experiencing extreme heat and droughts.

These impacts are expected to intensify in the coming decades.

When the water is heated, it expands. At the same time, global warming causes collapses of ice to both poles and melting glaciers.

Because of these changes, the sea levels are rising, causing flooding and erosion in coastal and lowland coastal areas.

Strong rainfall and other extreme weather events occur more and more frequently, causing flooding and degradation of water quality, as well as the reduction of water resources in certain areas.

Many poor developing countries are among the countries most affected. People living there often rely heavily on their natural environment and have fewer resources to tackle climate change.

Costs for society and the economy

Material damage and damage to infrastructure, as well as to human health, entail high costs for society and the economy.

Areas that are highly dependent on temperature and rainfall, such as agriculture, forestry, energy and tourism, are heavily affected.

Risks to wildlife and flora

Climate change is happening extremely fast and many species of plants and animals struggle to cope with the situation.

Many species living on land or in fresh and seawater have already moved to new areas. Some plant and animal species will face a high risk of extinction if the average land temperature continues to grow unchecked.

FOR THE END, A SIGNIFICANT NOTE ON POLAR VORTEX PHENOMENONS
The occurrence of polar cold or intense snowfall often causes dazzling comments from climate deniers that climate change is not happening.

But this, unfortunately, is untrue:

Though it seems intuitively contradictory, a warmer atmosphere causes heavier snowstorms. This is because the warmer air keeps more moisture, which is then released in the form of more intense phenomena either rains or snow. As a result, most of the phenomena in an area are likely to occur in the form of intense storms, not gentle storms.

The rapid melting of the Arctic causes a slowdown and weakening of the Gulf Stream, which results in the transfer of extreme cold phenomena further south. This will increasingly affect northern hemisphere countries as Gulf Stream slows down, bringing more intense cold weather and snowstorms. Meanwhile, the Arctic region continues to melt and warm up at an unprecedented rate.

Climate change is changing already in the seasons, affecting habitats and changing climatic zones, leading species to extinction and farmers in despair.

Maintaining fossil fuels in the subsoil is the best way to protect ecosystems and survival of all kinds.