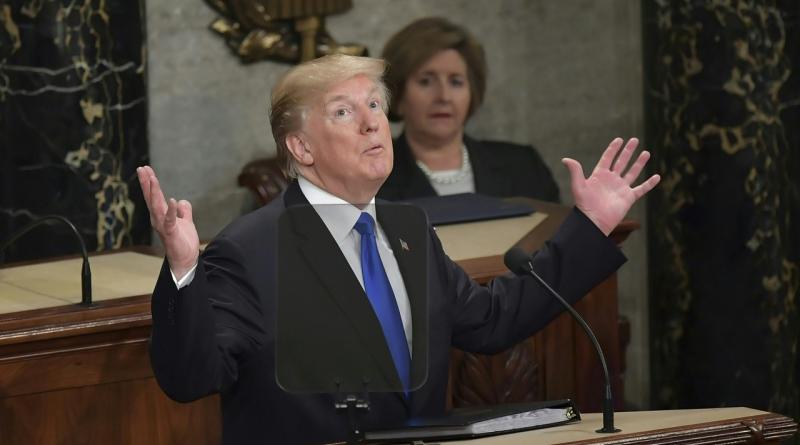 President Donald Trump used Tuesday’s State of the Union as a platform to double down on the unfounded argument that undocumented immigrants are pouring into the country and harming Americans. But his speech failed to mention what the intelligence community uniformly agrees is one of the top threats facing the country and democracy as a whole: Russian meddling in U.S. elections.

Can’t imagine why he would omit that from his speech...

Just last week, the intelligence community told Congress that Russia meddled in the 2016 and 2018 elections — and that they were certain, based on the assessment of every branch of the intelligence apparatus, that Russia was actively planning to interfere in the upcoming 2020 election. Director of National Intelligence Dan Coatsput it bluntly in his prepared statement to Congress on January 29.

“We expect our adversaries and strategic competitors to refine their capabilities and add new tactics as they learn from each other’s experiences, suggesting the threat landscape could look very different in 2020 and future elections,” Coats said.

As grim as the assessment was, Trump dismissed his intelligence director’s testimony, claiming Russia was not in fact targeting the United States.

And on Tuesday night, Trump failed to address the threat during his entire 82-minute speech. The only time he mentioned Russia at all was when he referenced his decision to pull the United States out of its Intermediate- Range Nuclear Forces Treaty (INF) because, he says, Russia violated its terms.

Special counsel Robert Mueller continues his investigation into Russian meddling in the 2016 election and into whether members of Trump’s campaign colluded with the country to influence the election in Trump’s favor or to booster their business dealings. So far, Mueller has indicted six former Trump campaign aides and people who assisted him during his campaign, as well as dozens of foreign Russian nationals who peddled fake news through social media and hacked the emails of Democratic candidate Hillary Clinton’s campaign chair in an effort to influence the election in favor of Trump. (That campaign chair, John Podesta, is a founder of the Center for American Progress. ThinkProgress is an editorially independent site housed at the Center for American Progress Action Fund.)

Trump briefly mentioned the investigation during his State of the Union speech, but from the perspective that it is unjustified and dangerous — claiming the “ridiculous partisan investigations” needed to end or the United States cannot achieve peace.

“An economic miracle is taking place in the United States — and the only thing that can stop it are foolish wars, politics, or ridiculous partisan investigations,” Trump said. “If there is going to be peace and legislation, there cannot be war and investigation. It just doesn’t work that way.”

Trump also failed to mention during his speech a range of other threats and disasters that have dogged the nation during his presidency and harmed a countless number of Americans — including ongoing bullying and threats against LGBTQ people; a rise in white supremacy and anti-immigration hate; gun violence; climate change; voter disenfranchisement efforts that have prevented minority communities from being able to cast ballots; the federal shutdown that he imposed that resulted in two missed paychecks for tens of thousands of federal workers; his administration’s policies of separating families that cross the southern border outside the port of entry; and disasters that have displaced thousands, including the California wildfires and Hurricanes Maria and Irma.