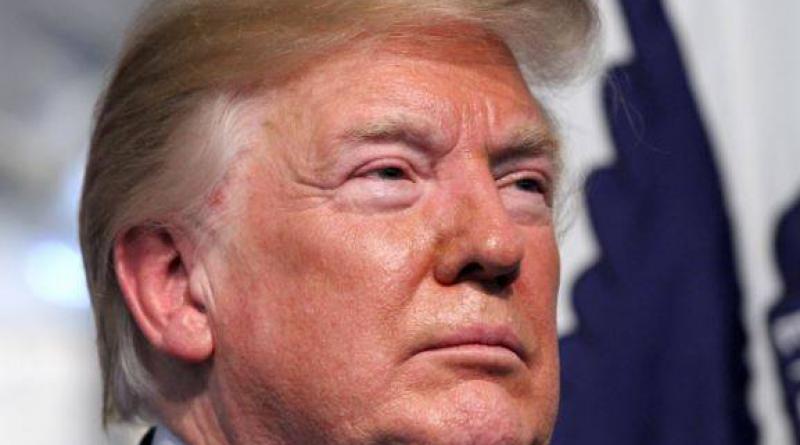 Looking back at the year in science denialism, pseudoscience, and evidence suppression.

Trump has made no secret of his hostility toward science and basic facts, and he’s filled his administration with people all too eager to carry out his anti-science agenda.

He chose a 31-year-old politics major with no background in science as his top science adviser in the White House. The Environmental Protection Agency under Trump has been mired in scandal after scandal, covering up damning reports that don’t fit with Trump’s anti-science agenda.

He even attacked a report on climate change from his own administration.

As 2018 comes to a close, here’s a look at some of the most ridiculous anti-science moments from Trump and his administration this year.

Thanks to the hostile work environment created by the Trump administration, more than 1,500 employees fled the Environmental Protection Agency during the first 18 months of Trump’s presidency. The mass exodus reduced the EPA’s workforce “to levels not seen since the Reagan administration,” according to The Washington Post.

Many of those who left the EPA were serving in positions that are critical to carrying out the agency’s core missions including 260 scientists, 106 engineers, and 185 environmental protection specialists. In the EPA’s Office of Enforcement and Compliance Assurance (OECA), 15.7 percent of employees — nearly one in six — departed during the first 18 months of Trump’s presidency and were not replaced.

Some of the former EPA employees spoke with the Post and voiced their frustration with the Trump administration’s anti-science agenda, saying it was what drove them to leave.

“I did not want to any longer be any part of this administration’s nonsense,” said former EPA scientist Ann Williamson.

Internal emails released in May showed that the White House and top officials at the EPA had worked together earlier in the year to suppress a federal health study that revealed new evidence about hazardous levels of toxic chemicals in the U.S. water supply.

The study, conducted by the Agency for Toxic Substances and Disease Registry, part of the Department of Health and Human Services, found that a certain class of chemicals can pose a serious risk to human health at much lower levels than previously thought. These chemicals, which have been linked to cancer, thyroid diseases, pregnancy complications, and other serious health problems, are present at dangerously high levels in water supplies near chemical plants, military bases, and other sites in multiple states, the study found.

Research of this nature would usually be made public as quickly as possible so that it could be used to set new safety standards and inform new policies to protect the health of the American public. But according to internal email exchanges, the Trump White House feared that revealing the findings would cause a PR disaster and put too much pressure on the EPA.

So, instead of releasing the report, the White House and the EPA devised a scheme to suppress the findings to keep the nationwide public health threat a secret — and to avoid doing anything about it.

In June, emails released as part of a lawsuit revealed that the EPA had been coordinating with the conservative Heartland Institute, a fossil fuel-funded think tank that has spent years manufacturing an alternative body of pseudoscientific research meant to call into question mainstream climate science.

While it was already known that the EPA was taking cues from conservative groups and promoting dubious “experts” to cast doubt on mainstream climate science, the emails released in June revealed the extent to which the Trump administration has embraced the right-wing think tank and used the pseudoscience it produces to inform government policies.

4. The EPA told employees to lie about climate change

An internal memo leaked in March revealed that the EPA had sent employees a list of eight approved talking points directing them to cast doubt on the scientific consensus about climate change.

The talking points instructed employees to highlight scientific uncertainty and lack of evidence linking human activity to climate change — statements that are contradicted by the 2017 federal climate assessment, which concluded that “it is extremely likely that human activities, especially emissions of greenhouse gases, are the dominant cause of the observed warming since the mid-20th century.”

One of the talking points in the memo encourages EPA staffers to question whether fossil fuel emissions directly contribute to climate change, stating incorrectly that “clear gaps remain including our understanding of the role of human activity and what we can do about it.”

The memo also casts doubt on the scientific consensus surrounding climate change, claiming that the “degree and extent” of human impact on climate change “are subject to continuing debate and dialogue.” In reality, 97 percent of actively publishing climate scientists agree that the warming trends observed over the past century “are extremely likely due to human activities.”

5. Trump didn’t believe the climate change report released by his own administration

In November, scientists from 13 federal agencies released the National Climate Assessment — a comprehensive, 1,600-page report on the devastation that climate change has already brought to the United States, and how much worse it will get if nothing changes.

While much of the report focused on the environmental impacts, another section outlined the massive economic cost of climate change. According to the report, the U.S. economy could suffer hundreds of billions of dollars in losses.

But when a reporter asked Trump about the “devastating” economic impacts forecasted by the report, Trump said he didn’t believe the projections made by scientists in his own administration.

When the government released a devastating report on climate change in November, acting EPA Administrator and former coal lobbyist Andrew Wheeler wasn’t happy that the evidence showed coal is (still) bad for the environment.

But rather than accept the scientific findings, Wheeler decided to unleash a conspiracy theory blaming the Obama administration for making coal look bad and not putting enough emphasis on the supposed promise of coal energy. This is despite the fact that most of the work on the report was done during the Trump administration.

As part of his conspiracy theory, Wheeler accused the Obama administration of telling scientists to only look “at the worst case scenario for this report.” He then said he wanted to “take a look at the modeling that’s used for the next assessment” — strongly suggesting that he wants to meddle with the methodology of the next climate report so he can produce the results he desires.

7. The Trump administration covered up the child health risks associated with climate change

In October, while reviewing the proposed language for a new EPA rule, the White House scrubbed key passages that made it clear children face particularly severe health-related risks stemming from climate change.

Before the review, the draft of the rule contained text acknowledging that the dangers of climate change are especially acute for vulnerable populations.

“Certain populations and life stages, including children, the elderly and the poor, are most vulnerable to climate-related health effects,” the draft text stated. “Impacts to children are expected from heat waves, air pollution, infectious and waterborne illnesses, and mental health effects resulting from extreme weather events.”

After the White House review, the language describing the health-related risks for vulnerable populations was removed.

8. The EPA gutted restrictions on the use of asbestos

The Trump administration has dismantled environmental protection rules across the board, but even the most cynical observers were taken aback when the EPA gutted restrictions on asbestos — one of the most dangerous carcinogens ever used in construction — and made it legal again for new uses in U.S. manufacturing.

Asbestos was once widely used in building materials until it was directly linked to lung cancer and mesothelioma. Every year, asbestos still kills 12,000 to 15,000 people in the United States. The U.S. is one of very few countries worldwide that haven’t yet banned asbestos completely. Its use is, instead, heavily restricted in the U.S. But now the Trump administration is dramatically loosening those restrictions.

The dangerous move by the Trump administration is especially eyebrow raising given Trump’s apparent fondness for the asbestos industry — an industry that is still prominent in Russia.

When Scott Pruitt, then-administrator of the EPA, wanted to roll back an Obama-era ban on heavily polluting trucks, he ignored his own agency’s research on emissions, and turned instead to an industry-funded studythat was so flawed, even the university that produced it disavowed the findings.

Pruitt cited the study to justify his proposal to repeal air emissions standards for glider trucks, a type of truck that is advertised and sold as new, but is still equipped with an old diesel engine. The trucks produce between 40 and 50 times as much harmful air pollution as trucks with more modern engines, and if left unregulated, could lead to an estimated 1,600 premature deaths annually and thousands of additional cases of heart disease, lung cancer, asthma, and related health conditions.

As it turns out, the study Pruitt cited was not only deeply flawed, but also plagued by financial conflicts of interest. Tennessee Tech, the university that sponsored the research, denounced the findings as “far-fetched” and “scientifically implausible,” and even sent a letter to Pruitt asking him not to rely on the results of the study, and the faculty senate passed a resolution demanding that the university withdraw the study and launch an investigation.

Ultimately, the university disavowed the study, saying there were serious concerns about “the methodology and accuracy” of the research, and that the EPA should not use it to inform new emissions guidance. The study is currently the subject of an official university investigation into research misconduct for failing to adhere to basic scientific standards.

But for Pruitt, the research was still good enough to justify lowering pollution standards.

The top science adviser for the White House is a position that has traditionally been held by prominent scientists with extensive education and experience. But since Trump failed to nominate anyone to fill the spot, the job fell into the lap of a 31-year-old politics major whose most recent job was as chief of staff for Trump ally and venture capitalist Peter Thiel.

Michael Kratsios — who holds a degree in Political Science with a concentration in Hellenic (Greek) studies — is tasked with advising the White House on decisions about matters ranging from disease outbreaks to natural disasters. He was initially brought into the White House to advise Trump on tech-related issues.

Trump’s failure to appoint a top science adviser leaves the nation vulnerable during times of crisis, when it’s critical to have a point person who can offer objective advice informed by science.

As deadly wildfires ravaged the state of California this summer and fall, the Trump administration was determined to stick to its practice of denying and downplaying climate change, which meant refusing to acknowledge that the blazes were being fueled by rising temperatures and drier conditions.

Since they weren’t willing to talk about the role of climate change, Trump and his allies needed something else to blame the fires on. Naturally, a steady stream of lies followed.

First, Trump blamed the wildfires on California’s own environmental protection policies. He then suggested that there may just not be enough water in California to fight the deadly fires. A short time later, Interior Secretary Zinke pinned the blame on “radical environmentalists,”claiming they would “rather see forests and communities burn than see a logger in the woods.”

Published with permission of The American Independent.