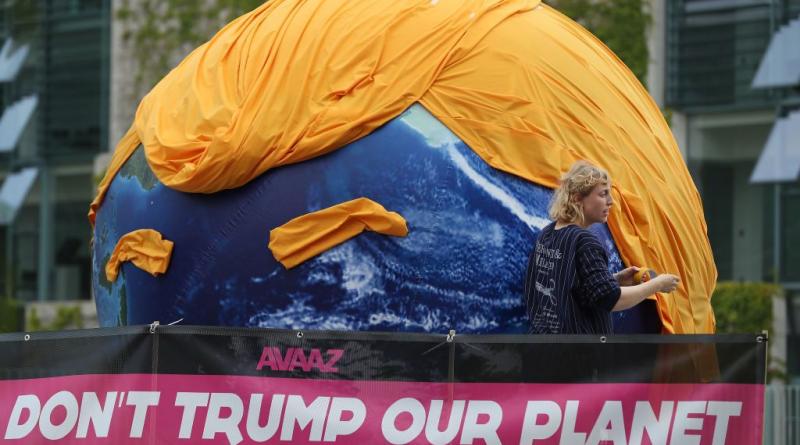 Two years in, the presidency of Donald Trump has been a possibly fatal disaster for our livable climate, a number of climate and clean energy experts told ThinkProgress.

During the 2016 presidential campaign, countless climate experts voiced their concern about Trump, who had infamously called climate change a “hoax” and said it was “created by and for the Chinese.” Trump promised to undo Obama-era environmental laws, bring back coal power, and withdraw from the 2015 Paris climate agreement, in which the world’s nations unanimously agreed to start ratcheting down carbon pollution.

For all these reasons, climatologist Michael Mann wrote in October 2016 that Trump was “a threat to the planet.”

Two years after taking office, Trump has followed through on many of his promises to gut environmental regulations, promote the production of fossil fuels, kill U.S. climate action, and start withdrawing from the Paris accord.

“In explaining the demise of our planet, a coroner’s report might very well read ’cause of death: the Trump presidency,'” said CNN host Van Jones, special adviser for green jobs under President Barack Obama.

“Trump got the Koch Bros what they wanted,” McKibben said, referring to petrochemical billionaires Charles and David Koch. Trump’s rollbacks gave them “another half-decade or so of their business model, even at the expense of breaking the planet.”

Others, such as former Vice President Al Gore, acknowledge that “President Trump is going all out to damage humanity’s efforts to solve the climate crisis,” but take comfort in the clean energy revolution — which continues despite Trump’s repeated efforts to cut funding for research, development, and deployment.

“The price of renewable energy continues to plummet,” Gore noted. “All around the world, cities, states, and businesses alike have said ‘We’re Still In’ and are pushing forward new and increasingly ambitious goals” to cut carbon pollution.

Some experts pointed to the very real public health disaster being created by Trump and his team as they undermine and roll back basic clean air and clean water protections that Americans have come to take for granted.

“The deep culture of corruption at all political levels of the Trump administration has reawakened fears about toxic pollution, water contamination, and even asbestos exposure in communities across the country,” said Christy Goldfuss, former managing director of Obama’s Council on Environmental Quality and currently senior vice president for energy and environment policy at the Center for American Progress. (ThinkProgress is an editorially independent project of the Center for American Progress Action Fund.)

In its first two years, the Trump administration has worked overtime to increase the exposure of our children to substances that are uniquely dangerous to their developing minds and bodies — including mercury, arsenic, and air toxics, as well as polluted water and the pesticide chlorpyrifos, which has been linked directly to fetal brain damage.

Trump’s appointees have routinely done the bidding of the industries they are supposed to regulate; several of them came to government after careers as industry lobbyists. For instance, Acting Environmental Protection Agency (EPA) Administrator Andrew Wheeler is a former top lobbyist for coal giant Murray Energy, whose CEO, Robert Murray, is a huge contributor to Trump.

On the greatest environmental threat to Americans and indeed all of humanity — human-caused climate change — the expert consensus is that we are in a desperate race between the accelerating climate impacts and the accelerating shift to clean energy. Government action is especially important here because simply promoting more clean energy into the market doesn’t avoid catastrophic warming if it isn’t accompanied by policies that reduce fossil use at the same time.

On one hand, the window of time to avoid catastrophic and irreversible climate impacts — such as 10-plus feet of sea level rise and wide-spread Dustbowlification — is closing fast.

“The most destructive action on Trump’s part has been his efforts to thwart the international Paris climate agreement by threatening unilateral withdrawal of the United States from an agreement that every other country in the world has signed on to,” said Mann. “This has provided an excuse for other major carbon emitters, like China, to ease off on their own commitments toward carbon reductions.”

The bottom line for Mann: “As a result, global carbon emissions have now gone up two years straight after having flat-lined for three years, and the battle to stabilize warming below the dangerous 2C level has become that much more uphill a battle.”

Stabilizing warming below 2°C requires that global carbon emissions drop some 80 percent or more by mid-century.

McKibben explained that “a lot of the momentum that was starting to build vanished” when Trump announced in June 2017 that he was rejecting the Paris agreement. “That seems to me the biggest cost, domestically and globally — and it came at just the wrong moment, since we’re clearly at the pinchpoint physically on climate change.”

And we are at a pinchpoint. The latest science says we’re seeing global warming and its impacts accelerate the planet toward a literal point of no return, an irreversible “Hothouse Earth” — catastrophic warming of 9°F (5°C) or more with sea levels eventually rising up to 200 feet.

At the same time, the global clean energy revolution is outpacing Trump’s best efforts to slow it down domestically. Also, some U.S. cities and states are moving forward with their own emissions reductions.

“The real news is what’s happening at the level of individual cities, states, businesses, and more,” said prominent climate scientist Katharine Hayhoe. She pointed to major commitments by companies like Walmart and Apple to embrace aggressive clean energy targets. “One hundred U.S. cities are already committed to 100 percent clean energy (including Georgetown, TX),” she noted.

Gore agrees. “All of these encouraging signs recall a basic rule of physics that applies in the Trump era — for every action, there’s an equal and opposite reaction,” he said.

The question for many experts, though, is will it be ambitious enough?

“Thanks to plummeting costs and favorable policies at the state and local level, solar adoption is continuing to expand,” said Andrea Lucke, president and executive director of The Solar Foundation. “But we need a strong commitment at all levels of government, including from the president, to respond with the speed and scope that this emergency requires.”

For Van Jones, the delay in climate action has been fatal. “These are the last crucial years when America needs to be investing massively in clean energy technology, but we are instead wasting time on sideshows, sloganeering and stupidity,” he said.

“Our children will never forgive us.”