A Girl from Mogadishu review – tragedy and joy in a daring escape. 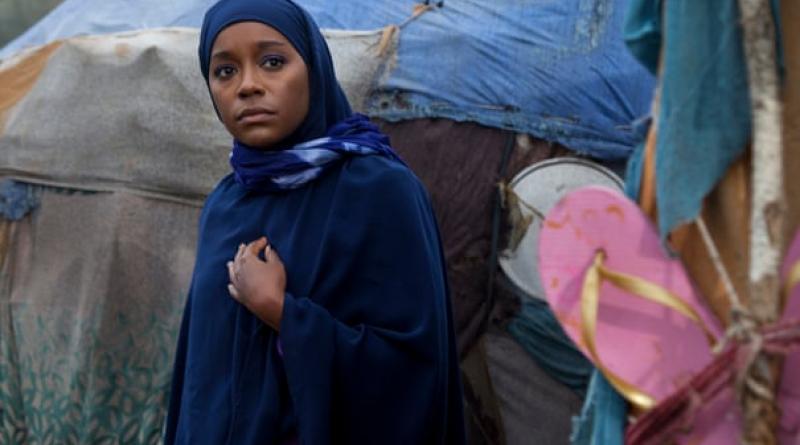 This real-life story of a Somalian teenager who became a bold activist against FGM delivers earnest, effective drama.

Inspired by real events, this earnest but effective drama depicts how Ifrah Ahmed (played as a teenager by Malaika Herrador and as an adult by Aja Naomi King) escaped Somalia during a war in 2006, made it to Ireland where she was eventually granted asylum, and went on to become a crusading activist against female genital mutilation. It’s certainly a remarkable story, one full of tragedy, adventure, suspense and even moments of joy, especially in the latter half when Ahmed finds a community of friends and allies willing to help her quest.

King brings a graceful, forceful intelligence to the role, taking pains to learn Somali for substantial swathes of dialogue in that language, not least with Barkhad Abdi, the lead pirate from Captain Phillips and who offers a very different performance here as a shifty trafficker who helps get Ahmed to Dublin. The rest of the cast is a mix of professionals and non-professionals from Ireland and Somalia. Some are more persuasive than others, but Martha Canga Antonio particularly impresses as Amala, a fellow refugee. Fans of Father Ted will find it hard not to cheer at seeing Pauline McLynn, Mrs Doyle herself, in a small role as a kindly social worker.

Director Mary McGuckian (Rag Tale, The Price of Desire) isn’t a talent known for her subtlety and this is a typically passionate effort, sometimes a little over the top. The script, as it races through the years covered, doesn’t pause for breath or character shading. Some might feel it skims the issue of how Ahmed and her fellow campaigners hope to stop FGM when it’s so horribly baked into the cultures where it is practied. A late scene shows her paying a family hundreds of dollars and getting them to swear on a copy of the Qur’an that they won’t cut their own daughters – it makes for a climactic conclusion but hardly offers a persuasive campaigning model going forward.

• A Girl From Mogadishu is available from 4 December on digital platforms.

New report ranks how friendly – or not – African governments are towards girls.