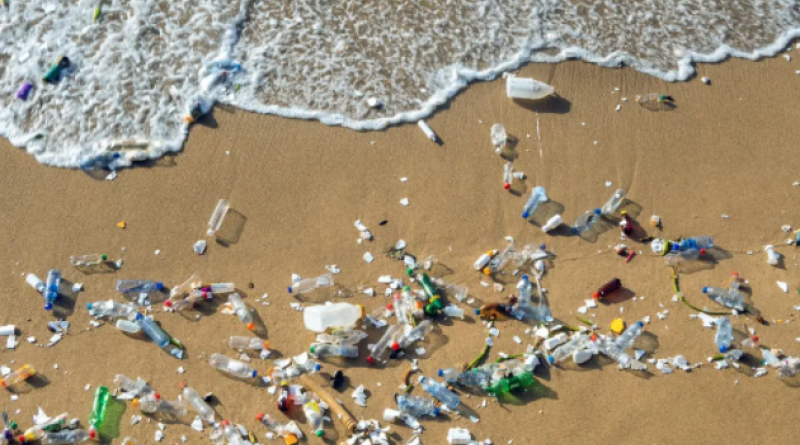 Drinks companies must play their part in tackling pollution by reducing packaging and switching to re-fill models, campaigners say.

Coca-cola branded bottles remain the most common plastic litter found washed up on UK beaches, according to new analysis.

Some 16 per cent of plastic found on Britain's shores had the Coke label attached, according to marine conservation charity Surfers Against Sewage (SAS).

Coca-cola, the world's most popular soft drink, "tops the leader board year on year", SAS said.

Drinks companies have no control over what happens to their products once they leave shops, although campaigners urged them to take more responsibility for waste by reducing packaging and encouraging re-fill models.

Activists also called on the government to speed up the introduction of a deposit return scheme (DRS) to incentivise recycling.

“Our annual Brand Audit has once again revealed the shocking volume of plastic and packaging pollution coming...from big companies and some of their best-known brands," Hugo Tagholm, SAS chief executive, said.

"Legislation such as an ‘all-in’ deposit scheme needs to be introduced urgently and governments need to hold these companies to account and turn off the tap of plastic and packaging pollution flooding the ocean,” he added.

In March the government held a fresh consultation on plans for a DRS scheme for plastic and cans, aimed at tackling the UK's poor recycling rates.

Ministers subsequently said the scheme will not be introduced until at least 2024.

In Germany, where a DRS is in operation, recycling rates of plastic, cans and glass are at 97 per cent, according to an Institute of Economic Affairs report.

A Coke spokesperson said: “Like everyone, we care about reducing packaging waste and we don’t want to see any of our packaging end up where it shouldn’t. All of our packaging is 100 per cent recyclable and our aim is to get more of it back so that it can be recycled and turned into new packaging again.”

The spokesperson added: "It’s disappointing to see any packaging being littered and that’s why we support the introduction of a well-designed deposit return scheme, which would encourage people to recycle rather than litter or throw away. In Great Britain, we’re continuing to work with numerous organisations to encourage more recycling on-the-go and we’re actively supporting a number of initiatives with the aim of making litter something of the past.”

Andrew Opie, director of food and sustainability at the British Retail Consortium, said: “Supermarkets are working quickly to remove unnecessary plastics from their stores, having already removed all polystyrene packaging and plastic cutlery, as well as trialling packaging free and refillable options. This helps explain how supermarkets achieved a drop in the amount of plastic across their own brand products.

“More needs to be done and retailers have set themselves challenging reduction targets and are committed to ensuring all packaging will be 100 per cent reusable, recyclable or compostable in the future. However, government and local councils must play their part by improving our current recycling infrastructure, and better enforcing laws against irresponsible littering.”

SAS called on companies such as Coke to reduce their packaging and to switch to a re-fill model, where customers top up drinks containers rather than buying a new plastic bottle.