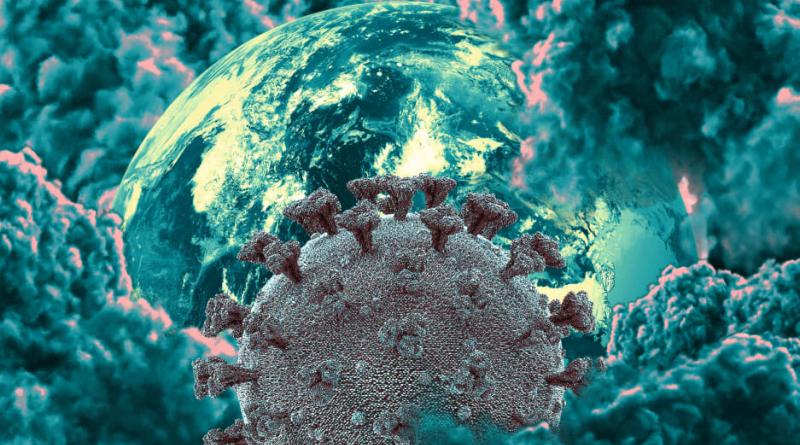 What would a fast, coordinated, collective response to climate change look like?

The coronavirus has transformed everyday life so significantly that the effects are already visible from space. In China, where hundreds of millions of people were quarantined to help stop the spread of the disease, before-and-after satellite photos show pollution disappearing as work came to a standstill. In the U.S., as the number of coronavirus cases has grown quickly, companies are asking employees to work from home and canceling conferences. Schools are canceling classes. In Italy, another massive quarantine is underway. The changes have been sudden, driven by widespread recognition that it’s a public health emergency—and, although the window of opportunity may have already closed, a chance to prevent another deadly disease like the flu from becoming a permanent, ongoing problem.

The scale of the response raises another question: What would it look like if the world responded to the climate crisis with a similar sense of urgency? The coronavirus response might not have been as fast as it should have been; if the Chinese government had acted faster, the virus might not have spread to other countries. And the Chinese government’s authoritarian tactics shouldn’t—and couldn’t—be emulated in large parts of the rest of the world. But in countries around the world, governments and citizens have been quick to change daily habits. The same hasn’t happened for the climate crisis.

“We’ve seen that governments can act, and people can change their behavior, in a very short amount of time,” says May Boeve, executive director of the climate advocacy group 350.org. “And that’s exactly what the climate movement has been asking governments and people to do for years in the face of a different kind of threat—the climate crisis—and we don’t see commensurate action. On the one hand, it shows that it’s possible to do this, and it’s possible for this kind of mobilization of resources to take place in a short amount of time. In that sense, that’s encouraging. But we were never in doubt of that aspect.” Instead, she says, it was a question of whether there was political will for rapid change.

There are similarities between the situations—in both cases, the scientific community is offering clear warnings about what to do. Both involve public health. Climate change is already killing people in extreme heat waves and other disasters; it’s also worsening food and water shortages and it will displace hundreds of millions of people. The same pollutants that contribute heavily to climate change also cause air pollution that kills millions of people each year. Diseases like malaria and dengue fever are likely to spread as mosquitoes move into new regions. And as with coronavirus, people living in areas with the fewest resources are being impacted most by climate change. “Climate change also affects the most vulnerable first and worst,” says Boeve. “So we see that pattern play out as well, and how this is unfolding and how the response is and is not responding to that inequity and impact.”

If the world was responding to climate change like it’s responding to the coronavirus—the level of urgency that the science says is necessary—things would look dramatically different. “We would see a lot of different things happening all at the same time,” says Boeve.

Governments would come up with the funds to build the infrastructure needed to fully roll out renewable energy. “It’s cheap enough and available, but the regulatory systems that would enable people everywhere to get clean energy would require massive government investment,” she says. “We would see these kinds of emergency packages that would get people off of the fossil fuel grid and onto a clean grid right away.”

After wildfires and extreme floods, relief packages would acknowledge the role of climate. In cities, development rules would change to require low-carbon construction. Farms would shift to regenerative agriculture. Just as the airline industry is struggling because of the coronavirus, some industries would see real impacts. “We probably wouldn’t still have an oil and coal and gas industry that was thriving in our economy,” says Boeve. We would have to find ways to support the workers from those industries, as well.

“It’s a whole bunch of different things, which could all happen quite quickly, because we do actually know what needs to happen,” she says. “And that’s the amazing thing. But the shift in which, and this is what’s so interesting about what’s unfolding with a public health emergency is that I think there’s a trust in the public health community to say, these are the measures we need you to put in place right now. They’re ready to go and policymakers are acting. And the same thing is true with climate change. We’ve got those policies, they’ve been drafted. They’ve been waiting to be enacted.”

A growing number of cities and countries have formally declared a climate emergency. Some are acting more quickly than others. But the overall mobilization looks nothing like the response to the coronavirus. In part, that’s because climate change still seems like a somewhat distant problem, despite the growing number of climate-related disasters that happen every year. Another obvious challenge: In the climate crisis, powerful companies have a lot to lose if the world acts decisively, and with the virus, though many people are losing money, there’s no similarly massive opposition to trying to address the problem.

“The entrenched power and staying with the status quo is what differentiates climate change from this particular crisis,” says Boeve. “That is something that a lot of people are working on, and that is changing. It’s becoming more and more hard politically to justify taking donations of fossil fuel companies, for example. That is starting to shift.”

Adele Peters is a staff writer at Fast Company who focuses on solutions to some of the world's largest problems, from climate change to homelessness. Previously, she worked with GOOD, BioLite, and the Sustainable Products and Solutions program at UC Berkeley, and contributed to the second edition of the bestselling book "Worldchanging: A User's Guide for the 21st Century."