US and China commit to tackling climate crisis ‘with seriousness and urgency it demands’. 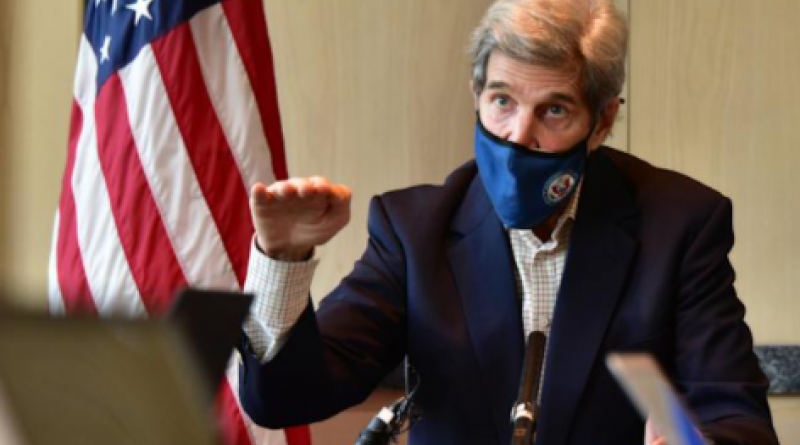 The world’s two biggest polluters have agreed to ramp up their ‘respective actions’ to combat the climate crisis.

The United States and China have agreed to work with other countries to address the climate crisis days before President Joe Biden is set to host a virtual summit on the issue.

The two countries, which represent the world’s two biggest polluters, struck the agreement last week during talks in Shanghai between US climate envoy John Kerry and his Chinese counterpart Xie Zhenhua.

“The United States and China are committed to cooperating with each other and with other countries to tackle the climate crisis, which must be addressed with the seriousness and urgency that it demands,” a joint statement released by the US State Department said.

Both countries, the statement said, will be ramp up their “respective actions and cooperating in multilateral processes, including the United Nations Framework Convention on Climate Change and the Paris Agreement”.

Already Mr Biden had the US rejoin the Paris Agreement on his first day in the Oval Office after his predecessor, former President Donald Trump withdrew the country from the climate accord.

With China and the US being the two biggest carbon polluters in the world, the joint commitment represents a significant step in the fight to address the climate crisis.

It also comes after Chinese Vice Foreign Minister Le Yucheng signalled on Friday that China would be unlikely to make any major climate pledges before this week’s 22-23 April summit, which Mr Biden has invited at least 40 world leaders to.

“For a big country with 1.4 billion people, these goals are not easily delivered,” Mr Le said during an interview with The Associated Press earlier this month in Beijing.

“Some countries are asking China to achieve the goals earlier. I am afraid this is not very realistic,” he had said.

Asked whether Chinese President Xi Jinping would be accepting Mr Biden’s invitation to the climate summit, Mr Le said: “The Chinese side is actively studying the matter”

In their joint statement, the US and China said “both countries look forward to the US-hosted Leaders Summit on Climate”.

The two countries also said they would be taking steps to prepare for the upcoming UN climate summit set to take place in Glasgow in November.