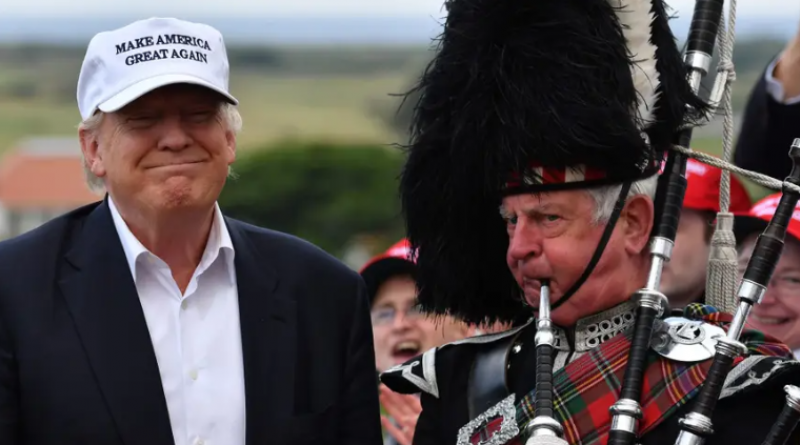 Before he became president, Donald Trump was best known in Scotland as the man who pushed through the construction of a hugely controversial golf course in the face of fierce opposition from locals and conservationists.

The result was Trump International Golf Links, a sprawling course set among the spectacular sand dunes at the Menie Estate along the coastline of Balmedie, Aberdeenshire.

The former president is very attached to the course: He arranged a high-profile photo-op there as a presidential candidate in 2016. There were even rumors that he would fly there in January to avoid President Joe Biden's inauguration.

However, the resort has done huge damage to local habitats, which lost their protected status due to the irreversible damage the course caused.

And locals and conservationists now say the Trump Organization's latest plan to build a second 18-hole golf course approved by Aberdeenshire Council last year — will cause even more environmental destruction to the area than the existing course already has. 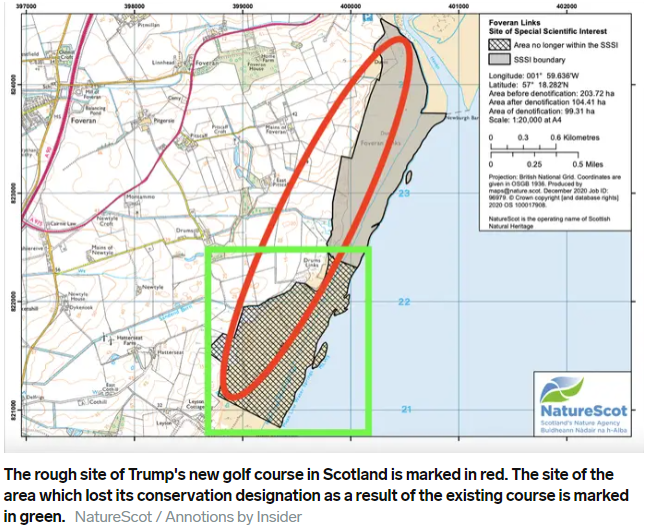 Locals believe they have good reason to be worried.

Last year, the sand dunes at the existing Trump International course lost their status as a specially designated conservation site after officials at NatureScot, a watchdog, concluded that the golf course had "destroyed" the dune system causing permanent habitat loss.

The damage was so bad that officials decided there was no point in giving that part of the conservation area special scientific status any longer.

"Sand dunes are a dynamic system, they're wind-driven, so they go backward and forwards," said Bob Ward, policy and communications director at the Grantham Research Institute on climate change and the environment at LSE.

"Building a golf course on top means you can't have the dunes moving around, so they have to stabilize them. So they've essentially planted vegetation on top of them and put physical constraints on them so the dunes can't move and it's not a dynamic system anymore

"The argument the Trump International Golf Links used was that they'd protected them by stabilizing them. But essentially what they've done is they've just killed it as a natural environment."

"Sand dunes as a habitat are rarer than rainforests," said Guy Ingerson, a Green politician who is standing in Aberdeen Central in Scotland's May elections.

"They're one of the world's fastest-disappearing habitats. So to lose such a large area of coastal sand dunes like this has been really devastating as an environmental issue up here." 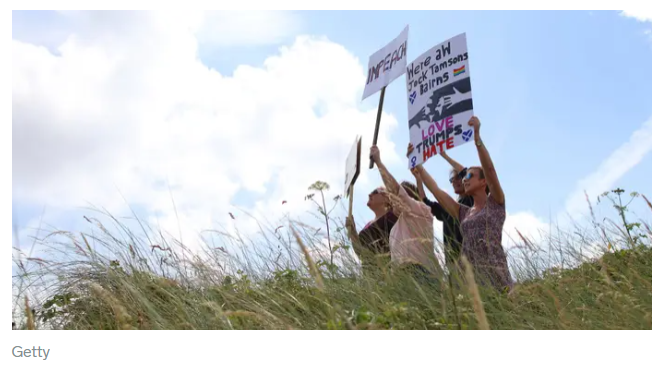 Trump's second course will adjoin the existing one and be built on a different area of sand dunes that remain part of the Site of Special Scientific Interest. There are fears that those, too, will now be destroyed, meaning the entire sand dune system will eventually be destroyed — or "stabilized."

"I think it will lead eventually to further damage to all of the sand dunes," said the LSE's Bob Ward.

"There will be nothing left of the natural dune system. At the moment if you go there, you go along the shoreline and there's a very large dune bank that protects the inland including the golf course. And once you go inland, there was this whole dune system. But part of it has already been destroyed by the golf course — and now a bigger area is going to be affected by this second golf course. The whole thing is going to be unrecognizable."

The council said the new course "will contribute towards the significant social and economic benefits expected to be delivered by the wider development proposals within the Menie estate."

But the current course has posted losses of over $1 million a year and locals say the economic benefits promised by the Trump Organisation when they built the first course have never materialized.

Guy Ingerson said: "Mr Trump and his organization promised the world: Thousands of jobs, lots of new amenities for the local community. That hasn't happened. So why are we allowing him to create a new golf course when he hasn't delivered on the existing promises made?"

The Trump Organization did not respond to a request for comment.