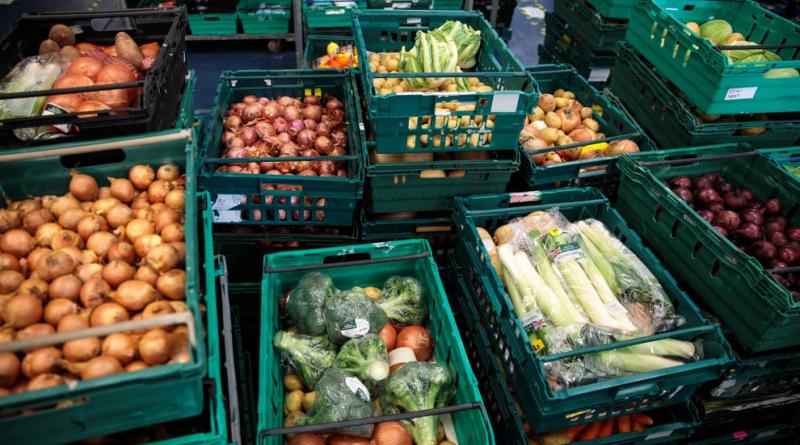 Supermarkets are throwing away the equivalent of 190 million meals a year that could be given to the hungry, The Independent reveals today.

The latest data shows that Britain’s top 10 chains are donating less than 9 per cent of their surplus food for human consumption.

The government-backed charity Waste and Resources Action Programme (Wrap) says that an additional 80,000 tons of the leftover food would have been suitable to donate. Every 1,000 tons amounts to 2.4 million meals.

Labour condemned the waste as a “scandal”, while campaigners have called for more to be done by the government to make sure that the surplus gets to those struggling with food insecurity.

Data for 2019-20 seen exclusively by The Independent shows that 258,096 tons were either sent for animal feed or pulped in crushers at the back of superstores and sent to anaerobic digestion plants to produce biogas or fertiliser.

Daniel Zeichner, shadow minister for environment, food and rural affairs, said: “The amount of food that goes to waste is a scandal when millions of children in this country are going hungry. The government has been too slow to recognise what is happening because it has the wrong priorities. Instead of simply wishing the issue away, ministers should look at how other countries report surpluses and waste, because what we’re doing clearly isn’t working.”

The worst-performing supermarkets were Sainsbury’s and Iceland, with 3.8 and 1.7 per cent donated respectively. Tesco, meanwhile, was top with 13.7 per cent, while Aldi and Co-op also managed above 10 per cent.

Demand at food banks has soared during the pandemic, as more than half a million people have been pushed into poverty. In the first few weeks of lockdown, up to 3.7 million adults sought charity food or used a food bank, while the plight of those struggling to feed children has been highlighted by footballer Marcus Rashford’s campaign over free school meals. The Independent’s Help The Hungry campaign, in conjunction with the Evening Standard, raised more than £10m to feed the nation’s poorest by supporting The Felix Project, London’s largest food redistribution charity.

Campaigners fear that if the government scraps the £20-a-week uplift for those on universal credit, hundreds of thousands more families will be plunged into poverty. Mike Hawking, of the Joseph Rowntree Foundation, said: “One in five people in the UK live in poverty, which means they may struggle to afford food, bills and other essentials. This is simply unacceptable, and as a society we must do more to prevent people from having to face these really difficult situations.”

There are also concerns about the environmental impact of overproduction, leading to deforestation and greenhouse gas emissions for produce that is ultimately thrown away.

Supermarkets currently report their wastage figures themselves, without independent verification. But there are fears over the accuracy of this data both previously and today – Sainsbury’s said that its fall from 7.6 per cent four years ago to 3.8 per cent could be explained by improved “reporting processes”.

The Department for Environment, Food and Rural Affairs started a consultation over mandatory reporting that would require independent, third-party verification, but this was postponed because of the pandemic. A restart date is yet to be set, though the department said it would be this year. However, that would mean any mandatory reporting would not begin until 2023 at the earliest.

Clare Oxborrow of Friends of the Earth said: “We can see that voluntary initiatives haven’t worked and therefore the government should introduce mandatory reporting of food waste data by UK supermarkets and targets for waste reduction. This would mean transparency and result in a level playing field, incentivising food waste reduction and redistribution.

“It is clearly unacceptable that with a climate and ecological crisis, as well as rising poverty and hunger, supermarkets in the UK are wasting tens of thousands of tons of edible food. The land, water and energy used to produce, then dispose of, uneaten food is sickening.”

Will Nicholson of the Food Foundation, a charity campaigning to end child food poverty, called for action to be taken immediately. “It would be extremely effective if government was to mandate on reporting of key metrics if we are to achieve the sustainable development goals,” he said.

“This could include reporting on food waste as well as percentage increase in healthy food sales and sustainable sourcing. We need government to act now to support businesses and encourage investors and shareholders to provide transparent targets.”

Wrap said that while retailers and food businesses have made efforts to increase food redistribution, “there is potential to do much more”. A spokesperson said: “The key thing is to make sure that this food gets eaten rather than wasted. We are calling for all food businesses to target, measure and act on food surplus and waste in line with our published best practice.”

Is your supermarket best or worst for waste?

They say: “We first published our food waste data in 2013 and believe that only by understanding the hotspots can we reduce waste. Our priority is to reduce this surplus through optimising our forecasting, ordering and ‘reduce to clear’ processes. Our target is that no food safe for human consumption will be wasted and [if you deduct 16,497 tons sent to animal feed and 9,661 tons given to colleagues] we are now 77 per cent of the way there.”

They say: “We are committed to tackling food waste and in 2019 we donated almost 6 million meals to local causes and those in need from our UK stores and depots. Through our Food Share redistribution programme – which redistributes unsold fresh food nearing its ‘use by’ or ‘best before’ date – our stores in Greater London gave produce for 4.6 million meals to 100 charities and organisations fighting to alleviate food poverty. In addition, through our partnership with FareShare, we donated 1.3 million meals.”

They say: “Our intention is that all edible food is redistributed and we are in the process of developing more efficient measurement functions to improve our ability to identify food surplus fit for human consumption. Since the start of our relationship with FareShare in 2017, we have donated 1,792 tons of surplus food, equivalent to 4.2 million meals.”

They say: “In response to Covid, we accelerated the rollout of new technology to redistribute more food in our 585 owned stores. The app sits on our [staff’s] handheld devices and means we can calculate the food we have available to donate and send a direct alert to our charity partners. Through our partnership with Neighbourly, our stores have supported 1,500 causes since 2015. Currently, the app is enabling us to donate 60 per cent of our edible surplus each week and our redistribution rates have doubled in most stores.”

They say: “Our target is to reduce operational food waste by 50 per cent by 2030 and from our starting point in 2016 we are on target to meet this goal. We also aimed to double the amount of food redistributed by 2019-20 and have achieved that goal.”

They say: “We donated 1,723 tons of surplus food to charity and gave 420 tons of vegetables to customers free of charge at Christmas and Easter. We are working to remove food waste from across operations and during 2019 extended our food donation programme to over 450 stores. In the last three years, we have supported 2,000 charities and have donated 4.7 million meals.”

They say: “Addressing food waste is one of the most important topics our industry is facing and we are fully committed to it. The amount of food we redistributed for human consumption has almost tripled over the last three years since the launch of our national food redistribution programme – Feed It Back – in partnership with Neighbourly.”

They say: “In 2019-20, 92 per cent of our stores had food donation partners and we now have over 1,100 such partnerships across the UK. This year, for a range of reasons, the amount of leftover operational waste in our business is down. This is a positive step for climate change but had a knock-on effect on the amount of surplus food we had to donate.”

They say: “Our focus on frozen helps to cut waste throughout our supply chain. We have achieved a 23 per cent reduction in food waste in the last two years. Following a trial, we are currently rolling out a policy allowing store colleagues to take unsold food home with them at the end of the day.”

Data all self-reported by supermarkets, except Aldi, whose surplus was calculated using an estimate based on market share

Time to get serious about food waste in fight against global heating.