MPs urge government to create a 'minister for the dark sky'. 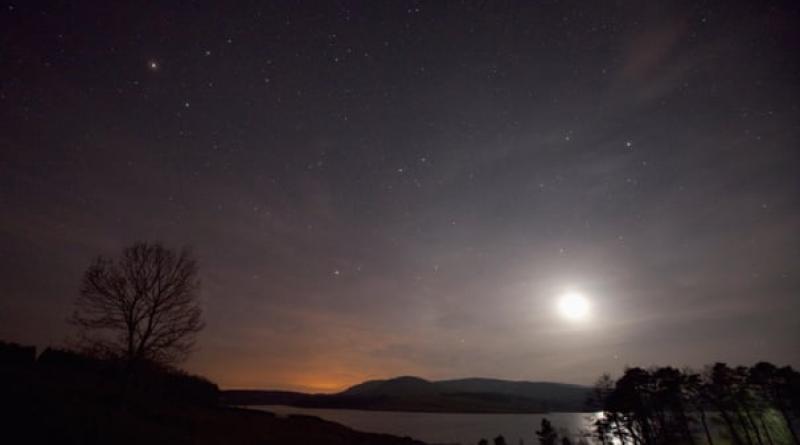 MPs have called for urgent action to reduce light pollution, promote “dark towns” and restore a sense of wonder in the night sky.

Supported by the astronomer royal, a cross-party group urged the government to designate a “minister for the dark sky” and to establish a statutory commission to regulate excess lighting.

These are among 10 policy recommendations to prevent “night blight” and to dim human illumination, which is spreading in range and intensity across the planet by about 2% a year, with often negative impacts on wildlife and human wellbeing.

In a report launched on Wednesday, the all-party parliamentary group for dark skies says the UK should join countries such as France and South Korea in legislating to protect nightscapes through planning regulation, light curfews and limits on the type and intensity of lighting in certain areas.

“We think there is a crisis of light pollution. The harm is well understood to humans and nature,” the co-founder of the group Andrew Griffith MP, said. “If we can’t connect young people to the universe they are part of, it is hard to get them involved in other debates about the future of the planet.”

A growing body of scientific evidence suggests light pollution is detrimental to mental health and the environment, by disrupting hormone levels, breeding cycles, activity patterns and vulnerability to predators. The systemic scale of the problem has drawn comparisons to climate change.

Many young city dwellers are growing up without seeing the stars. The most recent annual Star Count organised by CPRE – formerly known as the Campaign to Protect Rural England – found that 61% of people in the UK were unable to see 10 stars in the Orion constellation due to light pollution.

Martin Rees, the astronomer royal and a former president of the Royal Society, said dark night skies had social, psychological and educational benefits.

A co-founder of the group, he urged sensible regulation, particularly of outside floodlights in car parks and warehouses, and said policies should encourage red spectrum rather than blue spectrum light because the latter could disrupt the diurnal cycles of animals.

Griffith said next year’s national planning policy framework should be used to ensure that future generations could see the Milky Way on a dark night.

As MP for Arundel and South Downs, which contains one of the UK’s international dark sky reserves, he said he would like to see the creation of a “dark sky town and cities” classification that would encourage local governments to promote light reductions.

He also favours stronger statutory nuisance provisions to cover excess lighting and wants authorities to enforce standards with the same vigour as they do noise disturbances.

So far, the group say they have received little pushback from industry. They accept that dimming and darkness will not always be appropriate, for example on airport runways, but argue that there should be considerable scope to scale back on the unnecessary illumination of empty streets and of the forecourts of petrol stations between midnight and 4am.

Emma Marrington of CPRE, the countryside charity’s dark skies campaigner, said action to stem the flow of unwanted light would have many benefits. She said: “This would not only save money, but would help to tackle the climate and nature emergencies, while limiting the impacts of light pollution on our health and wellbeing. Over nine in 10 people agree that gazing up at a sky full of stars has a positive impact on their wellbeing.”

The dark skies report will be debated in parliament on 14 December.

Bluer Skies, Less Greenhouse Gas. What Happens After the Pandemic?