Inside Somalia’s vicious cycle of deforestation for charcoal 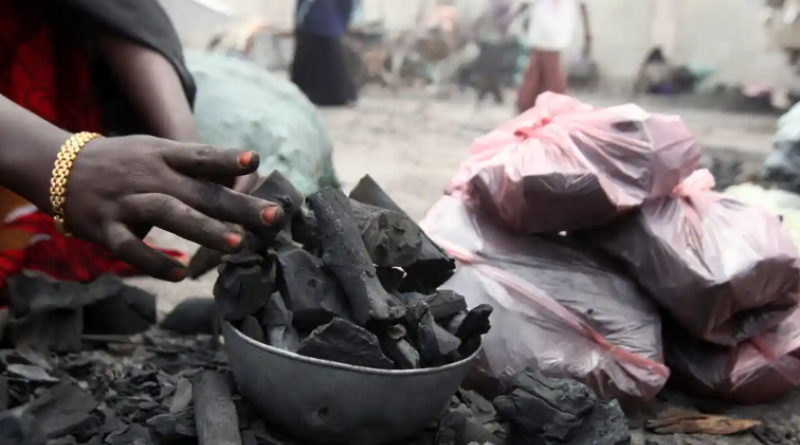 In Mogadishu, the charcoal trade is thriving on the city’s streets, prompted by the sharp rise in gas prices over the past two years. As more Somalis turn to charcoal as an affordable energy option, experts say the growing demand is fuelling unsustainable levels of production and accelerating climate change amid the country’s worst drought in four decades.

Environmentalists say the situation is acute in the Lower Shabelle region’s Wanlaweyn district, the centre of the charcoal trade, about 55 miles (90km) north-west of the capital.

“The levels of deforestation have gotten so severe that most of the trees along the banks of the Shabelle River have been cleared out,” says Abdilatif Hussein Omar, the executive director of Action for Environment, a conservation organisation that operates in the Horn of Africa.

In the south of the country, the lives of many pastoralists and farmers have been disrupted by extreme weather, so they have been looking for other ways to earn money.

Hussein says the environmental damage has caused a vicious cycle. “It rains less because people are cutting down more trees to meet the demand for charcoal, which means crops are not able to grow, which affects farmers and livestock who depend on the land for survival,” he says.

Mowlid Jama used be a farmer but turned to logging after he lost his crops in the 2017 drought. Jama says that on an average day, he spots about 10 to 15 other loggers cutting trees in Lower Shabelle’s forests. For a two- to three-month stretch, they cut down trees for wood until a lorry arrives to transport it to the outskirts of Mogadishu, where business people burn it into charcoal for sale.

One logger, Hassan Omar, says it can take a full day to cut one tree. “They are around a century old,” he says. He says he now has to travel 50-60km away from Wanlaweyn, where he started logging, because all the tall trees there have been felled. “We keep reaching town after town and going deeper into the woods,” he says.

Lower Shabelle is a volatile region, one of many parts of the country that is largely out of the control of the Somali government, and there are no structured, government-driven efforts to restrict logging.

The jihadist group al-Shabaab, which exercises control in some regions, has been trying to grow its influence in recent years by playing a quasi-governmental role on issues such as environmental protection. In 2018, it imposed a ban on single-use plastic bags and is enforcing crackdowns on the cutting down of leafy trees. The Islamist group brutally enforces its policies.

“Some of the loggers have received threatening calls from al-Shabaab, while others have been physically harmed,” says Guled Warsame, a logger. Despite the dangers and environmental harm, Warsame says he needs the work. “Al-Shabaab has ordered us to stop cutting dry trees but we can’t. It’s our only way to make money.”

However, he says, drivers who transport wood face much greater threats than loggers from rogue bandits and local militias. Not only do they work under dangerous conditions but they need to remain aware of the evolving rules of the trade.

Dahir Abdalla, a lorry driver, says he was recently detained by al-Shabaab for a few days when transporting dry wood, but was eventually released. He believes that the group may be in the process of initiating a crackdown on logging and transportation of wood from dry trees, but says that, for now, the only clear ban is on the cutting and transporting of wood from leafy trees.

“We only pick up dry tree wood in our lorry and never leafy wood because al-Shabaab doesn’t allow that. If they catch us transporting trees that still have leaves, they will set our vehicle on fire,” he says.

Despite the crackdown, reports show that revenue from the trade is an important income stream for al-Shabaab, with a 2014 estimate suggesting that the group earned an annual total between £6.5m and £14.5m from imposing charges on charcoal traders at one road block alone.

For those in the business, the charges add heavily to their costs of operation. Two businesswomen, Amina Mohamed and Saynab Hersi, decline to go into detail about how much they pay the group, because of the sensitivity of the issue, but say they face double taxation – from the government when the lorries travel through major cities and districts, and from al-Shabaab when travelling through the countryside.

Even with the charges, however, dealers say they make enough to keep them in the trade. Yasmin Salad, who has been in the business for eight years, says she makes a profit of 1.8m Somali shillings (£2,600) for every 510 bags of charcoal, which she sells at 11,700 shillings each, over a six-month period.

Droughts in Somalia are partly our fault. We could at least let more migrants in