If U.S. Emissions Rose In 2018 Despite Clean Energy Growth, How Can We Meet Climate Goals? 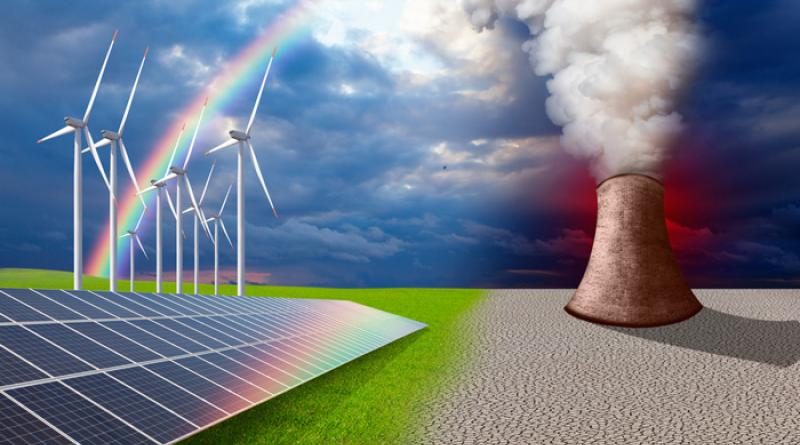 Although that may seem counterintuitive, economic growth and extreme weather increased energy demand, despite power sector decarbonization. To help avoid dire consequences of global warming, the U.S. will need to decouple energy productivity and economic growth to accelerate emissions reductions .

Positive steps are underway, from increasing clean energy deployment to critical technology investments, and these need to be continually strengthened. In the past few years, emissions reductions have largely come from state-level action rather than federal policy. But asmomentum builds behind sweeping federal climate legislation, policymakers should consider a suite of energy policies that address all economic sectors by combining performance standards, economic signals, and research and development (R&D).

In the past ten years, U.S. electricity generation from coal has declined from 44% to 27%, while the share of renewables has grown from 11% to 18%, according to the 2019 Sustainable Energy in America Factbook by BloombergNEF and the Business Council for Sustainable Energy (BCSE).

A record 13 gigawatts (GW) of coal plant capacity either closed or was announced for retirement in 2018, but unlike coal, renewables continued growing: 19.5GW of wind and solar were added to the U.S. grid last year, and wind is the largest single source of zero-carbon generation, essentially even with nuclear.  Renewable energy capacity has now doubled in the last decade, with wind and solar making up nearly all new additions.

Subsidies and rapidly falling costs have made this growth possible. Solar prices have fallen more than 90% and onshore wind prices have fallen about 65% over the past decade, spurred by expanded deployment and utilities of scale.  Building new solar or wind resources is even cheaper than continuing to run existing coal plants in some areas of the country, and renewables are now competitive with fossil fuels even without subsidies.

But despite soaring renewables deployment, electricity generation from natural gas nearly doubled in the last decade, spurred by lower prices due to the U.S. fracking boom. While natural gas generation produces fewer emissions than coal, it is still carbon-intensive, and methane leakage rates greater than 3.2%  anywhere from production to generation make it worse for the climate than coal.

Despite the U.S. power sector transformation, GHG emissions still increased in 2018, which BNEF/BCSE attributes to GDP growth and extreme weather. The U.S. economy expanded at its fastest pace in five years, affecting overall energy demand, and extreme weather helped drive up energy consumption at a faster pace than GDP – 2018 saw the highest demand for building cooling since at least 1990, and the highest heating demand since 2014.

Emissions would have climbed even higher if not for power sector decarbonization. While U.S. electricity consumption rose 2.2%, CO2 emissions from power plants rose just 0.6%, leading BNEF/BSCE to report “the overall jump in CO2 emissions during 2018 is a clear reminder that technological advancements on their own cannot address the climate challenge. Strong supportive policies are needed at the local, state, as well as federal level.”

Sufficiently reducing emissions requires enacting smart policies.Modeling shows no one policy can sufficiently tackle emissions – instead, a portfolio of policies that reinforce one another and address all sectors of the economy can drive significant emissions reductions. Smart policy design involves identifying the largest sources of emissions, then evaluating the most effective ways to rapidly decarbonize them.

The most effective policies largely fall into three categories, which strengthen each other when designed well:

Any suite of policies should apply these design principles to the biggest emissions sources.  U.S. emissions are dominated not only by the power sector, but by industry and transportation, along with agriculture and buildings.

One of the most efficient ways to decarbonize the power sector is a steadily increasing clean energy standard, with complementary policies to provide the grid flexibility needed to support large shares of renewables. Setting ambitious targets and then aligning utility decisions to meet these goals through performance-based regulations encourages coal retirements and curbs natural gas use, and financial tools like securitization can manage the coal-to-clean transition. Two states and more than 90 U.S. cities have set 100% clean energy targets, adding momentum to this policy trend.

Stronger building codes and appliance standards, along with industrial energy efficiency measures could drastically cut U.S. energy demand. In both sectors, efficiency standards should set minimum energy performance requirements and then require continuous improvement over time to drive down emissions year after year while achieving net savings for consumers.

The industry sector has the additional challenge of reducing process emissions – non-fuel emissions like oil and gas pipeline leaks, CO2 released as a byproduct of cement production, or the powerful GHGs called fluorinated gases that are used as refrigerants. Luckily, just seven process emission sources were responsible for nearly 90% of all global process emissions in 2010, meaning a small set of strategies can have an outsized impact. Technological and policy solutions for these specificindustrial process emissions challenges exist, and are being successfully deployed worldwide.

With strong power sector policies, electrification becomes key for these other energy sectors because a decarbonized electricity system can replace fossil fuels in other parts of the economy.  Vehicles, building components that would otherwise burn natural gas, and factory equipment like furnaces and boilers should be electrified wherever possible to reap the maximum benefits of clean energy.

Lastly, carbon pricing reaches across all economic sectors, but its influence will vary by sector.  Carbon pricing is considered an effective tool in the power and industry sectors, but transportation and buildings emissions can be more price-resistant. When well-designed, this policy should create a long-term emissions reduction goal to provide business certainty of at least 10 years, become more stringent with time, and be designed to capture 100% of the market and go upstream when possible.

Strong climate policies have been adopted in countries across the world, as well as in many U.S. states.  When used in tandem, they have the power to create major emissions reductions. Climate change solutions are in reach – we just need strong policy to get there.