GSAS to be adopted in Kuwait following a strategic partnership between GORD and NTEC. 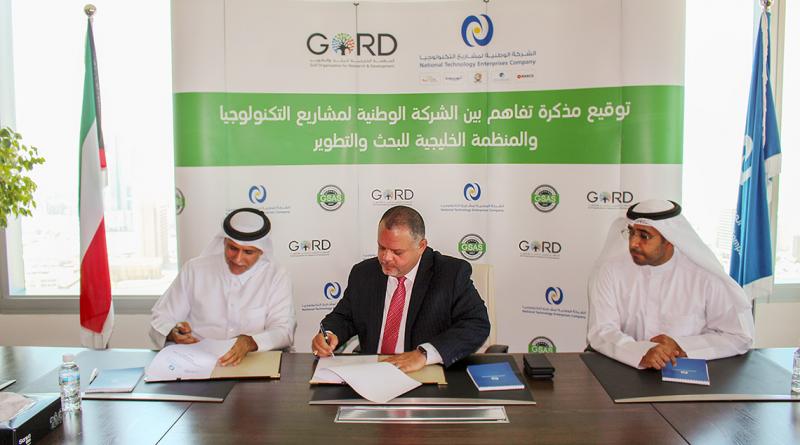 The Gulf Organization for Research and Development (GORD) has signed a memorandum of understanding (MoU) with Kuwait based National Technology Enterprises Company (NTEC), a member of the Kuwait Investment Authority, to expand the reach of Global Sustainability Assessment System (GSAS) in the neighboring country. Attending the MoU signing ceremony were the Chairman of GORD, Dr. Yousef Alhorr and the CEO of NTEC, Anas Mirza, among other senior officials from the partnering organizations.

Under this cooperation agreement, NTEC a GSAS Authorized Centre of Excellence will promote green construction in Kuwait. NTEC will collaborate with government and non-government bodies providing technical support to projects seeking the implementation of GSAS in addition to providing specialized courses for professionals and engineers working in the field of environmental sustainability.

Speaking at the event, Dr. Yousef Alhorr, Chairman of GORD, said, "The signing of this agreement is a significant step towards creating a sustainable built environment in accordance with the highest standards of environmental sustainability presented by GSAS.”

Providing details on the background of the GORD-NTEC partnership, Dr. Alhorr stated that the adoption of GSAS in Kuwait followed a series of initiatives that started in 2010 with the cooperation of Green Building Council and National Committee of Building Codes of Kuwait, followed by signing an MoU with the Minister for Public Works and Municipal Affair for Kuwait and concluded by today’s signing agreement with NTEC.

NTEC’s CEO, Anas Mirza expressed that the company, with its technical capabilities and vast experience in the Kuwaiti market, is able to promote and encourage sustainable construction practices according to the GSAS standards. He added that the initiative, aimed at environmental sustainability, is in line with the country’s national strategic plan formally known as the New Kuwait Vision 2035.

Taking pride in NTEC being home to the first Center of Excellence for GSAS, Mirza said that the achievement reflects positively on Kuwait's regional and international standing in the field of green development. With rapid urbanization happening worldwide, Mirza stressed on the importance of sustainable and environmentally friendly project development as foundations of the new world.

Indeed, the recent agreement between GORD and NTEC comes against the backdrop of Kuwait’s fast-paced urban development and the nation’s growing need to implement GSAS standards to achieve efficiency including energy and water consumption and to achieve improved environmental quality and conservation of natural resources for future generations.

By establishing GSAS Authorized Center of Excellence in the State of Kuwait, substantial support will be awarded to professionals planning to implement sustainability standards in their projects. The MoU between GORD and NTEC also involves collaboration with NTEC’s subsidiary EnerTech – a company focused on areas of clean tech, recycling, water, waste management and renewable energy.

Over the past few years, GSAS has been adopted by a number of prestigious construction projects in Kuwait, including the Ministry of Justice’s building in Surra. Built by the Ministry of Public Works, it is the first Kuwaiti project that features solar panels on the building façade for generating electricity. Similarly, Al Sayer’s Toyota City obtained GSAS certification for its sustainable operations. Other such projects include facilities of Kuwait National Petroleum Company that signed a MoU with GORD in 2017. Furthermore, many ongoing projects in Kuwait, including Mubarak Al Kabeer Port, are aiming to obtain GSAS certification upon completion.

Within Qatar, GSAS remains a reference point on sustainability for all key projects including Al Bidda Tower, which is home to the Supreme Committee for Delivery and Legacy of the 2022 World Cup. Giving its stamp of approval, FIFA has recently acknowledged GSAS to be used as a yardstick for evaluating all facilities built for the World Cup. The system has also been applied to all projects linked with railway projects in Qatar, structural plans for its emerging cities, for example, Lusail City, and all government buildings across the country. As of 2019, the total area of projects evaluated under GSAS has reached close to 100 million square feet of buildings, in addition to another 1.5 billion square feet of land reflected in master plans for new cities.

GSAS has been developed by a careful consideration of more than 40 global and regional sustainability assessment systems, while also looking at the specific environmental, climatic and legislative conditions within the GCC countries.