The end of coal? Why investors aren't buying the myth of the industry's 'renaissance'. 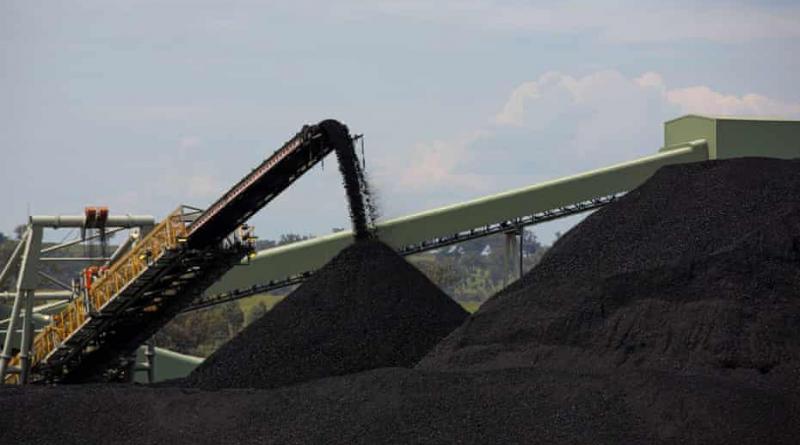 At the world’s biggest coal export port in Newcastle, no China-bound ships are waiting or scheduled to load before Christmas

Three years ago, pictures of bulk carriers queued off the coast of Mackay in central Queensland were framed as evidence of a “renaissance” in the coal industry.

There were more than 70 coal ships in the offshore gridlock in December 2017. This year there are just 12 waiting – equalling a record low mark set at the height of the coronavirus pandemic.

At the world’s biggest coal export port in Newcastle, no China-bound ships are waiting or scheduled to load before Christmas. More than 50 ships carrying Australian coal are reportedly waiting off the Chinese coast.

In the face of falling coal prices and volumes, the industry and governments have remained bullish about coal’s long-term prospects. They say twin pressures of the pandemic slowdown and China’s ban on Australian coal will ultimately pass.

In an apparent show of faith, the Queensland government took a 9.9% stake in the float of Dalrymple Bay Infrastructure (DBI) – one of two large terminals in Mackay, the main hub for exports from the Bowen Basin. The investment was welcomed by the resources sector as “a clear vote of confidence ... in the role of resources in Queensland’s Covid-19 recovery and economic growth for decades to come”.

DBI was launched on the Australian stock exchange this week with government backing and the broader market surging. It was the second biggest Australian IPO this year (the largest, tech company Nuix, gained 63% on debut last week). DBI also promised investors a handsome 7% dividend.

When the stocks hit the market, DBI tanked, down 16%. It gained no ground the following day. Investors were not buying the pitch that coal has a rosy future.

“It’s a pivotal moment,” says Tim Buckley, an energy markets expert at the Institute of Energy Economics and Financial Analysis.

“The financial markets do move so much faster than the real world, they are all about constantly reevaluating the risk-return and growth prospects.

“There’s no long-term growth prospect at all for the [coal] industry. It’s like trying to catch a falling knife.”

Australia’s biggest super fund, AustralianSuper, has committed to hitting net zero emissions across its $200bn investment portfolio by 2050 – but has not specifically ruled out investing in coal projects.

Nonetheless, its chief executive, Ian Silk, seems less than enthusiastic about the idea.

“The economic outlook for coal stocks generally is incredibly bleak, for obvious reasons,” he says.

He says Aussie would approach any particular coal project on its financial merits.

“But it’s pretty plain by the way we’re so underweight coal that that’s not an attractive sector,” he says.

Silk is not alone. Institutional investors – the big pension funds and other piles of money that provide much of the capital businesses need to operate – have increasingly turned away from coal and other fossil fuels.

Norway’s Government Pension Fund Global, which at US$1.2tn is so big it holds about 1.5% of all the shares in listed companies in the world, has strict rules forbidding it from investing in companies that produce more than 20m tonnes of thermal coal a year or produce power of more than 10,000MW a year from burning coal.

As a result, in May it excluded from investment two big multinationals that mine coal in Australia, Glencore and Anglo American, as well as Australian power company AGL Energy.

It also put BHP on notice that it could dump its stake in the Big Australian if it didn’t get out of thermal coal.

In Australia, the big banks have displayed an increasing unwillingness to lend to coal, with ANZ in October saying it would not write new loans to businesses with more than 10% exposure to thermal coal and existing customers with more than 50% exposure would need to show it “specific, time bound and public diversification strategies” to continue receiving the bank’s cash.

The harder line from banks followed warnings from their regulator, the Australian Prudential Regulation Authority, that they needed to consider climate risks when making decisions.

Apra member Geoff Summerhayes laid down the regulator’s position in a speech in 2017 that was met with howls of dismay and derision by some.

This week, he said the criticism “was good impetus for me to actually go harder, because it’s very much a financial risk with real prudential implications”.

It is easy to blame the failure of Australian coal prospects to re-emerge from the pandemic on the situation in China. However, there are growing signals the industry is heading into its final bust cycle.

A few days before the Dalrymple Bay terminal was floated, the largest coal producer in Australia and the western world, Glencore, released its annual investor update and – critically – announced new plans for a “managed decline of its coal business” and net-zero emissions by 2050.

While those plans are ultimately long-term (and also play to the company’s strategic interest by seeking to keep prices at viable levels by constraining supply) they also show the company expects volumes to drop substantially – up to 20% – in the next few years, compared to previous projections.

The same investor update last year envisaged Glencore would produce 140m tonnes of coal in 2022. Now the company only expects to mine 115m tonnes that year. It might consider mine-life extension projects but has no plans to develop new coal mines.

Coal is also on the nose at Australia’s two big mining companies, BHP and Rio Tinto, which have turned away from the black rock and towards red ones as the iron ore price continues to soar.

Rio Tinto sold its last Australian coal mine in 2018 and, under pressure from investors, BHP has promised to get out of thermal coal – burned in power plants – within two years but so far has found no buyers.

Of particular concern to miners in Queensland is the way financial markets have treated metallurgical (or coking) coal, which is used in steelmaking. More than 80% of the exports from Dalrymple Bay are metallurgical coal.

In the days before the DBI float, company chief executive Anthony Timbrell told the Australian Financial Review it would seek to emphasise the difference between metallurgical and thermal (energy producing) coal.

“I guess it’s our job to draw out that story and remind people of the complexity,” Timbrell said.

Thermal coal is the primary target of environmental activists; while metallurgical coal is less susceptible in the immediate-term to a global energy pivot towards renewables.

BHP has also been keen to draw the distinction, which is in its financial interests as metallurgical coal attracts a higher price than thermal coal.

However, as excitement builds around the prospect of (as yet, not commercialised) steelmaking alternatives like green hydrogen, the financial markets increasingly appear to be making little differentiation between the classes of coal.

Buckley points to a graph comparing the US and Australian metallurgical coal producer Coronado with Australian company Whitehaven, which largely mines thermal coal.

Since Coronado was listed in 2018, both Coronado and Whitehaven’s shares have dived almost in harmony by about 65%. The All Ordinaries is up about 20% over the same period.

“The financial markets are no longer really differentiating between coking coal and thermal coal,” Buckley said.

“Dalrymple Bay is a really interesting bellwether for Queensland. Having already been priced down, having failed to get institutional support, taxpayers effectively did a bailout.

“This isn’t a resources sector problem either, this is a coal problem. The Australian resource sector is having the best year in history, iron ore prices are at phenomenal highs. It’s the fossil fuel sector that’s on its knees.”

The end of the line

The coal company run by John Canavan, the brother of Queensland senator Matt Canavan, went under earlier this month.

The company, ICRA Rolleston, is a junior joint venture partner with Glencore in the Rolleston thermal coal mine in Queensland. Glencore will continue to operate the mine but a court case finalised last month showed how the collapse in the coal price had turned the mine into a loss-making venture.

John Canavan’s share of the mine’s costs were about $14m more than sales revenue in August. Glencore expected another $4m shortfall by the end of the year.

The Queensland Exploration Council (an offshoot of the Resources Council) this week released a report card showing some growth in spending by coal speculators during 2019-20 and said there was “definitely a feeling of growth and optimism in the sector”. In the detail of its report, though, for the first time in four years the QEC downgraded its view on coal prices, saying these has become “cause for concern”.

In its prospectus for potential investors, DBI warned about a series of “risks” that included its customers collapsing due to low coal prices, or long-term decline in global coal demand.

Its most significant new investor, the Queensland government, released a study in September that stated “there is a substantial degree of uncertainty” about assumptions used to underpin long-term market projections, including about the price of coking coal.

“Queensland Treasury’s analysis … highlights that Queensland’s future coal demand will continue to be primarily linked to key economies in north-east and south-east Asia. In particular, the future demand for Queensland’s metallurgical coal likely hinges on demand from the world’s two largest coal consumers, China and India.”

DBI’s warnings included that ongoing political tensions between Australia and China could ultimately result in a decline in coal exports from the port.

“Demand for metallurgical coal … or coal generally may reduce over a period of time due to a variety of reasons, including reduced demand from key coal export markets, such as China, Japan, Taiwan, South Korean and India.”

Adding to DBI’s troubles is the nature of its business – where contracts with exporters are regulated by a competition authority. The port’s capacity is fully allocated. Unable to raise prices or attract new customers, its pitch to investors has been about expanding its capacity to grow the business, even as shipments are being shunned by China, export volumes contract, coal companies collapse and other Queensland ports face severe debt problems.

Of those terminals, Wiggins Island at Gladstone and the Abbot Point terminal near Bowen, owned by Adani, have both been operating at well below design capacity for all of this decade, a point Buckley and others say shows any expansion of Dalrymple Bay is not viable.

Abbot Point – where Adani’s debts are estimated in excess of $1.5bn – typically has a queue of about three coal ships. Earlier this week, there were no ships waiting to enter the port.

Toshiba says it will not take new orders for coal-fired power plants.