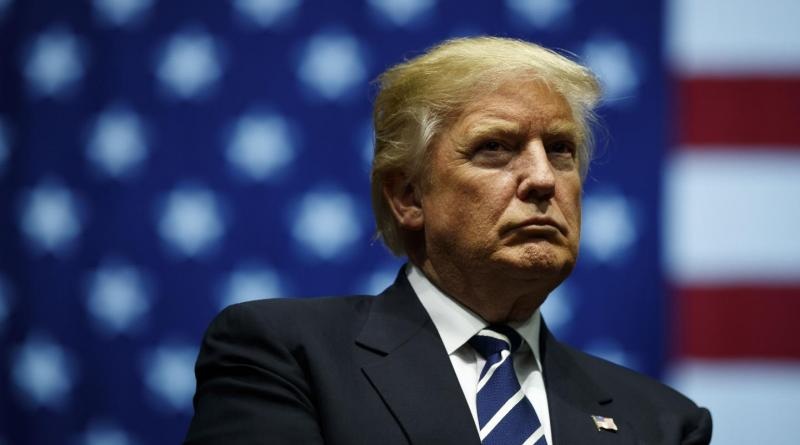 Scientists responded angrily to President Donald Trump’s anti-renewable energy claim that people would have to turn off their TV sets if there wasn’t enough wind to power turbines.

Addressing an audience at an Army tank factory in Lima, Ohio, on Wednesday afternoon, the president appeared to confuse windmills with wind turbines in his speech repeatedly. Taking on the persona of a man watching TV with his partner, Trump said, “When the wind doesn't blow, just turn off the television darling, please. There's no wind, please turn off the television quickly."

The president also joked “solar’s wonderful too, but it’s not strong enough, and it’s very very expensive.” He did not elaborate on what he meant by “strong.”

Trump took a second swipe at wind power when he argued that building wind turbines near homes would affect property prices.

This is the president's latest attack on renewable energy. Last year, he claimed wind turbines "kill so many birds," and he has fought to keep the structures away from his golf courses in Scotland.

“Disgust” was the word Michael Mann, a professor of atmospheric science at Pennsylvania State University, used when asked by Newsweek for his initial reaction to Trump’s comments.

“Trump is a clown, but a dangerous, evil clown. He would happily mortgage the future of our children and grandchildren for the short-term profit of those,” he told Newsweek.

“There’s no evidence that being in sight of a windmill decreases property values,” Mann said.

“But you know what does decrease property values?" asked the professor. "Unprecedented floods, wildfires and inundation by sea level rise and more ferocious tropical storms, all of which are exacerbated by human-caused climate change which, in turn, is caused by our reliance on fossil fuels.”

Philip Eames, a professor of renewable energy at Loughborough University in the U.K., argued that Trump’s comments on renewable energy were in line with his questionable attitudes toward global warming.

“The denial of man-made climate change, the attitude of 'live for today and not care about tomorrow' is a characteristic of all of Trump’s statements in relation to renewables. He only cares about money and votes today, and is not seeing the long-term risks in his policies for future generations,” he said.

Ajay Gambhir, a senior research fellow with the Grantham Institute at Imperial College London, echoed Mann’s concerns. He told Newsweek, “The claims made by Trump are tired and out of date.”

Gambhir pointed to the fact that almost half of Denmark's electricity came from wind power, “much of it offshore and out of sight.” Denmark hopes to be powered exclusively by renewable energy sources such as wind by 2035.

Addressing Trump’s claim that solar energy was expensive, Gambhir said that almost a decade ago, the U.S. Department of Energy concluded that solar power was relatively pricey. The body responded by launching measures to lower the cost of solar-generated electricity, including the SunShot initiative in 2011. This aimed to bring down the cost of solar-generated electricity to 6 cents per kilowatt-hour by 2020.

The target was achieved in 2017, making solar power comparable to coal- and gas-fired electricity generation costs. The department said it hoped to cut costs by another 50 percent by 2030, making solar electricity cheaper than coal and gas.

Trump promised to restore coal mining jobs during the 2016 presidential election. Gambhir suggested his anti-renewable energy rhetoric came from the intention to make “those whose livelihoods and interests are tied to the coal and fossil-fuel industries feel temporarily good.

“But it’s not a useful tactic for the longer term. The economics of low-carbon technologies are improving too rapidly to ignore. The real question is how to accommodate, through support and retraining, those workers and communities that are highly reliant on coal and other fossil-fuel jobs and activities, so that when the large-scale replacement of fossil fuels happens, they have a stake in a low-carbon future.”

Meanwhile, Richard Cochrane, an associate professor in renewable energy at Exeter University in the U.K., hit back at Trump’s suggestion that relying on wind power would cause the electricity to cut out.

"With a well-thought-through distribution of renewable energy systems and grid, it is incredibly rare that we would have absolutely no wind or sun across even a small country like the U.K., let alone a larger country like the U.S.," he told Newsweek. “Having some energy storage or a backup generator can be used to ensure we never have to turn the television off at any point, though.”

Cochrane continued: “These ill informed statements show Trump’s allegiance to the fossil- fuel industry and past statements about restarting coal. Industry has carried on regardless, despite Trump’s aspirations, and are deploying renewable energy systems across the country, as they are now more cost effective than fossil-fuel systems.”