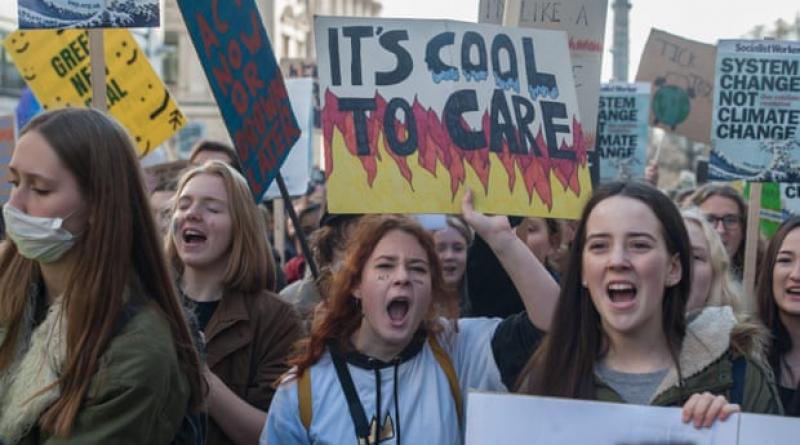 António Guterres, the United Nations secretary general, contrasted the “leadership” and “mobilisation” shown by the world’s youth on the climate emergency with the lack of action by governments, which were failing to keep up with the urgency of the problem despite increasing signs that the climate was reaching breakdown.

Before the start of a critical conference on the climate crisis on Monday, he said the world had the technical and economic means to halt climate chaos, but what was missing was political will.

“The technologies that are necessary to make this possible are already available. Signals of hope are multiplying. Public opinion is waking up everywhere. Young people are showing remarkable leadership and mobilisation. [But we need] political will to put a price on carbon, political will to stop subsidies on fossil fuels [and start] taxing pollution instead of people.”

Guterres called for further investment from rich countries and support for poor nations to make the changes needed to reduce greenhouse gas emissions and cope with the impacts of global heating. Amid rising temperatures, wildfires, heatwaves, droughts and floods, the danger signals were clear and must be acted on without further delay, he said.

“In the crucial 12 months ahead, it is essential that we secure more ambitious national commitments – particularly from the main emitters – to immediately start reducing greenhouse gas emissions at a pace consistent to reaching carbon neutrality by 2050.”

He was joined in his call by the leaders and representatives of some of the world’s poorest countries, which are suffering most from climate change.

The countries most at risk of deluge from climate chaos have issued an impassioned plea to the industrialised world ahead of crucial negotiations on the Paris agreement that start on Monday in Madrid.

“We see [these talks] as the last opportunity to take decisive action,” Janine Felson, deputy chair of the Alliance of Small Island States (AOSIS) told the Guardian.

“Anything short of vastly greater commitment to emission reduction, a new climate finance goal and tangible support for disaster risk reduction will signal a willingness to accept catastrophe.”