Cooking up a solution to Uganda’s deforestation crisis with mud stoves. 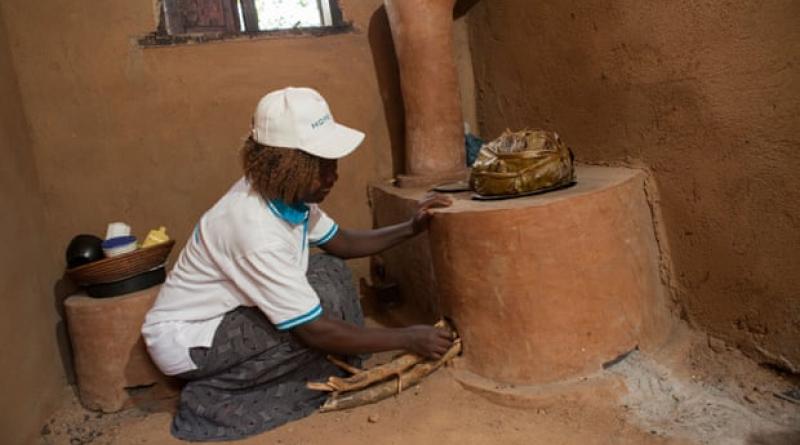 People are “constantly cutting down trees”, says Badru Kyewalyanga, as he squelches his bare feet into a thick paste of mud in Mukono, central Uganda. “But they have nowhere else to get firewood. The deforestation rate here is very high.”

With only 10% of Uganda’s rural population connected to the electrical grid, there is little option but to burn wood, leading to one of the worst deforestation rates in the world. Every year, 2.6% of the country’s forests are cut down for fuel, agriculture, and to make way for population growth. If things stay as they are, Uganda will lose all its forest cover in less than 25 years, the country’s National Environment Management Authority says.

The mud currently being mixed by Kyewalyanga’s feet is a crucial, if unlikely, ingredient in his fight to tackle Uganda’s climate crisis on a local level. Over the next few hours it will be transformed from an indistinct mess into an energy-saving cooking stove. When finished, it will reduce the amount of wood needed to cook by half.

Reminders of the project’s significance are not hard to find; the village overlooks a valley almost completely devoid of trees. Through his work as a scout leader, Kyewalyanga has grown accustomed to similar scenes across Mukono district. It was seeing the consequences first hand that inspired him to act.

“Before, we would have two seasons a year that would get a lot of rainfall. But because of cutting down trees, this has changed. Now, sometimes we get one season [of rain], and a lot more droughts. The dry season is now longer than the wet season,” says Kyewalyanga.

The knock-on effect of deforestation has been severe across the country, leading to irregular dry seasons, prolonged periods of drought and unpredictable heavy rainfall. In May, deadly floods wrought havoc in Kasese, western Uganda, destroying homes, schools and farms. The region saw similar floods in December, and experts have pointed to excessive tree clearing in highland areas, such as the Rwenzori mountains, which has left the soil loose and unable to retain water.

Uganda's 'locust commander' leads the battle against a new enemy.