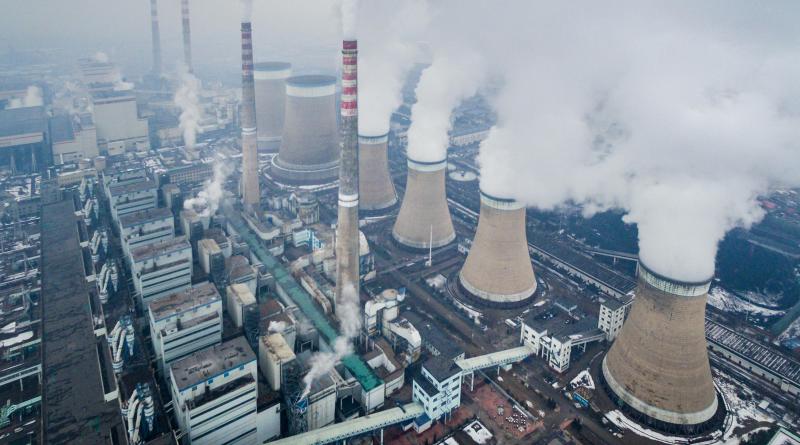 The 6.6 gigawatt Hamrawein coal power proposal in Egypt has been shelved because of over-capacity concerns and a growing preference for renewable energy.

Hamrawein was a proposal led by a consortium of China’s Shanghai Electric, Dongfang Electric and Egypt’s Hassan Allam Construction.

THE INDEFINITE POSTPONEMENT OF THE ENORMOUS BELT AND ROAD PROJECT, which would have been the second largest coal-fired power plant in the world, is a timely warning for other BRI countries planning greater reliance on coal power.

Pakistan and Bangladesh both have serious and growing overcapacity concerns of their own. Yet they intend to continue with new Chinese built and financed coal power plants despite already being financially burdened by power capacity payments as existing plants stand idle.

With the coronavirus-induced economic downturn pushing down power demand growth, the risk of overcapacity in BRI nations is only increasing.

The indications are that capacity payments in Bangladesh will continue to rise if planned BRI coal power plants come online. The Chinese built and financed Payra coal plant is approaching completion and will be the first BRI coal project brought online in Bangladesh. Because of a major project delay, however, power transmission capacity to connect the almost-completed plant to the grid is inadequate. It is reported that as a result, half of the plant’s 1,320MW capacity will remain unused until the transmission line is upgraded, while receiving capacity payments of US$19m a month.

Commenting on the delay completing the transmission line, the Bangladesh Power Development Board Chairman Mohammad Belayet Hossain stated: “In that case, the Payra power plant is going to be a burden and would only increase the government’s power subsidy.”

IN ITS LATEST WORLD ECONOMIC OUTLOOK, THE IMF SEES BANGLADESH’S GDP GROWTH COLLAPSING to 2% in 2020, down from almost 8% in 2019. Power demand growth will inevitably stall as a result, worsening Bangladesh’s overcapacity situation whilst 23GW more coal-fired power capacity is planned, 14GW of it Chinese-built and financed.

The IMF forecasts that Pakistan’s economy will shrink by 1.5% in 2020, which will result in lower-than-expected power demand growth. This will exacerbate the serious issue of overcapacity and unsustainable capacity payments to power generators that is emerging in the country.

LIKE BANGLADESH, OVERCAPACITY WAS AN ISSUE IN PAKISTAN before the coronavirus pandemic. December 2019 saw its wind-power installations, which do not receive capacity payments, curtailed in favour of coal and gas generation due to insufficient demand. This was despite wind power’s supposed “must run” status. Pakistan is one of the few BRI nations where China has invested in renewable energy.

A continuation in the build-out of BRI coal plants in Pakistan and Bangladesh will make overcapacity, and the financial burden of capacity payments, worse. In the context of existing excess capacity and a stalled global economy, smaller renewable energy projects make more sense than large coal plants in meeting slower-than-expected power demand growth.

By capitalising on the falling cost of renewable energy technology as India has, Pakistan and Bangladesh can meet growing demand without being locked into further capacity payment obligations or exposure to fossil fuel price volatility.

MEANWHILE, CHINA IS BECOMING INCREASINGLY EXPOSED as the last state financier of coal plants overseas. South Korea, historically another country pushing coal power onto developing nations, looks set to abandon the practice as part of a “Green New Deal”. Japan is increasingly under pressure to do the same.

The coronavirus pandemic is bringing the issue of China’s coal power funding in developing countries to a head. The massive Hamrawein coal power proposal was cancelled because of overcapacity concerns and recognition of the ongoing energy transition towards renewables. More coal power plant proposals will need to be shelved if overcapacity and deepening financial crises in power systems are to be avoided in BRI nations like Pakistan and Bangladesh.