Angry protest in Tunisia over garbage shipment from Italy. 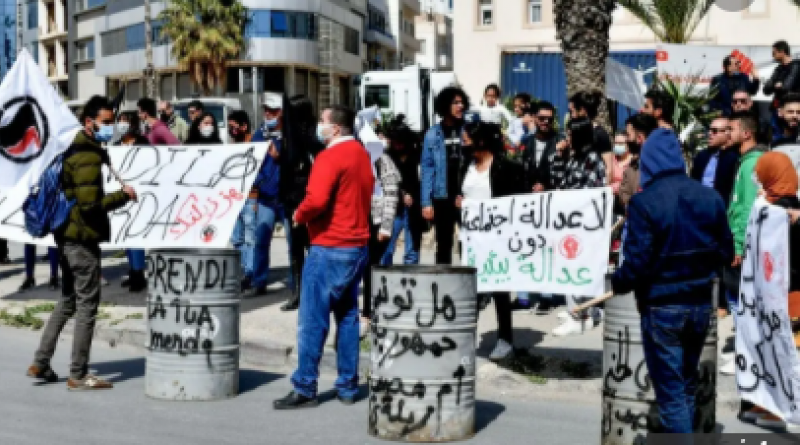 At a time when 600 containers of hazardous and toxic waste destined for Tunisia have been blocked by the Italian customs authorities, civil society activists from the port city of Sousse gathered on Thursday, to rally in front of the Italian Embassy in Tunis.

The demonstration was organized to demand the repatriation to Italy of 282 containers of Italian waste still blocked at the port of Sousse. The activists protested by carrying garbage bags loaded with bouquets of flowers and chanted slogans such as "Tunisia is not the trash of Italy".

"There is no social justice without environmental justice," shouted demonstrators gathered Sunday to demand the repatriation of the waste. This case represents a "crime against the Tunisian people," said Majdi ben Ghazala, a member of the Sousse municipal council.

"We ask the (Tunisian) authorities to show more determination" to have the waste returned, he added. According to Hamdi ben Saleh, a protester, another rally is planned for Thursday in front of the Italian embassy in Tunis.

The activists also held up signs in Italian and criticized the negligence of the authorities in both countries and the corruption that is rampant in this area.

Two demonstrations were held in March over the issue.

The scandal led to the prosecution of the port's head of customs and the resignation of the country's environment minister. Eight people are in prison over the matter.

During the summer of 2020, customs had discovered these household waste whose export is prohibited under Tunisian law - presented administratively by the importing company as 'harmless' plastic waste.

Richer countries have for years used their poorer counterparts as dumping grounds.

In 2019, the Phillipines shipped back thousands of tonnes of trash to Canada after a heated row.

GREENPEACE AFRICA: You are being force-fed plastic by wealthy countries

GREENPEACE AFRICA: Plastic waste is not going anywhere, unless...