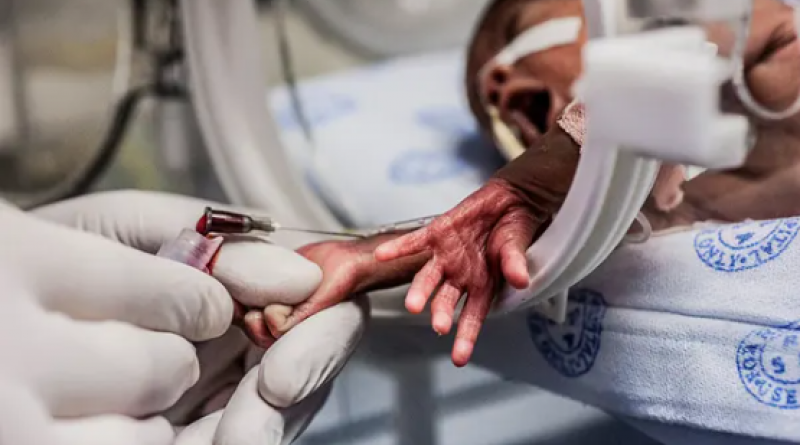 Air pollution is likely to have been responsible for up to 6 million premature births and 3 million underweight babies worldwide every year, research shows.

The analysis, which combines the results of multiple scientific studies, is the first to calculate the total global burden of outdoor and indoor air pollution combined.

Indoor pollution, mostly from cooking stoves burning solid fuel such as coal or wood, made up almost two-thirds of the total pollution burden on pregnancies in 2019, according to the latest findings. This is especially true in developing areas, such as in some parts of south-east Asia and sub-Saharan Africa.

“At an individual level, indoor air pollution exposure appears to carry a much higher burden compared to outdoor levels,” said Rakesh Ghosh, an epidemiologist at University of California, San Francisco and lead researcher on the paper, published in the journal Plos Medicine. “So, minimising household pollution exposure, to the extent possible, should be part of the message during prenatal care, especially where household pollution is prevalent.”

Air pollution is usually measured according to exposure to particulate matter smaller than 2.5 microns: once inhaled, the minuscule size of these particles allows them to be absorbed deep into the bloodstream, potentially causing far-reaching health problems.

More than 92% of the global population lives in areas where the outdoor air quality is below recommended limits set by the World Health Organization, and about 49% are exposed to equally high levels of indoor air pollution.

Regions such as south and east Asia are the most polluted, with Bangladesh, China, India and Pakistan home to 49 of the 50 of the most polluted cities worldwide. In recent years wildfires, agricultural fires and dust storms have also caused extensive air pollution.

The cost of air pollution to the global economy is estimated at more than $2.9tn each year, in addition to serious damage to public health.

After controlling for risk factors such as pregnancy weight, smoking and alcohol use and nutrition, the researchers found air pollution was a leading cause of low birth weight and premature birth. The latter is a main cause of the 15 million newborn deaths worldwide each year.

The findings build on previous research by Ghosh and colleagues, which calculated that air pollution contributed to the deaths of 500,000 newborns globally in 2019.

By minimising air pollution in south-east Asia and sub-Saharan Africa, the study calculated that the number of premature births and babies with low birth weight could be reduced by almost 78% globally.