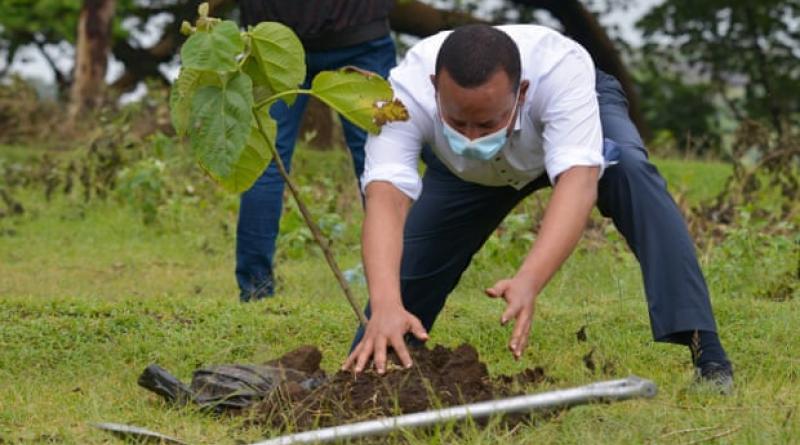 Report calls for more support if plan to plant 100m hectares of vegetation is to be realised.

The world’s most ambitious reforestation project, the Great Green Wall of Africa, has covered only 4% of its target area but is more than halfway towards its 2030 completion date, according to a status report.

More funds, greater technical support and tighter oversight will be needed if the plan to plant 100m hectares of trees and other vegetation is to be realised, say the authors of the study, which was unveiled on Monday at a meeting of regional ministers.

The Great Green Wall was conceived in 2007 by the African Union as a 7,000km (4,350-mile) cross-continental barrier stretching from Senegal to Djibouti that would hold back the deserts of the Sahara and Sahel. Its supporters said it would improve livelihoods in one of the world’s poorest regions, capture carbon dioxide and reduce conflict, terrorism and migration.

At the launch of the report, ministers and United Nations officials highlighted the achievements so far: more than 350,000 new jobs, $90m (£70m) in revenues and 18m hectares of land restoration in participating countries.

“The Great Green Wall is a new world wonder in the making,” said the UN deputy secretary general, Amina Mohammed. “It shows that if we work with nature, rather than against it, we can build a more sustainable and equitable future.”

In terms of the target area, however, progress was far less impressive. After an investment of more than $200m, only 4m hectares have been planted in the past decade. To achieve the 2030 target, more than twice that area will need to be restored every year at an annual cost of $4.3bn.

“The time for business as usual is over,” said the African Union’s commissioner for rural economy and agriculture, Josefa Sacko, in a call for more sustainable agriculture, clean energy and water management to deal with the drylands of Africa.

The results varied enormously from country to country. Ethiopia, which started reforesting earlier than other nations in the region, is a frontrunner, having reportedly planted 5.5bn seedlings on 151,000 hectares of new forest and 792,000 of new terraces.

Other countries have lagged due to different geographies, levels of governance and economic development. Burkina Faso planted 16.6m plants and seedlings and Chad 1.1m, though both nations received more financial support for the project.

A major problem is monitoring. Individual nations provide their own estimates, but there are doubts as to how many of the 12m trees planted in Senegal, for example, have survived.

“One of the main problems we had was to try to track the project because there is not a good monitoring and evaluation system in place,” said Salwa Bahbah, a research analyst with Climatekos, the firm hired to draw up the report. “We don’t know where the money goes exactly and how it is used.”

Some scientists have expressed scepticism about creating walls of trees when grasslands can be more effective in certain regions. Shifting climate patterns have also slowed or reversed the expansion of some deserts. There is also greater political support for investing in soil restoration and water management of productive areas rather than planting trees in remote, sparsely inhabited areas. This has affected the objectives, if not the enthusiasm and effectiveness, of the project.

Chris Reij of the World Resources Institute said the modest results until now showed the need for more focus on what has and has not worked.

“I’m a fan of the GGW. It’s a very useful initiative, which shows the political will of governments to fight land degradation,” he said. “At the same time I’m quite critical. The original idea of planting a green wall in areas of less than 400mm [of rainfall] to stop the advance of the Sahara has largely been abandoned, although not in the rhetoric.

“It is now much more about creating great green and productive landscapes, even though they don’t express it in these terms. There is a ton of good experience across the Sahel upon which it is possible to build. There are many more smaller and bigger successes than often assumed, which can be scaled.”

Can the 'Great Green Wall' fight climate change in Africa?