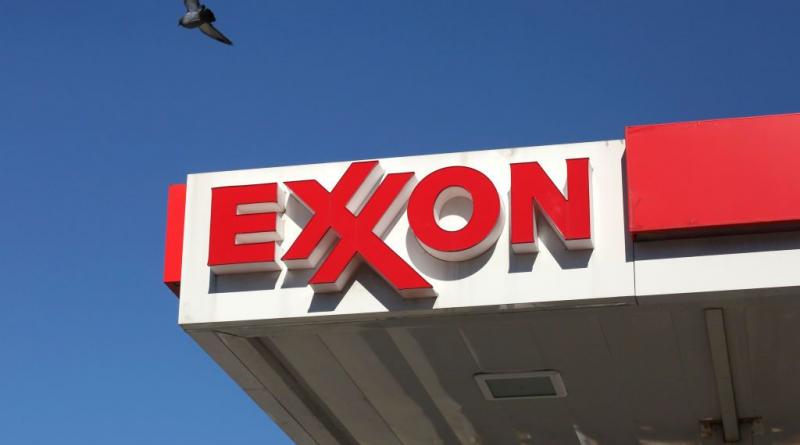 The Supreme Court declined to hear an appeal from ExxonMobil regarding Massachusetts Attorney General Maura Healey’s climate change investigation Monday, a decision legal experts called a “crushing blow” to the oil giant. The Court’s decision could have implications beyond the state of Massachusetts as Exxon is forced to hand over documents detailing what it knew about climate change and when.

After the Massachusetts Supreme Judicial Court ruled last April that the company must turn over documents requested by Healey, Exxon asked the Supreme Court to intervene, arguing Healey lacked jurisdiction to even bring the investigation.

“Today’s decision means Exxon is out of options and out of time in its fight to keep these documents from public light,” Carroll Muffett, president and chief executive of the Center for International Environmental Law, told ThinkProgress.

The company is facing multiple climate lawsuits around the country. In the case of Massachusetts, like New York, the attorney general is investigating what Exxon knew about climate change and the effects of burning fossil fuels — and whether it lied to the public and its investors about the risks.

Reports published in 2015 by InsideClimate News and the Los Angeles Times revealed that the company was aware of the risks of burning fossil fuels as early as the 1970s, and yet continued to mislead investors.

“Courts have repeatedly rejected Exxon’s attempts to stop the state attorneys general in New York and Massachusetts from investigating the company’s historic knowledge about climate change and what it did with that information,” Michael Burger, director of the Sabin Center for Climate Change Law at Columbia University, told ThinkProgress.

The denial of Exxon’s petition means Healey can proceed with her investigation, and that Exxon must respond to the attorney general’s civil investigation demands — the subpoena-like request for documents, including transcripts of investor calls, internal scientific research, copies of public relations or media communication plans, and communication with organizations that have a history of promoting climate science denial.

“These internal documents—describing what the company knew and when it knew it—are critical to any fraud case that may result,” Sharon Eubanks, a former U.S. Department of Justice attorney who prosecuted and won the massive racketeering case against Big Tobacco, said. “Without a doubt, ExxonMobil will bring further objections, but the [Court’s] denial… is a crushing blow.”

However, Eubanks, who now works for the firm Bordas & Bordas, added that the Supreme Court’s denial of Exxon’s request does not set a precedent; it doesn’t give an indication as to where different justices sit on the issue, it simply allows the investigation to proceed.

The mere fact that the investigation can move forward “is a tremendous success,” Alyssa Johl, legal counsel for the Center for Climate Integrity, said. “Where it goes from here is to be determined — it depends on what they [Exxon] disclose.”

Legal experts told ThinkProgress that the Supreme Court’s decision has wider implications beyond this particular case.

In its efforts to fight the Massachusetts investigation, Exxon argued to the Supreme Court that it’s an issue of jurisdiction. The company, which is headquartered in Texas, said that because it does not directly sell gasoline in Massachusetts, the attorney general does not have jurisdiction to investigate.

In essence, Exxon tried to argue that its service stations across the state are franchises, and not part of the company itself. And it was this argument that the Massachusetts court rejected earlier in 2018, “on the simple grounds that Exxon’s standard franchise agreement gives the company significant control over how its products were marketed in the state,” said Muffett.

Therefore, Supreme Court’s decision is “basically affirming, for now, the decision of the Massachusetts Supreme Judicial Court that the AG has jurisdiction over ExxonMobil,” explained Eubanks.

Upholding this decision not only means the case can proceed but hints that other states might be able to look to Massachusetts for inspiration down the road.

“The Massachusetts investigation poses an even bigger risk for the company because the pool of Exxon’s potential victims includes not only the seven million citizens and consumers in Massachusetts but untold tens of millions more living in states with nearly identical consumer protection laws,” Muffett said.

States with similar consumer protection laws to Massachusetts — ones that are based on the Federal Trade Commission Act — include California, Connecticut, Florida, Hawaii, Maine, Ohio, Vermont, and Washington. There are additional states with laws modeled on the Unfair and Deceptive Trade Acts legislation but whose provisions share similar strengths to Massachusetts’ law, Muffett explained, such as Illinois and New Jersey, as well as Washington, D.C.

And as the Massachusetts attorney general’s office lays out online, the impact of Exxon’s action on consumers is at the heart of its investigation: “Specifically, the investigation seeks information regarding whether Exxon may have misled consumers and/or investors with respect to the impact of fossil fuels on climate change, and climate change-driven risks to Exxon’s business.”

While each state is unique, many states do often draw on Massachusetts’ extensive body of jurisprudence interpreting its consumer protection laws. This makes for “another aspect of the Massachusetts case that should be of serious concern for Exxon and its investors,” Muffett said. “Since the court was interpreting Exxon’s standard franchise agreement, it’s very likely that its reasoning would be persuasive if Exxon tries the same defense in any other state where that same standard agreement is in use.”

“This is another reason,” he said, “why I think the significance of the Massachusetts AG’s investigation has been grossly underestimated.”

'White elephants' | Green hydrogen will be cheaper than blue H2 in all parts of world by 2030, says BNEF

MOROCCO: a feasibility study to develop 5,400 hectares of land in Fez-Meknes