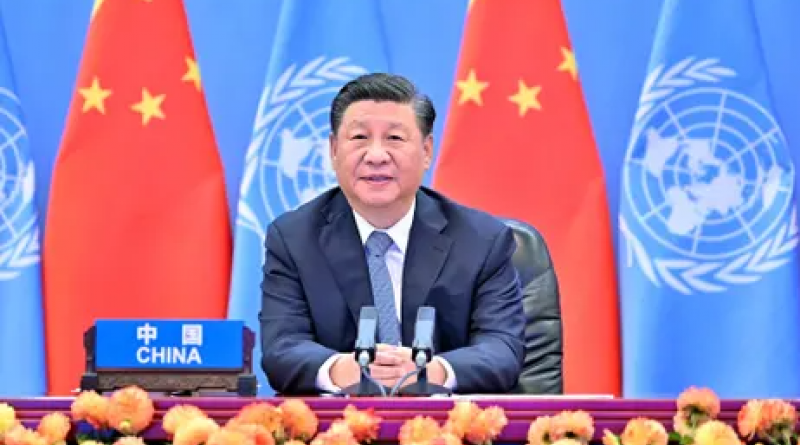 China’s president, Xi Jinping, has called on developed countries to “provide support to help developing countries do better” in dealing with the climate crisis, in a written statement to the Cop26 climate conference that fails to make any new significant pledges.

The Chinese leader also urged all parties to take stronger actions to “jointly tackle the climate challenge”, and said his country would “speed up the green and low-carbon energy transition, vigorously develop renewable energy, and plan and build large wind and photovoltaic power stations”.

China is the world’s biggest source of greenhouse gas emissions, making it a key player at Cop26, the latest round of talks aimed at strengthening the fight against global heating, which began on Sunday. Despite this, Xi, who has not left China since 2020 amid the Covid pandemic, had not been expected to attend the conference in person.

He was the only world leader so far to deliver remarks to the conference in written form, although another significant no-show – Russia’s Vladimir Putin – is expected to send a video message to a related UN conference on forestry and land use.

“We have been very clear as hosts that we welcome everyone to participate, but it will be in-person,” said Britain’s UN ambassador, Barbara Woodward, last week.

Xi’s message to Cop26 echoes his speech at the G20 summit in Rome over the weekend, in which he participated via video link. On Sunday night, he spoke to those there at length about the climate crisis, urging countries to “balance environmental protection and economic development, address climate change and safeguard people’s livelihood”, and saying that “major economies should strengthen cooperation in this regard”.

“The G20 members should take the lead in promoting and applying advanced technologies, and developed countries should also earnestly fulfil their commitments to providing funds for developing countries,” he added.

In updated pledges, China confirmed to the UN last week that it would bring its emissions to a peak before 2030 and cut them to net zero by 2060. It also promised to raise total wind and solar power generation capacity to 1,200 gigawatts by 2030 in order to reach its goals.

However, climate watchers were hoping for new pledges to cap energy consumption and an earlier start to reducing the use of coal, currently scheduled to begin in 2026, adding to pressure on China from other world leaders to promise more.

Last Tuesday, Macron asked Xi during a phone call to send the world a “decisive signal” on the climate emergency, according to the French presidency.

Xi said Beijing would “do what it says” when it came to its green and low-carbon development. The statement added that he said China’s goals would mean a “broad and profound economic and societal change”, and that that would be done “step by step and [through] hard work”.

Climate analysts quoted by the Reuters news agency said the latest arrangement could indicate that the world’s biggest CO2 producer “has already decided that it has no more concessions to offer at the UN Cop26 climate summit in Scotland after three major pledges since last year”.

But Qin Yan, a lead analyst at Refinitiv financial analysis, said the domestic situation in China should not be ignored in understanding Xi’s decision to deliver the speech in a written format.

“Complicated domestic politics ahead of the Communist party’s sixth plenum on 8-11 November in Beijing is definitely Xi’s focus now. It is crucial for him to continuing a third term at the congress next autumn. And the current energy crunch in China is complicating climate policy, too,” Qin said.

She added that the choice of written statement was “also to show China’s top leadership cares about UN climate talks, but it is not its top priority”.

“It looks like China prefers to leave more room for negotiations in bilateral talks rather than showing all the cards at the plenary. Look at what the EU and the US just did bilaterally over Trump-era tariffs on steel and aluminium this weekend.”