Without help for oil-producing countries, net zero by 2050 is a distant dream 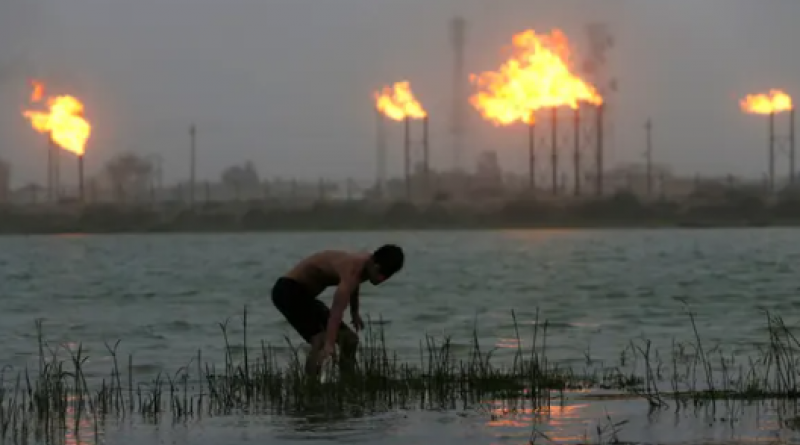 To meet climate targets and avoid economic collapse, countries such as Iraq need international support in the transition to clean energy

In the Middle East and north Africa, global warming is not a distant threat, but an already painful reality. Rising temperatures are exacerbating water shortages. In Iraq, temperatures are estimated to be rising as much as seven times faster than the global average. Countries in this region are not only uniquely affected by global temperature rises: their centrality to global oil and gas markets makes their economies particularly vulnerable to the transition away from fossil fuels and towards cleaner energy sources. It’s essential the voices of Iraq and similar countries are heard at the Cop26 climate change conference in Glasgow this November.

To stand a chance of limiting the worst effects of climate change, the world needs to fundamentally change the way it produces and consumes energy, burning less coal, oil and natural gas. The International Energy Agency’s recent global roadmap to net zero by 2050 shows the world’s demand for oil will need to decline from more than 90m barrels a day to less than 25m by 2050. This would result in a 75% plunge in net revenues for oil-producing economies, many of which are dominated by a public sector that relies on oil exports and the revenues they produce.

An energy transition that fails to engage with fossil fuel-producing countries and their needs could have profound implications for regional and international security and the stability of global energy markets. If oil revenues start to decline before producer countries have successfully diversified their economies, livelihoods will be lost and poverty rates will increase. In a region with one of the youngest and fastest-growing populations in the world, economic hardship and increasing unemployment risk creating broader unrest and instability.

The Covid-19 crisis provides a cautionary tale. Poverty rates in Iraq are estimated to have doubled in 2020. This is largely a result of the country’s decline in oil income, as prices nosedived globally because of the pandemic-induced collapse in demand. We cannot allow the livelihoods of millions of families to continue to be dictated by the vagaries of an unpredictable oil market.

Redressing this will require policies and investments that enable oil and gas-producing countries such as Iraq to channel capital and labour into productive industries for the future and stimulate the private sector. Indeed, this was one of the key motivations behind Iraq’s recent white paper for economic reform, which seeks to fundamentally alter the nature of the Iraqi economy, allowing the private sector to play a larger role, reducing the country’s reliance on hydrocarbon exports and committing to an economic renewal focused on environmentally sound policies and technologies. The energy sector could play a role here by making use of the region’s vast potential for producing and supplying clean energy.

The decarbonisation strategies of different countries will be shaped by their individual circumstances. In Iraq, oil and gas production accounts for as much as 40% of total greenhouse gas emissions, before any of this is even burned to fuel cars or produce electricity. This makes the country’s recent commitment to curbing gas flaring – an unnecessary and harmful practice where natural gas from oil wells is burned into the air – all the more important.

There are opportunities for decarbonisation within relatively easy reach. By making energy use more efficient across industries, transport and the building sector, Iraq and other countries could put the brakes on the runaway demand for energy growth they are currently experiencing. Increasing energy efficiency would have other benefits too: it would mean countries such as Iraq wouldn’t need to spend as much on increasing their overall level of electricity supply, and would allow them to create new jobs in areas such as the construction and maintenance of energy efficient buildings. A recent IEA report shows that for every $1m invested in energy efficiency, up to 30 jobs are created. This is crucial in a country such as Iraq, with its young and fast-growing population.

Renewable energy offers countries the ability to build a cleaner and more efficient electricity sector, instead of relying on costly imports and polluting fossil fuels. The worst potential solar sites in Iraq get up to 60% more direct energy from the sun than the best sites in Germany. And yet the solar plants that Germany has built to date together offer two and a half times the electricity capacity of all Iraq’s operational oil, gas and hydropower plants combined. Solar is increasingly becoming more affordable than electricity from fossil-fuel plants in many parts of the world. Some large projects in the Middle East and north Africa are already at the forefront of this trend, but a lot of countries, Iraq included, will need support to capitalise on their huge solar resources.

This would bring tremendous economic benefits. Iraq’s inability to provide enough electricity to meet demand has cost the country nearly $120bn over the past seven years, according to recent IEA analysis. Power cuts are recurrent, and the cost of securing electricity from private generators has stifled many small- and medium-sized businesses. Renewables, especially solar, could provide a cost-effective means of addressing the issues that have plagued Iraq’s electricity system for so long by increasing the reliability and affordability of the energy needed to power homes and businesses. Policymakers in Iraq are also closely watching technological developments in the promising field of small nuclear reactors as an additional low-carbon energy source.

Countries such as Iraq cannot make the transition to clean energy alone. If they are to bring together the financial resources, expertise and policies to transform their economies in an equitable, affordable way, they will need international support. Otherwise, the path to net zero and the security of the world’s energy markets will both be imperilled.

Eskom Needs $10 Billion to Repurpose Most Coal Plants by 2050