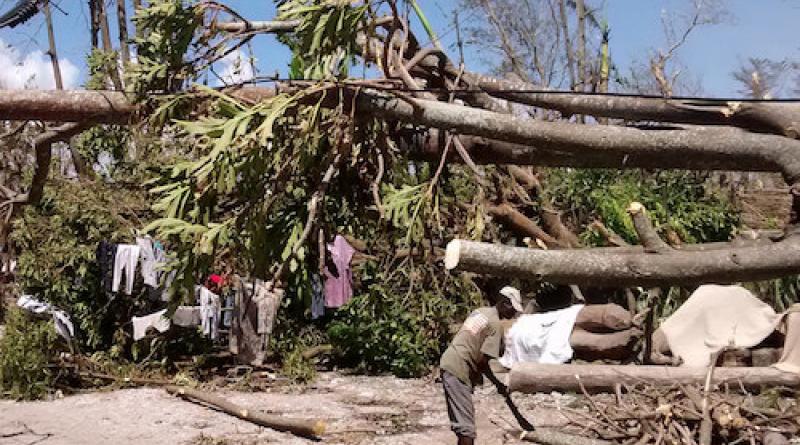 Climate change caused the majority of the world’s under-reported humanitarian disasters last year, and nine of the top 10 occurred in Africa, the Caribbean, and the Pacific, according to an analysis of more than a million online news stories released last week by CARE International.

“Not only are the people who live in the world’s poorest countries most vulnerable to climate change, but they are also the least equipped to address its increasing impacts,” said CARE climate change lead Sven Harmeling. “Media must not turn a blind eye to such crises and the role of climate change.”

Extreme weather events around the world killed about 5,000 people and left 29 million in need of emergency assistance and humanitarian aid, The Guardian reports.

“Climate change has long had its fingerprints over untold killer floods, droughts, and famines,” but climate change reporting “prefers pictures of polar bears to those we are killing with our inaction,” said War on Want Executive Director Asad Rehman. “Unfortunately, the people being sacrificed every day to the climate crisis are those least responsible for it. They have been deliberately made invisible because the lives of those with black and brown skins simply don’t matter.”

The report “links climate change to civil disasters in Sudan, Chad, the Philippines, Madagascar, and Ethiopia, and says it played an exacerbating role in Haiti,” The Guardian notes.

“We try always to show that these disasters are linked to climate change, but we have to fight to get our points heard,” said Dr. Viwanou Gnassounou, assistant secretary general of the Africa Caribbean and Pacific (ACP) group of states, adding that aid from donor countries is sometimes implicitly linked to silence on climate change.

“They will never say it formally but it is part of the conversation,” he told The Guardian. “They prefer that you condemn yourself by saying that you did not have a proper policy to prevent disaster and now you need their support.”

The Guardian report cites several recent releases linking different forms of extreme weather to climate change, along with a “note of caution” from Dr. Friederike Otto, deputy director of the environmental change institute at Oxford University. “Not every humanitarian disaster has climate change as a major player,” she said. “Some are actually being made less likely by climate change. And in some, climate change only plays a minor—if any—role.”