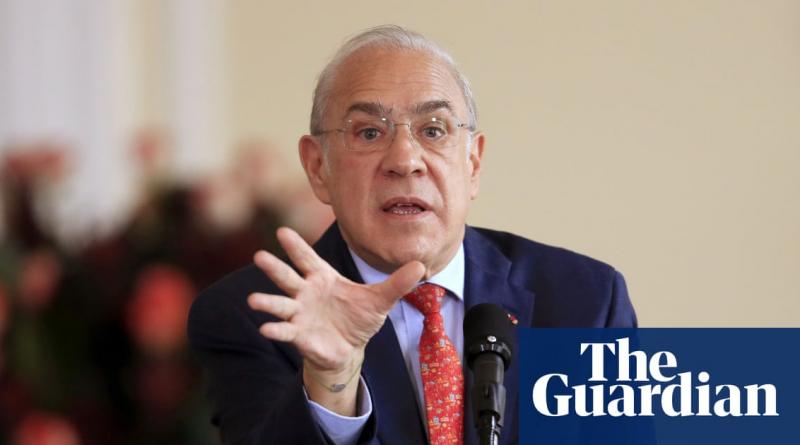 The environment, climate change and the protection of nature must be the defining tasks of rich and major developing countries now and in the years to come, the outgoing head of the Organisation for Economic Co-operation and Development has said, and the institutions that advise governments must take responsibility for keeping them focused on those tasks.

Ángel Gurría said the coronavirus crisis must be dealt with as a matter of urgency, but that the biggest task after that would be tackling the world’s environmental emergencies.

“The single most urgent, emergent, immediate risk is to combat Covid-19, and its health, economic and social consequences,” he said. “But the single most important intergenerational responsibility is to protect the planet … We are on a collision course with nature and we have to change course for future generations.”

The OECD secretary general listed the ways in which the world needed to act: “To protect biodiversity, to stop it from being degraded; to protect soil; to protect lands and water; to protect the oceans from the worst overfishing; to protect coral reefs, which are in danger of disappearing at 2C [of global heating]; to protect mangroves, which are extraordinary carbon sinks; glaciers and so on.”

He added: “We are already seeing manifestations of how badly this [climate change] is happening, and this is going to get worse. The signals are that this going to be even more serious.”

Gurría’s strong defence of the need for climate and environmental action comes at a crucial time, as the OECD council will announce his successor imminently, before 1 March.

His successor will face a key choice: to continue advocating for climate action, to the discomfort of some governments, or to return the institution – as many businesses and politicians would prefer – to its conventional role of tracking gross domestic product and other standard economic indicators, and advocating growth without heed to environmental concerns.

Gurría, who is ending his third five-year term, said the world was at a turning point, in seeking to recover from the economic blow of the pandemic. “We had a chance in 2008 to build back better – we blew it,” he said. “We got austerity, too fast and too soon. Have we blown it again? No, we have not blown it yet.”

He urged countries to consider attaching environmental conditions to bailouts where appropriate, and to favour job-creating environmental projects for a green recovery. “And put a big fat price on carbon,” he added.

The OECD is one of the most prestigious international institutions, part thinktank, part watchdog and part club of industrialised countries that emerging economies are eager to join. It wields considerable influence over developed and developing economies, not only by dispensing advice but also through choosing which indicators to use to judge countries and their governments’ performance. Poor reports by the OECD can affect a country’s credit rating, its cost of borrowing, and its attractiveness to investors.

Gurría has spent his 15 years at the helm refocusing the OECD away from being a dry advocate of conventional free-market economics and into the unfamiliar territory of environmental and social issues previously seen as burdens or irrelevancies by economists.

He has made the climate a personal crusade, speaking out at climate summits and international forums, and developing new systems within the OECD for tracking and reporting on countries’ environmental performance.

“We never lose track [of environmental issues at the OECD],” he said. “We are constantly reminding our members never to lose track of the environment being their utmost responsibility.”

One frontrunner to be his successor is Mathias Cormann, a former Australian finance minister, who has made it to the shortlist of four candidates. Scott Morrison, Australia’s prime minister, is lobbying hard, but green experts around the world fear that if appointed Cormann would try to impede the OECD’s climate and environmental work, despite making a statement that climate change would remain a priority.

Gurría refused to be drawn on his potential successor, and will play no role in the appointment. However, he made it clear where he thought the focus of the OECD should be in future. He pointedly suggested coal was one important area that should be tackled.

Gurría said whoever was chosen as the next secretary general, much of the work by the OECD on climate-related issues was likely to continue. The organisation works on issues including carbon pricing, subsidies that are environmentally harmful, calculating the hidden environmental and social costs of fossil fuels and other polluting industries. “These diagnostics … and a lot of the work of the OECD is already in play, already happening and will continue almost regardless of who comes,” he said.

Gurría said it had not been easy, when he took office in 2006, to persuade OECD member countries to focus on the climate: “In those days I got into a lot of trouble. But it was my duty to put out [analysis on the issues].”

He added: “I would very, very much expect anyone who gets the job to be equally convinced, equally motivated and equally engaged with these issues.”

Green experts said the OECD could play a crucial role in ensuring that future climate targets are met, as governments would listen to its advice.

Helen Mountford is a former OECD executive who is now vice-president of climate and economics at the World Resources Institute, a non-profit research organisation. She said: “Climate change must be central to any successful candidate’s agenda. Leadership from the top to integrate climate across the full OECD agenda is essential. But implementing a sustainable, inclusive agenda will require all countries to engage.”

More Can Be Done To Ensure A Green Recovery From COVID-19 Crisis, Says OECD.