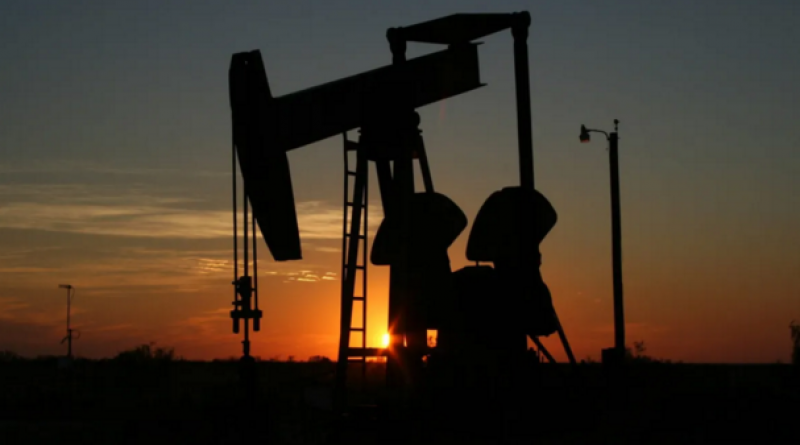 In 1973, a handful of oil-rich countries, led by Saudi Arabia, Iran and Iraq, brought the mighty U.S. economy to its knees by slapping an oil embargo on Washington and its allies. The suspension of oil shipments from the Middle East to the U.S. and steep production cuts in retaliation for the Americans' support of Israel during the Yom Kippur War wreaked havoc on the U.S. economy, leading to fuel shortages and causing oil prices to go through the roof.

The ban was lifted within months following hectic negotiations, but not before it pushed the U.S. economy into its worst recession since World War II. The Organization of Petroleum Exporting Countries (OPEC), which until then had maintained a relatively low profile, mainly negotiating higher oil prices from major oil companies for its members, had emerged as a force to reckon with.

Nearly five decades later, OPEC remains only a pale shadow of its past glory, weakened by infighting within its ranks, the rise of the United States as a major oil exporter thanks to a shale boom, and a global push for renewable sources of energy amid climate change worries.

"OPEC is significant primarily as a political club. It fails economically as a cartel, but it does boost the prestige and standing of its members, most of whom would not otherwise have a seat at the table in world affairs," said Jeff Colgan, a professor at Brown University who authored the book Petro-Aggression: When Oil Causes War. "A functional cartel needs to set tough limits to production and stick to them. OPEC sets easy targets and still often fails to meet them," he told DW.

The bloc has seen its market share progressively diminish over the years, in part thanks to its efforts to artificially boost oil prices by holding back its own production. OPEC's share of the global oil market has fallen to around 30% from above 50% in 1973. It has also been hurt by involuntary losses in war-torn Libya and the fallout from U.S. sanctions in both Iran and Venezuela.

It was OPEC's weakness amid the rise of the U.S. as a major oil producer that prompted the once exclusive club to join hands with Russia and some other oil producers to form OPEC+ and attempt to balance the oil markets. The alliance's inception in 2016 was preceded by a disastrous campaign by the Saudi-led bloc to force weaker U.S. shale players out of business, which caused oil prices to collapse to around $30 a barrel. U.S. shale players then proved to be more resilient than the Saudis had expected — strong enough to push the U.S. to become the world's biggest oil producer.

The bloc's waning influence has coincided with oil's fall from grace. The fossil fuel has seen its share in the global energy mix diminish to about 33% from a peak of 50% in 1973, according to estimates by BP, as governments and companies shift to cleaner energy sources to combat climate change. By contrast, renewables, mostly from solar and wind, have seen their share rise, accounting for over 40% of global energy growth last year, according to BP's data.

The COVID-19 pandemic has further dimmed oil's prospects. Global lockdowns brought cars, planes and trains to a screeching halt, causing oil consumption to drop by a quarter and oil prices to crash to multiyear lows, even trading below $0 a barrel in the US at one point. Transportation accounts for close to a third of the global oil demand.

Experts don't see the automobile and aviation sectors returning to their pre-pandemic levels for the next 3-5 years at least. The airline industry was touted to be the biggest growth engine for oil, riding on demand from people getting richer, but that now looks unlikely, especially over the next few years.

"The backdrop of declining demand means that the Kingdom [of Saudi Arabia] and its Gulf allies would find it increasingly difficult to manipulate supply and boost prices for any length of time," Jason Tuvey, of Capital Economics, wrote in a note to clients. "If prices are kept artificially high for an extended period, oil demand will end up declining at an even faster pace and the nimbleness of U.S. shale production means that non-OPEC supply will expand."

'OPEC Is a Saudi Mouthpiece'

OPEC was founded in Baghdad in September 1960 by Iran, Iraq, Kuwait, Saudi Arabia and Venezuela. The bloc, which has expanded and contracted over the years, has been plagued by squabbles over strategy and regional power struggles, which have occasionally turned into full-blown conflicts like the Iran-Iraq war and Iraq's invasion of Kuwait in 1990.

Saudi Arabia, which produces a third of OPEC's oil, has remained the de facto leader of the bloc since the 1990s, when conflicts, corruption and poor management wrecked production in other member countries, including regional rivals Iran and Iraq.

Riyadh has oscillated between propping up crude oil prices and shielding its market share, often unilaterally. "OPEC is a Saudi mouthpiece," Colgan said. In March, when OPEC+ negotiations to cut output in response to the pandemic collapsed, Saudi Arabia launched a price war against Russia — much to the dismay of weaker OPEC members such as Nigeria and Angola, already bleeding due to low oil prices caused by Riyadh's 2015-16 misadventure.

Despite all its sway, Saudi Arabia has struggled to rein in the bloc's so-called cheaters, including Nigeria and Iraq, which have been notorious for failing to comply with pledged output cuts aimed at propping up oil prices. Riyadh, which is more vulnerable to low oil prices than other major oil producers with its break-even oil price exceeding $80 a barrel, has ended up doing much of the heavy lifting to ensure overall compliance.

Tuvey of Capital Economics says in the medium-term Saudi Arabia will scale back its efforts to prop up oil prices and revert to the strategy of shielding its market share at any cost to avoid leaving substantial quantities of oil stranded amid falling demand.

"Such a shift in policy, particularly if it were sudden and unexpected, would put some downward pressure on oil prices. But this is unlikely to be too troubling for the kingdom, and the government has proven its willingness to impose harsh fiscal austerity," Tuvey said. "Saudi policymakers won't have much sympathy for other producers that fail to adjust their economies to low oil prices."

Yet it may be too early to write an obituary for the bloc, which has survived many crises in the past 60 years, eliciting comparisons to the proverbial cat with nine lives. Oil is likely to remain the world's most important commodity for years to come.

"Paradoxically, OPEC as an aggregator, a point of meeting for many producing nations, could potentially play a bigger role in managing the tensions of a contracting market among those oil producers," Benoit said.