‘It’s super worrying’: Droughts and fires in the Amazon continue to cause CO2 emissions for years, study says 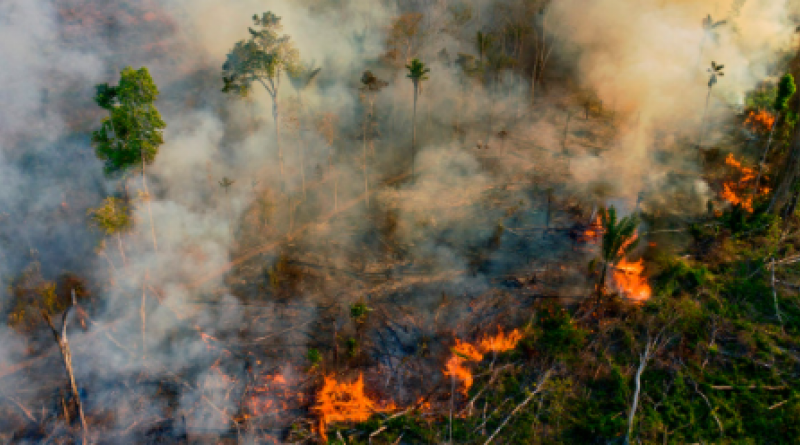 Research reignites need for a ‘worldwide curb’ in emissions, an Amazon scientist tells The Independent

Droughts and fires in the Amazon continue to cause CO2 emissions for years after they first occur, a new study says.

Research conducted on the world’s largest rainforest found that trees hit by fires and drought continued to release extra CO2 for two and half years.

This is because the damage sustained by trees during fires and droughts causes them to die out slowly over the following months and years, the study lead author said.

As trees die, they release their long-held stores of carbon into the atmosphere, she told The Independent.

“It’s super worrying,” said Dr Erika Berenguer, a senior research associate at the University of Oxford and Lancaster University and lead author of the study, which is published in the Proceedings of the National Academy of Sciences journal.

"Normally people associate a severe drought in the Amazon with excess mortality [of trees], but as if it’s a one-off thing.

“But what we’re showing is that excess mortality continues after the drought – and that’s worrisome because it shows that carbon loss and therefore CO2 emissions remain above expected levels for those years.”

For the study, the scientists recorded tree death and carbon loss in the years following an extreme drought in the Brazillian Amazon from 2015 to 2016.

The researchers focused their fieldwork on the “epicentre” of the drought – a region encompassing 1.2 per cent of the Brazilian Amazon.

In the Amazon, most fires are started intentionally by those carrying out economic activities such as farming, logging and mining. Once started, drought conditions can prompt fires to spread more quickly.

At the time it was very traumatising to see our research plots completely burned by fires,” Dr Berenguer added.

From their field results, the research team estimated that the 2015-16 drought and associated fires in the epicentre region killed around 2.5 billion plants, causing the release of 485 million tonnes of CO2.

The extreme drought was primarily driven by El Nino, a periodic natural climate event affecting much of the world, including South America, Africa and Asia.

Though El Nino is a naturally occurring event, research suggests that human-caused climate change is causing it to be more severe and unpredictable, Dr Berenguer explained.

“This 2015 El Nino saw temperatures that were 2C higher than previous El Ninos – and that is because of climate change,” she said.

“What our study shows is what we could be seeing in the future, with more severe droughts happening and this large-scale tree mortality. If we can curb emissions worldwide, that would help the Amazon because droughts won’t be as amplified.”

The findings come after a study published in Nature last week found that parts of the Amazon have begun emitting more carbon than they are able to absorb as a result of deforestation and the climate crisis.

Dr Berenguer added that as well as cutting emissions, the Brazilian government must do more to prevent people from starting fires.

“These fires can be avoided,” she said. “We need better fire management plans for the Amazon region – especially for years with severe drought.”

Brazilian Amazon released more carbon than it absorbed over past 10 years.