HOW LAGOS IS CREATING A THRIVING ECOSYSTEM FOR TECH STARTUPS 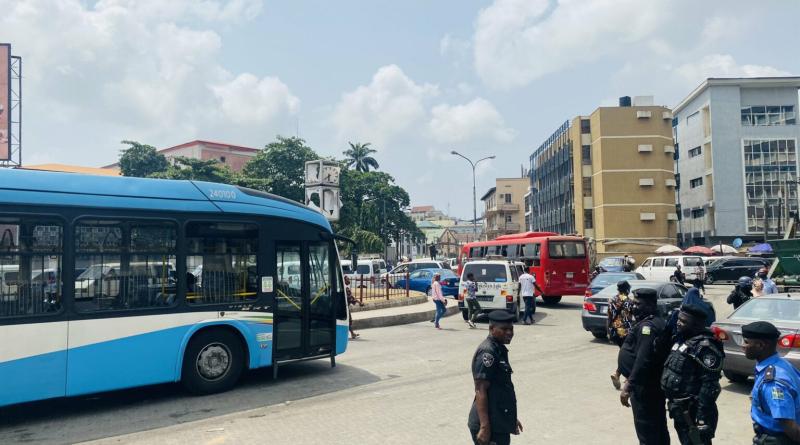 In this age, technological innovation and development of a country or continent are closely knitted. That is why governments around the world prioritise it in their locale. When technology is adopted into the framework of a country or state, governance is made easy and swift development is assured.

Africa is a hotbed of technological innovation and talent. This is evident in the increase in digital skills and the large number of tech startups that have sprung up in less than a decade. These new technological skills and innovations require an enabling environment to thrive, and governments bear the responsibility for creating this environment.

“We’ve realised that big tech sees us as free raw materials to be extracted, commodified, and sold. Our most dangerous illusion in the tech ecosystem is that these platforms, which are supposed to be tools for increasing freedom and democracy, are actually undermining democracy and reducing freedom,” said Mr Tubosun Alake, the special adviser on innovation and technology to the Lagos State Governor.

He adds, “One of the key factors for driving sustainable economic growth is regulation, so a balance must be struck between innovators and regulators. In Lagos, we are fully aware that regulation must be kept in step with advancing technology areas like the fintech, agritech, and the gig economy.”

He made the statement during his keynote address titled “Regulating for the people – The Role of governance in innovation,” to a diverse mix of tech industry players from across the continent at the GAT Summit (Government and Tech Summit) 2022. He further talked about how Lagos state is leveraging technology to transform its economy and create an enabling environment for innovators.

Home to an estimated 24 million inhabitants, Lagos is Nigeria’s commercial nerve centre. This prestige makes it a top destination for investors and tech experts in the global tech market. Hence the need to create an enabling environment for businesses and investments to flourish. “Technology entrepreneurs would find that Lagos state is one of the most improved environments to do business. Not only attributing to its large market size, and dynamic labour force, but in its regulatory and civic friendliness to technological development. I do not say this lightly. More than other places in the federation, Lagos has experienced a tremendous share of growth in terms of technology,” Alake said.

“Of the over $1.7 billion venture investment that came into Nigeria, 70 per cent of the funds came into Lagos startups. Over the past six months, about $1 billion in data centre investment has poured into Lagos because of some of the investments we are making and some of the regulations we are pioneering. Lagos According to him, under the present administration, Lagos state has begun working on a smart city plan to transform the state into a technology-driven state,” he added.

Some infrastructure in place to advance technology and drive value addition in the sector include investment in metro fibre deployment. About 2,900 km of fibre optic cable infrastructure has been deployed in Lagos, and the second phase of another 3,000 km is in the pipeline. Additionally, ducts infrastructures are laid alongside the fibre to avoid re-digging cableways when a new company wants to deploy. This is cost-effective and lessens the amount of cost passed on to customers.

Mr Alake revealed that fibre optics cables are deployed in about a hundred public schools and public hospitals in the state.  Telemedicine and distance learning can thrive with this and be accessible to many citizens.

Aside from the fibre optic network, the state is working on increasing the number of sites for the deployment of smart cameras and intelligent transport systems across the city. “Some locations have intelligence cameras that capture your plate number when you violate the traffic. When you run past the red light at certain junctions and go to renew your licence plate afterwards, you will get a ticket for a traffic violation. We will increase the deployment site so that LASTMA will not bother you. That will reduce the friction between law enforcement agencies and citizens,” he said.

Notably, the state is investing in the tech startup ecosystem through different initiatives. The Lagos Science, Research and Innovation Council (LASRIC) has funded over 45 startups with grants between $9000 and $12,000. About fifty research and development projects in universities have been funded and some patented. These could be harbingers of wealth if large companies are birthed through them.

Lagos is also a significant contributor to the Nigerian startup bill. There are plans to form the office of the startup support that will help the domestication of the startup bill in Lagos state. “When a startup wants to incorporate the process, it is much faster, and when they need resources, the process is seamless. We are incorporating that into Lagos so that Startups do not have issues with access to funding,” Alake explained.

Lastly, the state is working on the infrastructural deficit of the Yaba technological campus to make it the largest technological hub in Africa. Lagos gave the right of way for the first fibre optic cable (Main One) deployed in Yaba, which gave rise to many startups in the area.

Indeed, Yaba is a fast-growing tech ecosystem, and it has been named the Silicon Valley of Nigeria. Yaba has also hosted the CEOs of some of the world’s largest tech giants like Mark Zuckerberg and Jack Dorsey. It has also housed big tech startups like Andela, Konga, and presently, Co-Creation Hub, the internationally ranked innovation centre. Efforts to bridge the infrastructural deficit that plagues the area validate the area’s prospects of being the largest tech hub in Africa and create an enabling tech ecosystem for innovators.