The Guardian view on saving forests: when trees are at risk, so are we. 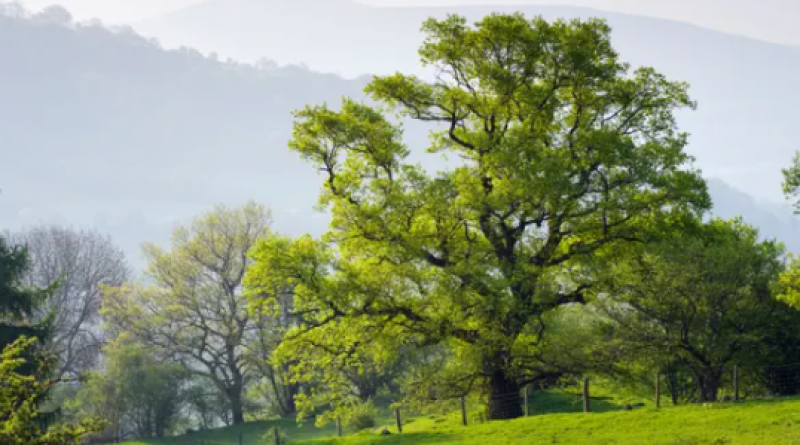 Plantations are no replacement for biodiverse forests that have evolved over thousands of years.

People need trees. A world without ilex, cinnamon and rosewood trees, a world devoid of magnolias, hornbeams and maples would be much the poorer. We rely on trees, of course, to absorb and store carbon dioxide. They provide us with food, fuel, medicine and construction materials. They shelter us from storms; they reduce soil erosion. Without them, other plants and animals would be lost for ever – in the UK, native oaks feed and shelter about 2,300 other species. We are only beginning to fully comprehend their social nature and the “wood wide web” which connects plants together through roots, fungi and bacteria. We need them, too, because their grace and beauty lift our spirits and restore our calm.

There are almost 58,500 tree species in the world, a richness few of us can truly comprehend. But a shocking new international study has warned that between a third and half of those are at risk of extinction in the wild – posing a risk of wider ecosystem collapse. The comprehensive report by Botanic Gardens Conservation International, which was five years in the making, found that twice as many tree species are threatened as mammals, birds, amphibians and reptiles combined.

More than 440 have fewer than 50 individuals left in natural environments. Worse, even abundant trees that survive will in many cases do so in greatly reduced numbers. In Brazil, where around one in five tree species are at risk, deforestation in the Amazon has hit the highest annual level in a decade.

The chief culprit for tree loss is the destruction of habitat by farming, grazing and logging. Global heating and its consequences, from extreme weather to rising sea levels, are increasingly taking their toll. Tropical island states are particularly affected, but the problems lie closer to home too. Just 30 Menai whitebeams remain in north Wales, the only place on earth where they are found.

Protecting such habitats must be the priority. One study suggests that global tree cover has actually increased over recent decades, but 420m hectares of forest were lost between 1990 and 2020. However important tree-planting schemes may be, new plantations are no substitute for complex and biodiverse environments that have evolved over centuries.

Richer countries must ensure that developing nations have incentives to cherish forests in a global economic system that currently rewards their destruction. More heed must be paid to indigenous communities who better understand ecosystems and how to protect them. A broader re-evaluation of the roles that trees play is needed, recognising that a mangrove swamp or woodland can be a better way to help mitigate floods or reduce heat in cities than vast concrete constructions or power-hungry air conditioning.

Where forests have been erased, natural regeneration is often best. Failing that, planting a variety of species is better than simply relying on a few fast-growing kinds of saplings. Considering human interests is important: including harvestable trees will increase the incentive to protect the land (and the Amazon of today was shaped by humans over millennia). Only by working with communities can protection be sustainable. Preserving seeds in the hope that species can be brought back to life is necessary too. But it is a last resort. A seed bank cannot replace the rich and tangled life of a forest.

From tree planting to CO2-sucking machines: How could ‘negative emissions’ help to tackle the climate crisis?

Africa is Planting Tens of Millions of Trees in the Desert. Here’s Why.

The Guardian view on carbon offsetting: a model with dangerous flaws