Green Gold: the Billion Dollar Question for the Congo Rainforest 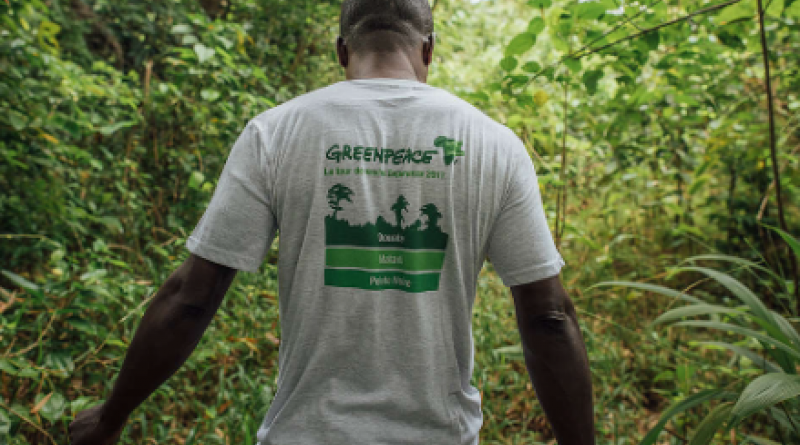 On the brink of an unprecedented environmental emergency, EU ambassadors to the Democratic Republic of Congo (DRC) gathered earlier this month for a luxury river cruise hosted by the country’s Environment Minister, Eve Bazaiba. Many of them represent donor countries from the Central African Forest Initiative (CAFI), in the final stretch of negotiating an estimated $1 billion ten-year DRC forest protection program. The Minister is wining and dining them to push her top priority: the lifting of a 2002 ban on the awarding of new logging concessions.

The decision to lift the ban was approved this July by the Council of Ministers, presided by Président Félix Tshisekedi, but an implementation decree is yet to be signed. In April, at Joe Biden’s Leaders Summit on Climate, Congo’s president had pledged to stop deforestation and increase forest cover by 8%.

Minister Bazaiba has responded to a letter from local and international environmental and human rights groups by saying she has no lessons to learn from NGOs. She calls criticism of the lifting of the moratorium “beyond daring for the 21st century”; the Ministry labels critics “the beneficiaries of imperialists.”

The lifting of the moratorium could open some 70 million hectares to logging – an area roughly the size of France – and its impacts would be catastrophic. With or without a “sustainability” label, the logging of the Congo Basin is a nightmare for the rule of law and a constant threat to local people.

For millions of people who depend on the forest for their livelihoods, including Indigenous Peoples, selling it off to multinationals has meant land grabs, displacement and destitution. And bulldozing the rainforest will likely mean less rain. The Congo Basin forest is estimated to contribute more than half of the annual precipitation in Sub-Saharan Africa, an area already facing a plethora of droughts and extreme heat waves.

One of the things the EU ambassadors the Minister is schmoozing ought to remind her is that no one appears to know exactly who these multinationals are. Nearly six months after the launch of an EU-funded legal review of logging titles, the lead auditor reported this month that his team still hasn’t been able to pull together a list of titles… He hasn’t yet glimpsed a “so-called existing” list; what there is is “very incomplete.” Ève Bazaiba took her time to sign the team’s mission order, until two months after an intervention by the EU ambassador.

Over 40 Congolese and international NGOs are still waiting for a reply to their 23 September letter to donors, warning of the impending catastrophe.

In the letter they were told that lifting the moratorium in DRC, home to about 60 per cent of the Congo Basin forest, would remove the last shreds of credibility from COP15 on biodiversity in Kunming and from COP26 on climate in Glasgow. The Congo Basin forest has more than 600 tree species and 10,000 animal species, including forest elephants, lowland gorillas, bonobos, and okapi. Its vegetation is estimated to contain between 25-30 billion tons of carbon, equivalent to about four years of global anthropogenic emissions of CO2. Increased logging might mean greater risk of yet another pandemic.

Just how out of it are the donors? Do they really have any clue what the current logging scene is in Congo?

Over the years, one Minister after another has violated the moratorium, gratifying senior military – including an army general under EU and US sanctions for human rights abuses – and other makeshift “logging” firms.

But by far the most surreal example of what the lifting of the moratorium would mean is last year’s award of six so-called “conservation” concessions, covering an area half the size of Belgium, to a company called Tradelink.

The only shareholder of the firm that a Greenpeace Africa investigation has been able to identify is Aleksandar Voukovitch, a Belgian expat who’s made his career in mining, oil and timber. He would appear to have no experience in conservation, and even less in the area of forest-rights protection. In September, the Minister missed the legal deadline to respond to an administrative complaint seeking the cancellation of his contracts. The national Institute for Nature Conservation, ICCN, has confirmed they were awarded illegally, without its knowledge. The governor of Tshuapa province has also demanded their cancellation.

The same Ministry that’s accusing national and international NGOs of being imperialist stooges has remained silent about what’s probably the biggest handover of territory to Belgian interests since independence.

Finally, over a year after the award of the Tradelink contracts – and, by sheer coincidence, two weeks before COP26 — President Tshisekedi ordered their suspension, as well as that of all other “dubious” forest concessions. Better late than never, but it would appear that the sudden interest in good “forest governance” may simply be meant to reassure donors that the moratorium can now be safely jettisoned. No sign yet of the opening of a legal investigation to determine the responsibility of the various parties.

Are donors in the process of green lighting the lifting of the moratorium even as we speak? Will the EU taxpayer be financing a free-for-all for EU and Chinese multinationals? Now’s the time for the weekend river cruisers to take a position – a public one.

But the one billion dollar question isn’t whether foreign governments will tacitly support all of the above or simply walk away. There’s a far better path for investment for CAFI and other donors too.

The health of our planet requires ending, rather than endlessly recycling, the colonial concession system so beautifully incarnated by Tradelink. The DRC government and CAFI must extend the moratorium on new logging and invest in the protection of forest rights. They must finally decide to leave the rainforest to its rightful indigenous owners.

COP 15: Africa’s protected areas at the heart of the summit