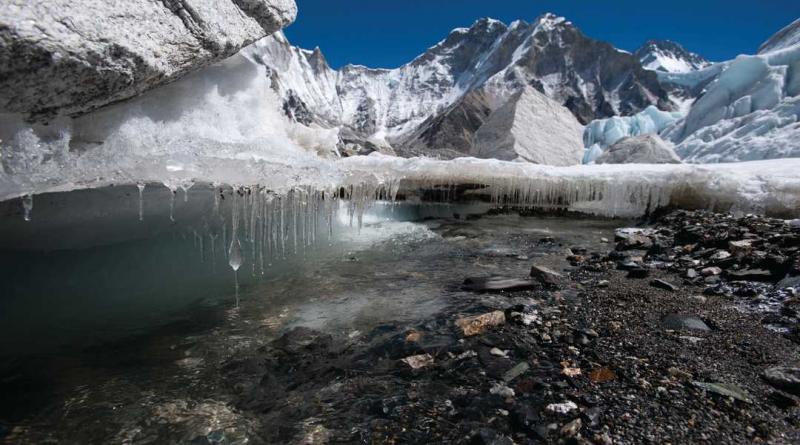 Antarctica and Greenland aren't the Earth's only frozen places threatened by human-caused climate change: The Himalayas are also at risk, scientists announced Monday.

In fact, a whopping two-thirds of Himalayan glaciers could melt by 2100 if global warming continues, according to the new report.

Such a catastrophic melt would disrupt the flow of Asian rivers, which are a crucial resource for crops for billions of people in China, India and six other countries.

"This is the climate crisis you haven't heard of," said Philippus Wester, a scientist with the International Centre for Integrated Mountain Development, which released the report. “Global warming is on track to transform the frigid, glacier-covered mountain peaks ... to bare rocks in a little less than a century," he said in a statement.

The glaciers are now a critical source of water for about 250 million people in the mountains and an additional 1.65 billion others who live in the river valleys below, the report said.

Water from the melting glacial ice could lead to floods along such major rivers as the Ganges and the Indus, potentially destroying crops.

According to the report, the region is known as the world’s “Third Pole” for its huge store of ice, and it is also home to Mount Everest, K2 and other iconic peaks.

Prepared over a five-year period with contributions from more than 350 researchers, the report is the first "to lay down in definitive detail the region’s critical importance to the well-being of billions and its alarming vulnerability, especially in the face of climate change,” said David Molden, director general of the development group that published the study.

Though the mountains are tens of millions of years old, their glaciers are extremely sensitive to the changing climate. Since the 1970s, when global warming first set in, these huge masses of ice have steadily thinned and retreated.

Man-made climate change, aka global warming, is caused by the burning of fossil fuels such as gas, coal and oil, which release greenhouse gases such as carbon dioxide (CO2) and methane into the atmosphere. This extra CO2 causes temperatures of the atmosphere and oceans to rise to levels that can't be explained by natural causes.

In addition to the warming effects from those invisible greenhouse gases, the area is also plagued by punishing levels of air pollution. Black carbon and dust pollution can exacerbate and amplify the effects of greenhouse gases, further accelerating ice melt, the report said.

The polluted air also changes monsoon and rainfall patterns all across Asia.

Besides China and India, the other six most threatened Asian nations are Afghanistan, Bangladesh, Bhutan, Myanmar, Nepal and Pakistan.

“We need to start thinking of mountain regions as climate hotspots worthy of urgent attention, investments and solutions,” concluded Dasho Rinzin Dorji of Bhutan, a board member of the International Centre for Integrated Mountain Development.