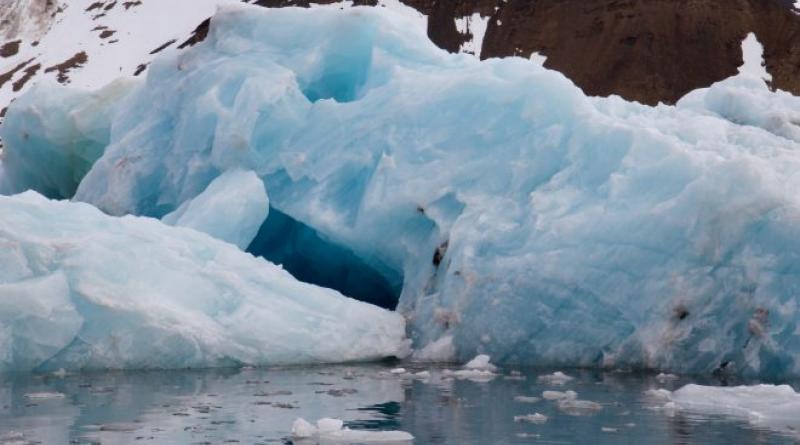 Melting Arctic glaciers have contributed nearly 2.5 centimetres (one inch) to sea level rise since 1971, dumping an estimated 14,000 tons of water per second into the world’s oceans between 2005 and 2015 and tripling since 1986, according to a study last month in the journal Environmental Research Letters.

That’s the equivalent of 160 litres per day for each of the world’s 7.7 billion occupants, noted lead author Jason Box of the Geological Survey of Denmark and Greenland.

The even bigger problem is that ice loss at both poles seems to be increasing simultaneously, “suggesting that we could be in for an even faster rate of sea level rise in future decades,” the Washington Post reports. An increase of about three millimetres/0.11 inch per year is “mainly driven by the Arctic contribution, the Antarctic, and a third major factor—that ocean water naturally expands as it warms.”

The new estimate points to the Arctic as the biggest single factor in sea level rise, with total ice loss of 447 billion tons per year, “even though the Antarctic contains far more ice,” the Post notes. “Driven by glacier clusters in Alaska,Canada, and Russia and the vast ice sheet of Greenland, the fast-warming Arctic is outstripping the entire ice continent to the south—for now.”

The research result “clearly shows an acceleration of the sea-level contribution,” Box said. “Antarctica will probably take over at some point in the future, but during the past 47 years of this study, it’s not controversial that the Arctic is the largest contribution of land ice to sea level rise.”

The study team brought together scientists from Denmark, the United States, Chile, Canada, Norway, and the Netherlands.

“Separate research has recently found that the Antarctic’s loss rate has also tripled in just a decade, reaching 219 billion tons per year from 2012 to 2017,” the Post adds. “Assuming these numbers are correct and summing them together, the world’s polar regions are losing about 666 billion tons of ice to the ocean each year—amounting to a little bit less than two millimetres of sea level rise annually.”

University of Alaska at Fairbanks glacier specialist Christopher Larsen noted the figures for the Arctic are being driven by Greenland, which accounts for 20 feet of potential sea level rise on its own. “Ultimately, Greenland has the most ice to lose in the Northern Hemisphere,” he wrote in an email. “As rapid as ice loss is now or may become anywhere in the north, the regional totals of ice mass within Alaska or Arctic Canada are smaller than what Greenland holds.”