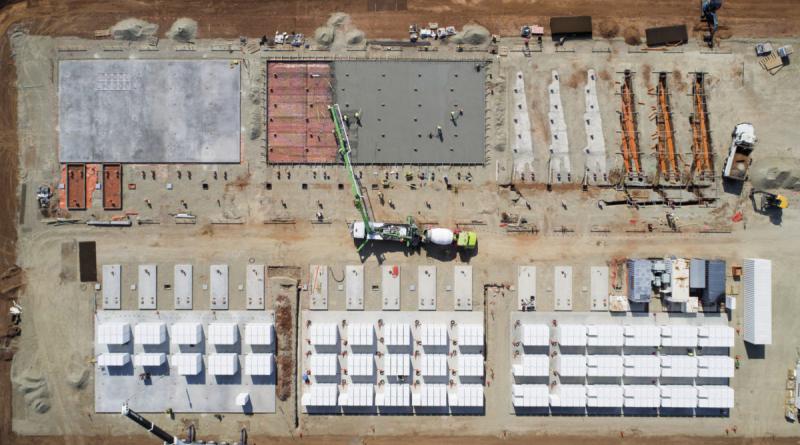 IHS Markit’s analysts have mapped out what they are keeping an eye out for in the year ahead. Aside from higher installation figures, the number-crunchers predict a continued battle for multi-function in the hard-fought inverter segment and a potential watershed year for utility-scale storage.

Price falls for solar modules and inverters will drive a rise in solar power capacity installation figures in almost 90 countries this year, according to IHS Market, and analysts predict that this time next year we’ll be looking back on a three-month period that saw some 34 GW of new PV added worldwide.

That is one of the eight solar highlights to watch out for this year that have been selected by IHS number-crunchers, who predict nine countries will install more than 500 MW more solar capacity than they did last year. Module and inverter price falls of 32% and 18%, respectively, in the last two years will fire PV growth and the oversupply seen last year in cell and module markets is likely to be reversed some time in the second quarter.

On the back of a rising number of corporate PPAs, European PV demand will be at its strongest since 2012, with 18 GW of installations expected. IHS sees attractive economics as the main driver for the European solar renaissance. The region’s utility-scale market will be the biggest winner, to make up 48% of installations compared to 33% last year. “This increase is greatly aided by tender projects in Germany, France, the Netherlands [and] Spain, which will drive 62% of new utility-scale additions [in] Europe this year,” states the 2019 highlights report. Almost a quarter of the new additions will source revenue from private PPAs signed directly with large electricity consumers or from energy traders. The main markets for private PPAs are in Spain, Portugal and Italy.

Europe’s ageing PV fleet will be subject to revamping and repowering. According to IHS Markit, some 40 GW of plants with a capacity of more than 100 kW each are more than six years old. Despite the old fleet benefiting from generous incentive schemes, ageing technology and component defects will affect yields, and equipment manufacturers seeking new sales channels see an opportunity. Operations will not just be limited to repairing and replacing inverters, and other balance of system components, but could also see a wave of retrofitted panel coatings and the addition of power optimizers. The main markets in Europe will be Germany, Italy, Spain and France – in that order. The former two are the heavyweights – thanks to their early-adopter histories – and will make up nearly three-quarters of the potential market.

China’s PV growth over the past eight years had been unprecedented, with 175 GW of installations completed. National feed-in tariffs stimulated the domestic market and the country quickly came to strengthen its manufacturing base. China’s National Development and Reform Commission has now set out to push PV to grid parity, although, according to IHS analysts, unsubsidized projects will generate little demand this year. Nevertheless, the analysts predict a stable, 40-50 GW Chinese market for the next four years. The authors of the report say that estimate is underpinned by the assumption China will continue to offer a framework that reflects its climate-sensitive agenda and protecting its manufacturing base. “Any significant deviation by China from this pathway would, of course, have significant consequences for the global outlook,” the analysts wrote.

This year, says IHS, will see the first meaningful installation volumes of utility-scale storage collocated with solar plants. Much of the development will take place in North America, with 500 MWh forecast. The U.S.’ market growth will be driven by the introduction of Federal Investment Tax Credit schemes, which have reportedly kick-started the country’s solar industry. Last year, it was decided the tax scheme could also be applied to storage systems collocated with utility-scale solar. “The pipeline of utility-scale PV systems with plans to add batteries in the U.S. grew to more than 6 GW,” stated the IHS report, though analysts cautioned many of the projects were speculative. However, they expect 2 GW of energy storage will be built over the next five years. Aside from the U.S., the report points at South Korea as another high growth market for large storage this year.

Aggressive competition in the inverter market

Over the last five years, inverter prices have fallen 61%, placing huge pressure on manufacturer margins and revenues. As a result, many suppliers have worked to diversify their portfolio by offering engineering, procurement and construction services as well as operations and maintenance. That trend is set to continue, say the analysts. In a scramble to avoid commoditization of inverter products, suppliers must quickly harness artificial intelligence, machine learning, internet of things applications and other new technologies. EV charging in particular is forecast for high growth in the coming decade.

The module efficiency race is heating up

Solar modules have become 25% more efficient over the last decade and higher performing technologies, such as monocrystalline cells, are becoming mainstream. Higher efficiency PERC cells are likely to account for half of global production this year, up from 14% in 2016. “The possibility of 400 W modules using p-type PERC cells reaching mass production in 2019 is now under discussion,” wrote the analysts. Longi, Jinko Solar, Canadian Solar and other tier-one brands have already announced products that will reach the 400 W point. Bifacial modules, though, may have to wait until 2020 – or later – for their commercial breakthrough. Until then, pilot projects will provide more data for investors mulling the technology, according to IHS Markit.

Digitalization of the energy system in full steam

Some 30,000 new internet of things-connected PV inverters are being shipped daily this year, amounting to around 11 million across 12 months. IHS analysts say the industry will use this year to focus on how to generate value from the data they will provide. Operations and management could be the first field of application for that development and ABB, Schneider Electric and Siemens are already offering all-encompassing industrial internet of things platforms. Also this year, more fragmented developments in metering, monitoring and the operation of residential and grid scale solar farms are likely to take place. Further out, the combination of the data accumulated could lead to utility management packages, as the authors label them. “For example, combining customer metering data, solar inverter output and weather information could allow utilities or grid operators to compute and overlay energy requirements and better manage the grid,” adds the report.

Global BIPV market to grow by 15 percent every year