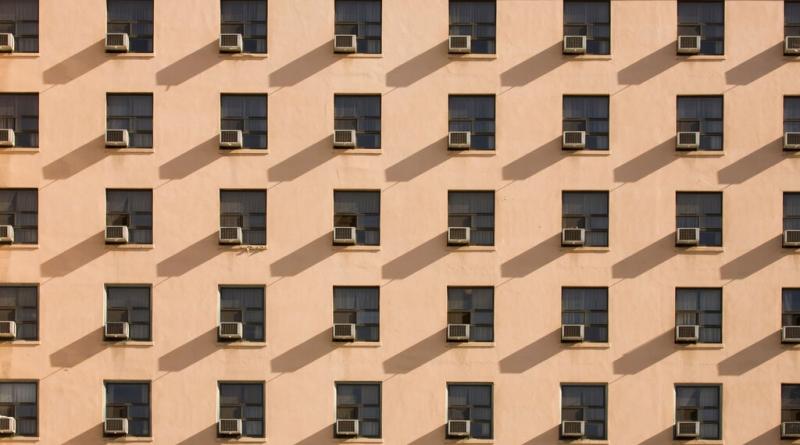 WASHINGTON — In the waning days of the 116th Congress, lawmakers have authorized $35 billion in spending on wind, solar and other clean power sources while curtailing the use of a potent planet-warming chemical used in air-conditioners and refrigerators.

Both measures, backed by some of the Senate’s most powerful Republicans, were attached to the huge government spending and coronavirus relief package that is expected to head to President Trump’s desk early this week, effectively creating the first significant climate change law since at least 2009.

They amount to a rare party rebuke to Mr. Trump on the issue of global warming, after he spent the past four years mocking and systematically rolling back every major climate change rule. The comity may also signal that while President-elect Joseph R. Biden Jr. is unlikely to secure his full climate plan, he may be able to make some progress in curbing global warming.

Senator Chuck Schumer of New York, the Democratic leader, called the effort “the single biggest victory in the fight against climate change to pass this body in a decade.”

Senator John Barrasso, Republican of Wyoming and a leading opponent of most climate change policies, also celebrated: “This agreement protects both American consumers and American businesses,” he said. “We can have clean air without damaging our economy.”

Advocates for climate change policy said passage of the climate measures — especially the limits on refrigerants — could signal to the rest of the world that the United States is ready to rejoin the global effort to slow the warming of the planet. The coolant phase-down would be one of the most significant federal policies ever taken to cut greenhouse gas emissions, according to an analysis by the Rhodium Group, a research and consulting firm.

By 2035, the law would help avoid the equivalent of 949 million tons of carbon dioxide, the group estimated, which is similar in scope to the extra expected emissions from Mr. Trump’s climate policy rollbacks on vehicle pollution and methane from oil and gas operations.

Mr. Biden has pledged to enact the most ambitious climate change agenda by a president. On his Inauguration Day he is expected to formally rejoin the Paris agreement, the 2015 pact under which nearly every country agreed to reduce greenhouse gas emissions. Mr. Trump formally withdrew the United States from the agreement in November. Mr. Biden has also pledged to host a global climate summit in Washington within the first 100 days of his administration.

The bill to cut planet-warming refrigerants “is the most important thing, along with rejoining Paris, that they can show in the first 100 days,” said Durwood Zaelke, president of the Institute of Governance and Sustainable Development, a research organization. “This is one of the first exhibits of success.”

The new legislation would require the nation’s chemical manufacturers to phase down the production and use of coolants called hydrofluorocarbons, or HFCs. They are a small percentage of greenhouse gases in the atmosphere, compared with carbon dioxide from the fossil fuels that power vehicles, electric plants and factories, but they have 1,000 times the heat-trapping potency of carbon dioxide.

In a 2016 accord signed in Kigali, Rwanda, in the last days of the Obama administration, 197 nations agreed to phase out HFCs in favor of alternatives that are less dangerous to the climate. The Kigali agreement was an amendment to the Montreal Protocol, the landmark 1987 treaty designed to close the hole in the ozone layer.

Once the Kigali amendment is implemented by all nations, scientists say it would stave off an increase of atmospheric temperatures of nearly one degree Fahrenheit. That would be a major step toward averting an atmospheric temperature increase of 3.6 degrees Fahrenheit, the point at which many experts think the world will be locked into a future of rising sea levels, severe droughts and flooding, widespread food and water shortages, and more powerful hurricanes. But the Trump administration never ratified the Kigali pact, and instead has proposed to roll back federal regulations curbing the use of HFCs in the United States.

Now, Mr. Trump is about to sign a bill that will require the United States to follow the terms of the Kigali agreement, which requires companies to phase down production and consumption of HFCs to about 15 percent of 2012 levels by 2036. The phase-down will be administered by the Environmental Protection Agency.

The chief U.S. negotiators of the Kigali amendment were John Kerry, the former secretary of state, and Gina McCarthy, the former E.P.A. administrator, both of whom have been appointed to be Mr. Biden’s top White House climate advisers.

Even in a Biden administration, it is not certain whether the United States will ratify the Kigali pact, because to do so would require a two-thirds majority vote in the Senate. But the new law would put the United States in compliance, regardless.

“This provides the green light for Kigali to go into action,” said Frank V. Maisano, a principal at the law firm Bracewell, which represents chemical companies.

American chemical companies have actually been among the strongest supporters of the Kigali pact and the HFC bill, because most already manufacture the more climate-friendly HFC replacements and a phaseout would put them at a competitive advantage over manufacturers of the older technology.

Stephen Yurek, the chief executive of the Air-Conditioning, Heating and Refrigeration Institute, an industry group, was in Kigali four years ago to push for the deal. He has spent the past two years lobbying lawmakers on Capitol Hill to enact it into law.

“U.S. companies are already the leaders with the technology that has been developed to replace the less environmentally-friendly refrigerants,” he said. “This bill is a victory for the manufacturers of all these products — not just the refrigerants; the equipment and component manufacturers,” he said.

Mr. Yurek said his industry has also worried that at least eight states have passed laws of their own requiring HFC reductions and creating a patchwork of rules, “which makes it harder for manufacturers.”

The push by industry brought along Senate Republicans, at least 16 of whom signed on as sponsors to the legislation, which was jointly written by Senator Thomas Carper of Delaware, the ranking Democrat on the Senate Environment and Public Works Committee, and Senator John Kennedy, Republican of Louisiana. Mr. Kennedy’s state is home to hundreds of chemical manufacturing facilities; he framed the bill as a job creator for those companies.

“To create thousands of jobs, save billions of dollars and safeguard the environment, we must invest in alternatives to HFCs,” he said.

Environmental groups have chosen to read big things into that Republican support, though it may not materialize around bills roundly opposed by other industries, especially oil and gas companies.

In addition to the HFC bill, the larger package included a bipartisan renewable energy bill, co-sponsored by Senator Lisa Murkowski of Alaska, and Joe Manchin III of West Virginia, the chairwoman and ranking Democrat of the Senate Energy Committee.

The bill would not appropriate any new government spending, but it would authorize $35 billion in existing government funding to be spent on clean energy programs over the next five years, including $1 billion for energy storage technology that could serve as batteries for wind and solar power, $1.5 billion for demonstration projects for new solar technology, $2.1 billion for advanced nuclear energy technology and $450 million for technology to remove carbon dioxide from the atmosphere.

“Some of these will be the first updates to these programs since the iPhone was first in use,” said Josh Freed, an energy policy analyst with Third Way, a center-left research organization. “It’s critically important because energy systems looked a lot different 10 years ago. There were almost no EVs on the road, very little solar panels on roofs, Tesla didn’t exist.”

For all the celebratory language, climate change will likely remain a partisan land mine. Mr. Yurek, the lobbyist for the coolant industry, said that he was hesitant to even use the word “climate” when talking about the bill, for fear that Mr. Trump would veto any legislation that is seen as boosting Mr. Biden’s agenda.

“We didn't want to give him any excuse to not sign it,” Mr. Yurek said.