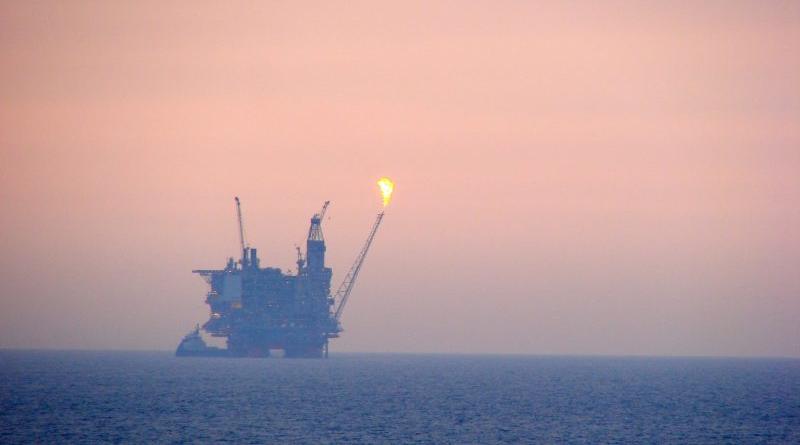 The world’s five largest listed oil and gas companies have spent more than $1 billion touting their climate credentials since the Paris Agreement was signed, whilst lobbying to protect and expand their fossil fuel operations, according to new data published on Friday (22 March).

InfluenceMap, a UK-based think tank, has tracked spending on climate-friendly branding and lobbying campaigns by ExxonMobil, Shell, Chevron, BP and Total since world nations signed up to the Paris Agreement in 2015.

And its findings are striking. The five oil majors splashed on average $195 million each year on branding campaigns, suggesting they support an ambitious climate agenda, while spending another $200 million to control, delay or oppose binding climate policies, the report found. 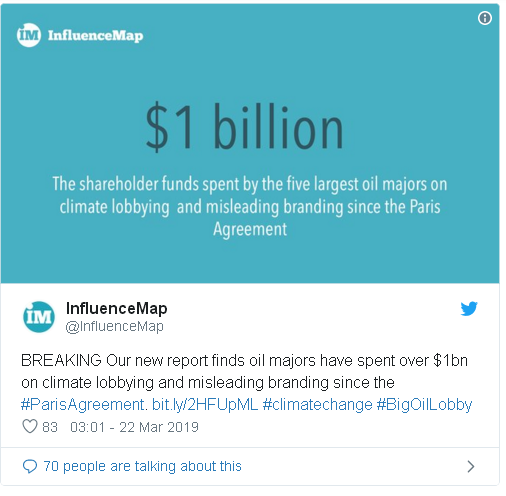 BP, for instance, donated $13 million to a campaign, also supported by Chevron, that successfully blocked a carbon tax in the US state of Washington. And all five are members of trade groups such as the American Petroleum Institute, which successfully campaigned last year to deregulate oil and gas development in the US and roll back methane emissions regulations.

These actions are “overwhelmingly in conflict” with the Paris climate goals, the report underlines.

“Oil majors are projecting themselves as key players in the energy transition while lobbying to delay, weaken or oppose meaningful climate policy,” said Edward Collins, an analyst at InfluenceMap who led the study.

According to the report, oil majors have adapted their messaging strategies after the Paris Agreement because they realised public attention was shifting in favour of more urgent action on climate change.

ExxonMobil, for example, promotes its algae-biofuels research as a potential solution to global warming. But the company’s own numbers show its goal of 10,000 barrels of biofuel a day would equate to only 0.2% of its current refining capacity, according to the report.

Together, the five majors are forecast to spend around 3% of their 2019 capital expenditure on low-carbon technologies, whilst $110.4 billion will be put into more oil and gas, the report found.

“These companies have mastered the art of corporate doublespeak – by boasting about their climate credentials while quietly using their lobbying firepower to sabotage the implementation of sensible climate policy and pouring millions into groups that engage in dirty lobbying on their behalf,” she said.

The InfluenceMap study comes amid mounting pressure from investors to change the behaviour of oil companies. In March, Norway surprised observers by announcing plans to divest its $1 trillion sovereign wealth fund from oil and gas production. Majors like Shell and ExxonMobil escaped the ban which was focused purely on exploration and production activities, but the move still created a stir in the industry.

There is a growing realisation in the oil and gas sector that business models need to adapt to the low-carbon energy transition, which many now accept as inevitable.

BP, the UK oil major, recently predicted that renewable energies will be the world’s main source of power by 2040. The speed of growth in renewables was without parallel in history, the company said in its 2019 energy outlook, published in February.

The advent of renewables, combined with the electrification of the economy, has triggered a frenzy of buy-outs for new energy ventures, such as BP’s acquisition of Chargemaster, the UK’s biggest electric car charger network, completed in January last year. Since 2016, oil majors have closed 148 deals in alternative energy businesses, according to CDP, a financial watchdog based in the UK.

At this game, European majors have shown a greater capacity to adapt. A ranking of the world’s 24 biggest oil and gas companies, published by CDP last year, found European oil companies outperforming US, Chinese and Russian counterparts when it comes to investments in low-carbon technologies.

And some like Norway’s Equinor have announced plans to invest 15-20% of their capital expenditure in renewable energies by 2030, with a focus on offshore wind.

Eirik Wærness, the chief economist at Equinor, said oil companies had the financial muscle, the technical skills and the supply chain necessary to make the change happen.

“If international oil companies don’t take part in the global renewables revolution, who else can?” he told EURACTIV in an interview.

A Shell spokesperson said: “We firmly reject the premise of this report.  We are very clear about our support for the Paris Agreement, and the steps that we are taking to help meet society’s needs for more and cleaner energy. We make no apology for talking to policy makers and regulators around the world to make our voice heard on crucial topics such as climate change and how to address it.”

The International Association of Oil & Gas Producers (IOGP) said: “IOGP categorically rejects the accusations of the report. We publicly welcomed the Paris Agreement, and our industry’s Manifesto clearly lays down the way our industry can help Europe move to a cleaner energy system while meeting Europeans’ need for affordable and secure energy.”

FuelsEurope, the association representing the petroleum refining industry, firmly rejected the accusations in the report. “This report which explicitly refers to FuelsEurope completely misrepresents the positions of the Association and the EU refining industry with regard to the free allocations for industrial sectors at risk of carbon leakage under the EU ETS, and for vehicle CO2 policy and electrification,” it said.

Energy and oil majors turn to rural Africa in grab for world’s next billion customers.