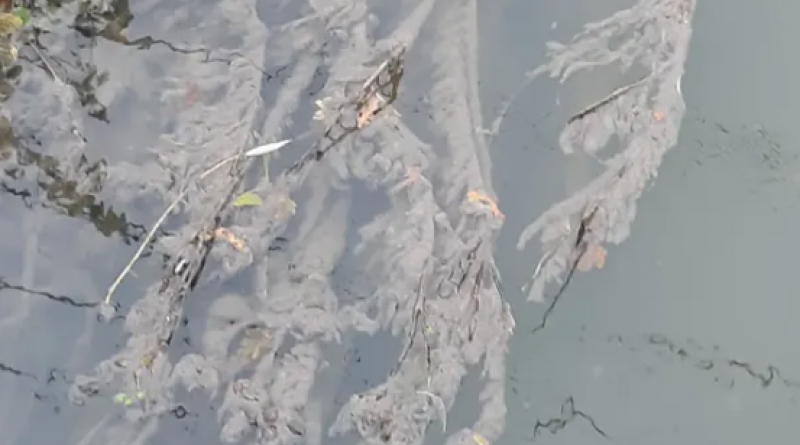 The use of machine learning to shine a light on the scale of pollution from untreated effluent being spilled into rivers could be a crucial tool in efforts to improve the quality of rivers, a paper says.

Prof Peter Hammond, visiting scientist at the UK Centre for Ecology and Hydrology, who co-authored the paper published in the journal Clean Water, used artificial intelligence to analyse data from two unidentified water companies’ waste treatment works from 2009 to 2018.

The AI identified 926 “dark discharges” – or previously unknown spills – from the storm overflows at the two treatment plants.

Discharges of untreated sewage from storm overflows, or CSOs, are permitted only in exceptional circumstances, such as extreme rainfall, the European commission has ruled.

The spills identified by the AI included many during periods of unexceptional rainfall.

Of these spills of untreated sewage, 360 discharged into rivers for a whole day, often spilling for more than 10 full days in a row.

The impact of a full day of untreated sewage flowing into a river is particularly harmful, the authors said, because the spills involve the maximum flow of the most concentrated sewage, which creates the greatest risk of pollution.

Such spills over several days were even more harmful. “Worse still is the pollution potential caused by an unbroken series of 24-hr untreated sewage spills during which a receiving watercourse has no respite nor opportunity to recover,” the paper said.

Recent data from the Water Framework Directive shows the poor state of English rivers. Only 14% of English rivers are of good ecological standard, a rating that suggests they are as close to their natural state as possible.

“Depending on the characteristics of the receiving river and the weather, these [spills] might be highly impactful discharges,” the report says. “It remains to be determined whether these ‘dark’ discharges could help to explain why 80% of surface water bodies in England are assigned a bad, poor or moderate status classification within the Water Framework Directive.”

Hammond said machine learning could be helpful for water companies, the Environment Agency and for scientists to help reduce pollution from sewage spills.

“Our objective was to develop techniques for analysing daily flow patterns and EDM data that could detect spills of untreated ‘storm tank overflow’ discharges into watercourses. We have shown that we can retrospectively identify spills or likely spills from the flow of the sewage being treated at the works,” he said.

“This can inform the water companies which of their works are not functioning properly and it could help the Environment Agency identify gaps in compliance with permits to discharge wastewater. It can also help citizen and professional scientists interested in sewage-related pollution of watercourses.”

The AI programme, the authors say, could be crucial to determining the scale of untreated sewage pouring into rivers because there remain many issues with the quality of the reported data.

“Despite considerable environmental regulation and environmental impact, there remain gaps in our knowledge of the frequency, volume, and polluting effects from untreated sewage spills,” the authors said.

One continuous spill of 60 days detected by the machine learning approach resulted in sewage fungus, which was also reported by members of the public.

Water companies self-report on sewage pollution incidents to the Environment Agency but there is acknowledged underreporting.

Many pollution spills are reported by watchful members of the public. In 2018, water companies reported 62% of pollution incidents, while the public reported 38% – nearly 400 incidents.