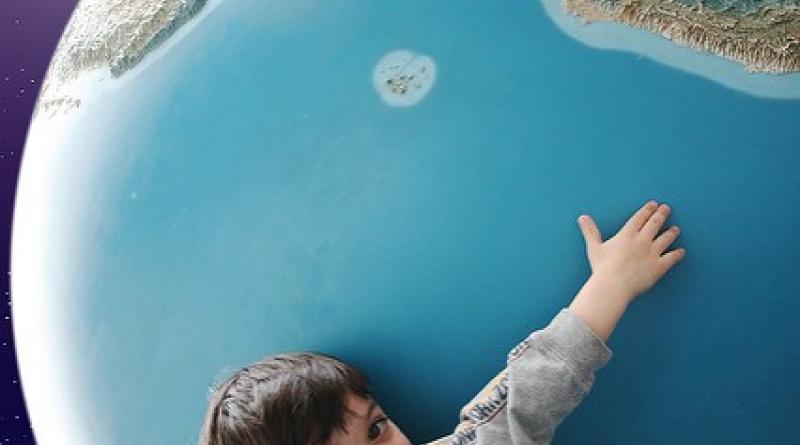 There’s no more avoiding it: we’re in a climate crisis of existential proportions. It’s there every day on the news for us to see. Wildfires, droughts, super-storms, melting ice-caps, shifting jet-streams, mega-cyclones… and that’s just on a Monday.

It’s highly likely that your children, even if you’ve tried to shield them from it, are aware of what’s going on. The topic has probably been raised in school, or they’ve caught a glimpse of the news over your shoulder. Perhaps an older sibling is planning to join the worldwide school strikes for climate.

The first question you need to ask yourself is:

“Do my kids, especially the younger ones, understand climate change fully?”

Because if they don’t, it’s also highly likely that the glimpse they’ve seen is fuelling the kind of nightmares that were once reserved for monsters under the bed.

The second question is:

“How can I explain the reality of what’s going on without terrifying them?”

As a regular speaker at primary schools on the topic of climate breakdown, there’s a strategy I use, based solidly on the psychology of climate communication, that educates kids in under an hour, leaving them armed with knowledge and feeling empowered to head out into the world as little climate communicators. Feel free to use it, in your home, your classroom, at the dinner table, or in the halls of power.

Do this to gauge whether they’ve been shielded entirely from this topic, or whether they have some basic knowledge. Asking about how it makes them feel will let you know whether it scares them or not. It will also engage your audience and get them to pay attention.

2. EXPLAIN ECOSYSTEMS AND THE INTERCONNECTEDNESS OF ALL THINGS

Do they know what an ecosystem is? Many kids know it is something to do with the natural environment, but their knowledge ends there.

The basics: Ecosystems are different regions of the earth made of up living things (plants, animals and organisms) interacting with each other, and interacting with their non-living environments (climate, weather, soil, sun, atmosphere).

Explain the different types of ecosystems (using more question and answer fun, to keep them engaged).

There are two main types of ecosystems: terrestrial (land) and aquatic (water).

These can be broken down into smaller subcategories:

Explain that all these ecosystems interact with and rely on each other. If one is disrupted or damaged, it can have a negative impact on all the others. But if they are all healthy, it can make for a healthy and happy natural environment.

To hammer home the interconnectedness point (which is essential to explaining climate change), liken the earth’s ecosystems to the systems of the human body (respiratory, circulatory, digestive, skeletal, muscular, nervous, immune, etc).

Just like the earth’s systems, the body’s systems work together and depend on each other. When one system is sick or hurt in some way, the others react — sending signals of pain or elevating the body’s temperature, for example.

So, now they know that systems — like the body, and the earth — have to stay in balance to work and be healthy.

And for millions of years, the earth has been in balance. But for the last couple of hundred years, humans have been doing things on the earth which are putting the systems out of balance and making the planet overheat. A bit like when the body contracts an illness and responds by getting a temperature.

So… what is causing the earth to ‘get a temperature’?

3. EXPLAIN THE SCIENCE OF CLIMATE CHANGE

Explain (with the aid of diagrams if you like) that the earth is surrounded by a layer of gases called the atmosphere. The atmosphere protects Earth like a big blanket of insulation. It also

But when we put too much carbon dioxide into the atmosphere, the blanket gets too thick, and too much heat gets trapped. Temperatures start to rise.

What are we doing that puts carbon dioxide into the atmosphere?

It’s a lot of little things, and some bigger things, that we didn’t know were a problem to begin with, but we do now. (So we can stop doing them if we decide to. Hooray!) Things like:

All these activities, over time, have caused the earth’s systems to get out of balance and overheat. The result of this is called global warming.

And one of the main effects of global warming is called…

(big pause for effect here, to see if anyone jumps in…)

What does climate change mean?

At this stage, you might look around and see kids open-mouthed and staring.

They’re processing. Their minds are whirring. They’re starting to think about the wider world, and the fact that it’s in peril. They’re thinking about their family car and wondering if it’s bad. They’re wondering what it will mean for them. Whether they will experience floods and droughts and wildfires. It’s a lot to take in. And if you end your talk there, you’d be doing more damage than good.

And so, here, you must reassure them.

Tell them that you know it sounds bad.

BUT… there is good news! Do they want to hear it?

(Spoiler: They always will.)

Tell them about the thousands of very clever scientists all around the world who are looking at this problem. They already know exactly what we need to do to fix it. All we have to do is follow their advice.

With ramped up enthusiasm: “Isn’t that great news?!”

Kids visibly brighten at this point. Some even cheer.

Tell them that there are two types of things we can do:

This is where I read my climate change kids’ book. Written in collaboration with Climate Scientist, Michael E. Mann, it tells the story of a little girl, Sophia, who is forced to confront the climate crisis head on when a series of climate refugees, human and animal, turn up on her doorstep. It’s a story about her learning empathy, educating herself, then deciding she wants to help.

You can make up your own story if you wish. The key point is the empathy part.

For many of us, particularly those living in urban areas shielded from the effects of a changing climate, it can be difficult to muster a sense of urgency on this topic. Climate change is happening somewhere else, to other people. It’s a distant problem.

In reality though, it’s closer to all of us than we think.

But by asking children to put themselves in the shoes of a family from Kiribati whose home is being washed away, to imagine how confused a bee feels by seasons being disrupted, to think about farmers who want to work, but can’t because the rain has stopped coming, we ask them to be empathetic.

Empathy opens people up to learning more, and to helping.

By asking kids to think about how these distant climate refugees are feeling, you’re asking them to view these dangerous and upsetting realities through the safe lens of imagination.

Kids are naturally compassionate creatures, when things are explained to them. At the end of this exercise, you should have children open to learning more and ready to help.

6. TELL THEM HOW THEY CAN MAKE A DIFFERENCE

Again, I turn to my book here, which lists things kids can do every day to reduce carbon emissions in the family home, and at school. There are also excellent resources all over the internet for this.

Introduce the idea of civil activism, in the form of letter writing and speaking to people who represent them in the government.

For older kids, give examples of non-violent civil disobedience, like kids going on school strikes for climate, and Extinction Rebellion protestors, disrupting the flow of traffic in major cities in order to make governments sit up and listen.

The main message here is that there are two arms of climate action:

The second one alleviates the implied burden of the first one. Which is essential, because, frankly, kids who have done nothing to cause the problem, shouldn’t be expected to fix it.

Tell them about the power of communication. They now have the tools to tell other people what they know. If they can convince other people (like their parents and grandparents) to change their ways, they’re multiplying the effects of their actions many times over.

Ask them to imagine the beautiful and healthy world we’d be living in if every person on the planet was reducing their carbon emissions.

This idea leaves them all with hope and something to work towards.

Ask them who is ready to be a World Saving Hero.

This final step, perhaps the most important, happens outside the classroom. It happens at home, in the grocery store, online, at work, and out in the wider world. It’s the part where we put our money where our mouths are, walk the talk, and lead by example.

MEGAN HERBERT is the author/illustrator of award-winning climate change kids’ book, The Tantrum That Saved The World, Director of World Saving Books, and a public speaker on the subject of effective climate communication and how to talk to children about climate change.

How to solve the world's plastics problem: Bring back the milk man