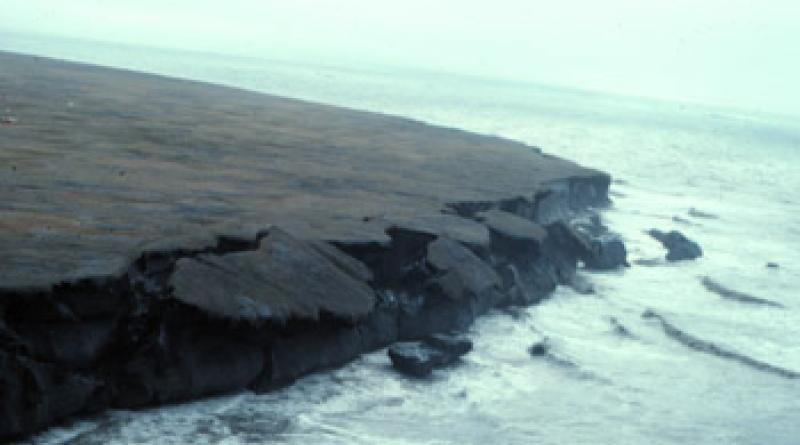 Across much of the Arctic, communities and infrastructure sit on top of a thick layer of permafrost that has stabilized the ground for millennia. But as global temperatures rise, this frozen soil is melting, causing homes and businesses to collapse and roadways to crumble. Now, a new studyhas found that most of the Arctic’s built environment will be damaged by the thaw, even if nations meet their Paris Agreement climate targets.

The study, published in the journal Nature Communications, found that nearly 70 percent of infrastructure in the Arctic — including homes, hospitals, roads, railways, and industrial sites — is built on permafrost that is at risk of thawing by mid-century. Three-quarters of the population living in the Arctic permafrost region, about 3.6 million people, will be affected by this damage in the next 30 years.

In addition, nearly half of the oil and gas drilling sites in the Russian Arctic are in regions where “thaw-related ground instability can cause severe damage to the built environment,” the study’s authors write. Roughly 20 percent of Russia’s population and its GDP comes from north of the Arctic Circle, Earther reports. “So they will have some big bills coming up,” David Titley, the head of Penn State’s Center for Solutions to Weather and Climate Risk, told the environmental news site.