WRI: Primary rainforest destruction increased 12 per cent between 2019 and 2020. 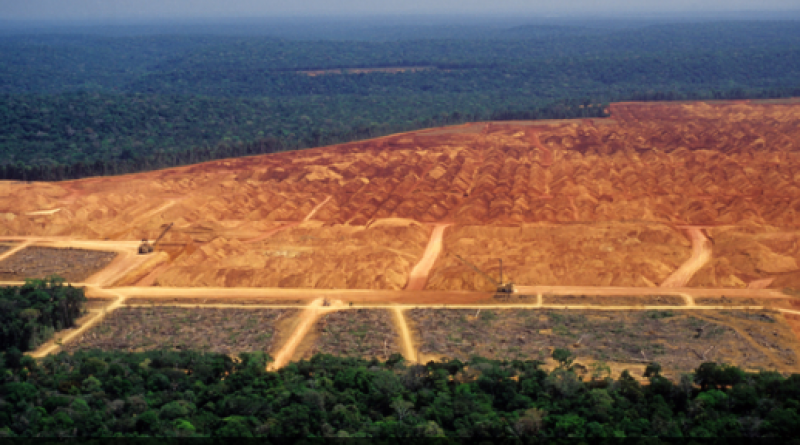 2020 was meant to be a landmark year in the fight against deforestation, a year by which many companies, countries, and international organisations had pledged to halve or completely halt forest loss. But fresh research from the World Resources Institute (WRI) today shows the rate of tropical deforestation continues to rise and increased by a huge 12 per cent between 2019 and 2020.

Findings released this morning by the NGO's Global Forest Watch initiative show the tropics lost 12.2 million hectares of tree cover in 2020. Of that number, roughly 4.2 million hectares - an area roughly the size of the Netherlands - were humid tropical primary forests that are critical stores of carbon and hubs for biodiversity.

Roughly 1.7 million hectares of primary forest were lost in Brazil alone in 2020, marking a 25 per cent increase on the year before, the report warned. Forest loss increased by 15 per cent in the Amazon and by 160 per cent in the Pantanal, the world's largest tropical wetland.

The researchers calculated the carbon emissions generated by this primary forest loss is equivalent to the annual emissions of 570 million cars, roughly twice the number of vehicles driving on roads in the US.

The report highlights how in Latin America and Southeast Asia commodity-driven deforestation was the leading cause of tree cover loss, which includes the human-caused destruction of primary forests and 'secondary' forests such as plantations and natural forests. Similarly, shifting agricultural patterns is identified as the key factor for tree cover loss in Africa, although in the Tropics and beyond fires and other climate-related impacts also continue to play a big role in forest destruction.

Indonesia and Malaysia provide a bright spot in an otherwise distressing report. Both countries saw their rate of primary forest loss decrease, a trend the report pins on action taken by national governments to fight deforestation and boost fire monitoring and prevention efforts.

Corporate commitments in the pulp and paper and palm oil sectors may also have had an impact, the report states, pointing out that No Deforestation, No Peat, and No Exploitation (NDPE) commitments now cover over 80 per cent of the pulp and paper industry in Indonesia and 83 per cent of palm oil refining capacity in Indonesia and Malaysia. Meanwhile, industry-led initiative the Roundtable on Sustainable Palm Oil tightened sustainable certification requirements in 2018 to include a ban on any deforestation or peatland clearing, further increasing pressure on the industry to develop sustainable land management policies.

But overall, the report concludes that dramatic action must be taken to reverse current trends ."Indonesia and Malaysia provide reasons for optimism, but the situation in Brazil and elsewhere shows that high deforestation rates can return if forest protection efforts are not sustained," it states. "Initiatives to rebuild economies in the aftermath of the coronavirus pandemic offer an opportunity to reimagine policies and economies in a way that protects forests before it's too late."