What a Dutch Court Ruling Means for Shell and Big Oil. 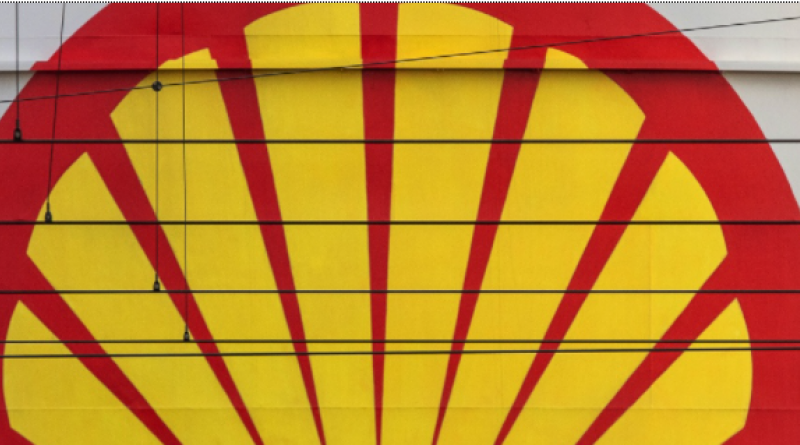 Climate lawyers are preparing to take on more fossil-fuel companies after a Dutch court ordered Royal Dutch Shell Plc to cut its emissions faster than planned, on the grounds that the oil giant is violating human rights by contributing to global warming. It was a turning point for climate court cases, which boomed after the Paris Agreement on global warming was reached in 2015. Initially, many cases challenged governments’ plans, but litigators are increasingly targeting companies.

1. What was the Shell verdict?

A Dutch court ruled on May 26 that Shell should slash its greenhouse gas emissions 45% by 2030 compared with 2019 levels, forcing the company to make some hard choices. The oil giant expects to appeal. While the ruling puts pressure on Shell, it’s hard to compare the target with its existing pledge to cut the intensity of its greenhouse gas emissions 20% by 2030, but from 2016 levels. Intensity is a measure of energy needed to produce one unit of something; in Shell’s case the cuts were expressed as grams of carbon dioxide equivalent per megajoule. Such pledges are questioned by nonprofits like Carbon Tracker because even if emissions per unit of energy fall, a large production increase could result in higher overall emissions.

2. What about Shell’s longer-term targets?

A big part of Shell’s existing plans for cutting carbon rely, to some extent, on so-called nature-based solutions -- planting trees, reforesting and restoring land to offset industrial emissions. Shell has a 2050 net-zero plan using natural offsets for about 120 million tons a year of carbon dioxide. Scientists and environmental groups are skeptical of such practices and argue companies should focus first on cutting emissions and offset only those that can’t be eliminated. In Shell’s case, opponents say it would have to plant an improbably large number of trees. The oil major’s energy transition plans involve producing less oil, more gas and spending as much as $3 billion a year on renewables and low-carbon technologies. That’s around one third of what it’s budgeting for its traditional upstream business of exploration and production. It also plans to ramp up the emissions it puts in the ground using carbon capture and storage projects in North America and Europe.

3. How could Shell comply with the court?

If the ruling is upheld, the equivalent of 740 million tons a year of carbon dioxide, more than the emissions of Germany, will have to be removed from Shell’s ledgers by the end of the decade. To hit the court-ordered emissions target, Shell would have to cut output of both oil and pipeline gas by 3% a year, keep liquefied natural gas production flat and cut oil product sales by 30% from 2020 levels, according to RBC Capital Markets analyst Biraj Borkhataria. Like many of its European peers, over the last year Shell has upped its targets to slash its carbon emissions and ultimately become a “net-zero” company by the middle of the century.

4. What grounds for appeal does Shell have?

The ruling can be appealed, a process that could last many years. The decision was in line with the Paris Agreement to limit global warming. But it was countries, not companies, that signed up to that accord. Eric De Brabandere, a professor of international dispute settlement at the University of Leiden, said he understands the verdict as it currently stands, but would also see why another judge could reach another conclusion. While the Dutch government signed up to the Paris Agreement, Shell’s existing targets don’t violate Dutch law.

Probably not anytime soon. In a previous case brought by Dutch environmental group Urgenda Foundation, a court in The Hague ordered the government in 2015 to tighten greenhouse gas pollution rules to avert the threat climate change poses to citizens. Appeals lasted more than four years, before the Supreme Court ruled that the government had to cut greenhouse gas emissions in 2020 by at least 25% from benchmark 1990 levels. Shell could pursue a similar appeals process.

6. How can the court’s order be enforced?

That will be challenging as the court only gave Shell a target and not a roadmap. So it may be hard to evaluate if the company is on track to make the deadline. Local environmental group Milieudefensie, which brought the action against Shell, could go back to court to track the company’s efforts and demand penalty payments if the target is not reached by 2030. In the Urgenda case, the Dutch government didn’t comply with the reduction target the court ordered.

7. What does it mean for other companies?

Companies headquartered in the Netherlands could face similar cases, while those that have a subsidiary in the country can only be held responsible for their Dutch branches. Oil companies, or other big polluters, based in other countries may face similar cases; Milieudefensie is in touch with other nonprofit organizations and it expects the approach it took in this case will be replicated by others across Europe, its leader said. Jurisdictions differ, however, and the Dutch system provides more space for interpretation by the judge than most.

8. Why are Dutch courts leading on climate?

Two landmark cases have taken place in the Netherlands. In the Urgenda case the Dutch government was told to step up its efforts to adhere to the Paris Agreement, while in the Shell case a similar verdict was applied to a corporation. Both cases were built on a ‘duty of care’ clause in the Dutch system which provided judges some liberty to interpret unwritten rules and consider links to human rights and the effect climate change has on the right to a healthy environment. A lawyer involved in both cases was Roger Cox, who wrote a book about judicial intervention and climate change, “Revolution Justified.”

— With assistance by Laura Hurst

‘Black Wednesday’ for big oil as courtrooms and boardrooms turn on industry.

The Guardian view on climate change lawsuits: Big Oil is in the dock.