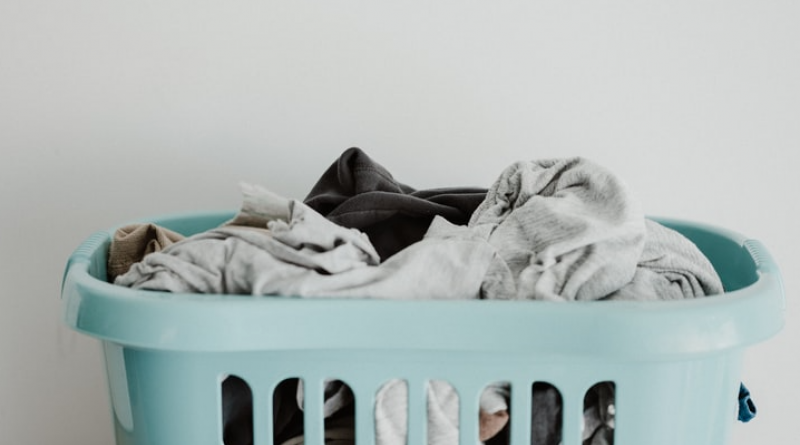 It's a small change that can make a very big difference.

Every day, some 13,000 tons of microfibers are released into European waters — that’s equivalent to two garbage trucks of small textile fibers in Europe alone.

According to a new study, a third of it could be stopped if we’d just use a different setting on our washing machines. Protip: cooler and faster wash cycles.

In recent years, microbeads have received a lot of attention as a source of pollution. Increasingly, researchers have found these small plastic particles do a lot of environmental damage, especially when they enter the water streams. But microbeads aren’t the plastic fish in this pollution ocean.

cientists have speculated that microfibers can be just as dangerous as microbeads, if not more so.

Every time you wash your clothes, it’s more than stains that get removed: thousands of tiny microfibers are released into the water, reaching the sewage, rivers, and ultimately, the oceans.

That seems like a small amount, but considering the tens of billions of washing cycles carried out every year, it adds up to 12,709 tons in 23 European countries alone (while the study was carried out in Europe, there’s no reason why other areas wouldn’t produce just as much pollution).

But there’s a good side to this story: the researchers found that there’s a simple way to reduce microfiber pollution — colder, shorter programs. A 30-minute 15 C wash cycle produces a 30% reduction in the amount of microfibers released, compared to a standard 85-minute 40 C cycle.

The study also showed that larger wash loads lead to a decrease in the release of microfibers. Simply put, if you want to be more eco-friendly, wait until you have a full load to turn on the washing machine.

Other findings of the study suggest that new clothes release more microfibers than old clothes, and fabric softener has no significant effect on this release.

The researchers also make another positive recommendation: washing machines could be equipped with special filters to prevent the microfibers from reaching the oceans. This won’t fix the problem, but it would be a good start.

“This study has proven that consumer choices in the way they do their laundry can have a significant and immediate impact on microfibre pollution. These won’t eliminate the issue but could achieve a meaningful short-term reduction while other solutions such as washing machine filters and low-shedding clothing are developed and commercialized.”

“Finding an ultimate solution to the pollution of marine ecosystems by microfibres released during laundering will likely require significant interventions in both textiles manufacturing processes and washing machine appliance design.”

Filters can make a world of a difference

Another recent study reports that fiber-catching devices can be fitted into washing machines, significantly reducing the amount of macroscopic and microscopic fibers released into the environment.

A study conducted at the University of Plymouth compared the efficiency of six different devices, ranging from prototypes to commercially available products. The most successful ones have an efficacy of 80%, which can make a major difference.

“Fibers from clothing are among the key sources of microplastics, and companies are inventing ways which claim to reduce the amount of fibers which enter wastewater. We wanted to see how effective they were both in catching fibers, but also stopping clothes from shedding them in the first place. Our results show there is a huge variety between the devices available, with some significantly reducing the number of fibers released,” says Research Fellow and National Geographic Explorer Dr. Imogen Napper.

This is something that we, as consumers, must also be aware of, says Professor Richard Thompson, a co-author of the study. Companies should also take responsibility and deploy measures to limit the amount of microfibers clothes release into the environment.

“Too often, the quest for fast fashion and market pressures means that appropriate environmental considerations are being sacrificed. If we are to achieve widespread and lasting change, it is essential for scientists to provide the independent evidence that demonstrates the scale of the problem as well as any potential solutions. Some of the devices we tested can undoubtedly reduce the fibers generated through the laundry process, but perhaps the most overarching change would be to design garments to last longer and shed less fibers in the first place.”

MPs say ‘out of sight, out of mind’ attitude won’t work for ocean pollution