'The water will come back': why Kenya's struggle against flooding is far from over. 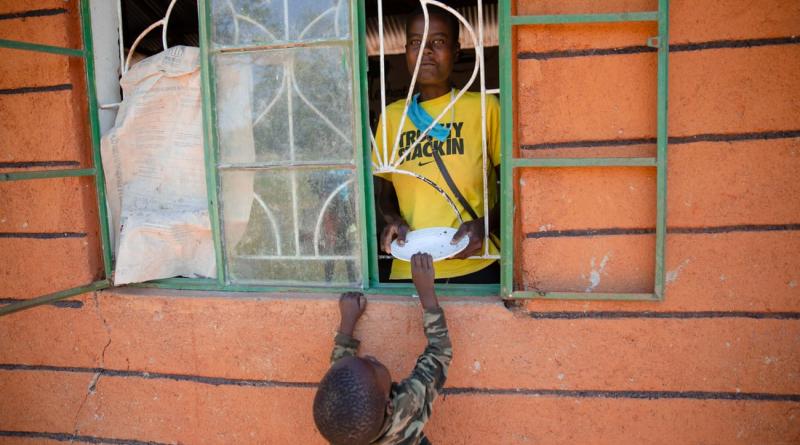 Using a short piece of nylon line with a hook at one end and a long thin stick on the other, a mechanic and a nightclub doorman have only caught one small fish all day.

“I’ve never been a fisherman before,” says Erick Ochieng on the edge of a flooded creek in the port city of Kisumu on the banks of Lake Victoria. “I used to work as a bouncer but nightclubs have closed. Sometimes my family sleeps without eating.”

As the frequency of extreme weather events increase, climate experts are warning of above normal levels of rainfall in the already saturated region in the coming months.

“Now we don’t have jobs, our houses are flooded and we are living in a school,” says Patrick Obondo, an out-of-work mechanic.

Africa’s largest inland body of water, Lake Victoria, which is shared by Kenya, Uganda and Tanzania, hit the highest level ever recorded in mid May, submerging parts of towns and whole villages on its banks – and water levels are still high.

“My family go to bed hungry,” Ochieng says. His rent is 8,000 Kenyan shillings (£60) a month. “I’m already two months behind.” He is not the only one struggling; nearly 84% of Kenya’s workforce is made up of informal labourers, whose families rely on money made each day to eat.

Around 233,000 people have been affected by the floods in Kenya, and more than 116,000 displaced, according to the Kenya Red Cross, after two consecutive seasons of record rains caused rivers across the country to burst their banks, devastating towns and villages.

“The water started rising at about 6pm in the mud house and by 9pm I had to leave everything. My home and the animals on my small farm were washed away by the Nzoia River at the start of May,” says Celine Apondi, 50, sitting in the shade of a tree in a schoolyard in Siaya county near the lake.

Apondi and her seven children survived but the Kenyan government says 237 people have died from the flooding. She is one of more than 3,000 displaced people living in Nyambare secondary school.

As well as food items, pots and pans, and thick plastic sheeting to make tents, the Kenya Red Cross is also being given face masks – but Apondi says social distancing is impossible.

The government closed schools in March to prevent the spread of Covid-19 but now more than 100 are home to the displaced.

Kenya has recorded 62 deaths from Covid-19 and has had 1,745 confirmed cases. Movement has been restricted in and out of Mombasa and Nairobi and a 7pm to 5am national curfew has been enforced by police using violence and teargas.

Last week President Uhuru Kenyatta said the government was distributing 250m Kenyan shillings (£19m) a week to vulnerable families hit by the economic crisis and 1bn shillings (£75m) has been set aside for flood control measures.

However, apart from Kenya Red Cross emergency handouts, people who were made homeless by the floods told the Guardian they have yet to be given any substantial government support and cannot afford to move away from living on increasingly volatile flood plains.

“I would expect the government to resettle these people elsewhere – that is the only solution to this place.” says Joseph Oyamo, a 62-year-old retired primary teacher, as he looks at an eroded river bank close to some houses near Ahero town in Kisumu county.

James Okumbe, deputy governor of Siaya county, said plans to build a dam and dykes to control river levels have been delayed. “It could have been finished but the national government has not completed the compensation of the land owners [who need to be relocated and] live along the river banks,” says Okumbe.

There are predictions of above normal rainfall in the region between June and September, says Mark Majodina, World Meteorological Organization representative for eastern and southern Africa.

Climate experts are reluctant to pin one weather event to global heating but there is increasing alarm at the frequency of extreme and unpredictable weather systems.

For the past decade high temperatures in the western Indian Ocean have heated the sea and moisture is absorbed into the atmosphere. That moisture is then precipitated over east Africa, says Guleid Artan, director at the Climate Prediction and Application Centre.

Artan says rainfall records were broken in the October, November and December 2019 rainy season, and a wetter than normal January and precipitation over the March, April and May rainy season have also broken records in the region.

So much rain saturates the soil that chunks of farmland have broken off Uganda’s shores and created several floating islands that have clogged dams and the lake’s only outlet into the Nile River.

Three villages next to the lake are now partially under water, says Owiena Hezekiah, assistant chief of Kogembo sub-location, in Homa Bay county, which also borders the lake. “There are more mosquitoes, which cause malaria, and aggressive hippos have come inland.

“We are worried about sanitation and cholera. People relied on pit latrines which are now overflowing with water.”

Majodina says weather prediction data is becoming increasingly accurate and is communicated through the media to fishing communities, and to government departments. “They don’t sit on the relevant information, they act, but people are still resisting,” says Majodina.

People are reluctant to leave their homes, and think someone is going to take their belongings, he adds. “One needs to look at how you compensate people. Is there some sort of insurance you can give people once they leave [their homes]?”

“I had to walk for three kilometres to safety with the water around my neck,” says farmer James Yogo, 27, at an emergency distribution at a school in Kisumu county.

“There was a child from the area who died from the water,” adds Yogo. “Some people climbed trees and sat on roofs. My house has collapsed. No one came to help.”

“It’s just climate change,” Yogo says. “I’m reluctant to replant my crops as I know the water will come back – but there are no jobs and I have no choice, I’ll have to start again.”

With every flood, public anger over the climate crisis is surging.