Turbines use wind from passing traffic to generate power 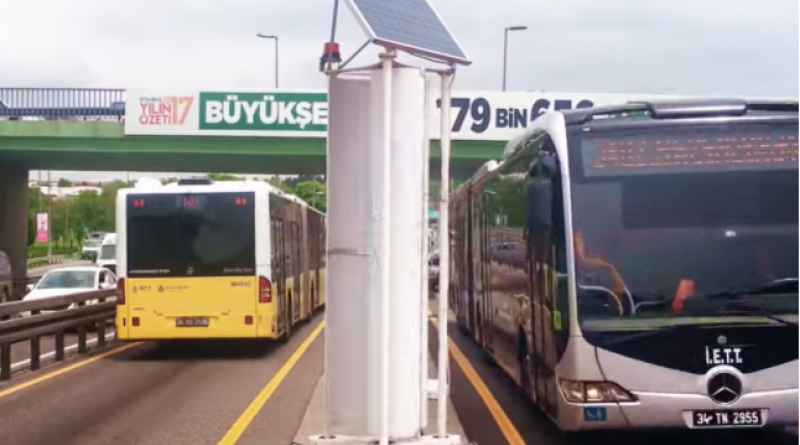 Device can also be installed in places unsuitable for traditional turbines

ENLIL is a vertical turbine developed by Istanbul Technical University and tech firm Devecitech have been placed on roadsides in Turkey’s largest city to harness the wind generated by passing vehicles, and to soak up solar energy at the same time.

Thanks to its relatively small size, the device can also be installed in places unsuitable for traditional turbines, such as next to paths and on the roofs of high-rise buildings.

The project was developed by entrepreneur Kerem Deveci, who had a brainwave while travelling on the city’s Metrobüs network.

Deveci told Turkish news agency Anadolu that he produced the first prototype in his own room with the financial support of his friends and relatives.

Now cities in countries around the world are looking at ENLIL as they seek to slash carbon emissions by using more and more renewable energy.