From tree planting to CO2-sucking machines: How could ‘negative emissions’ help to tackle the climate crisis? 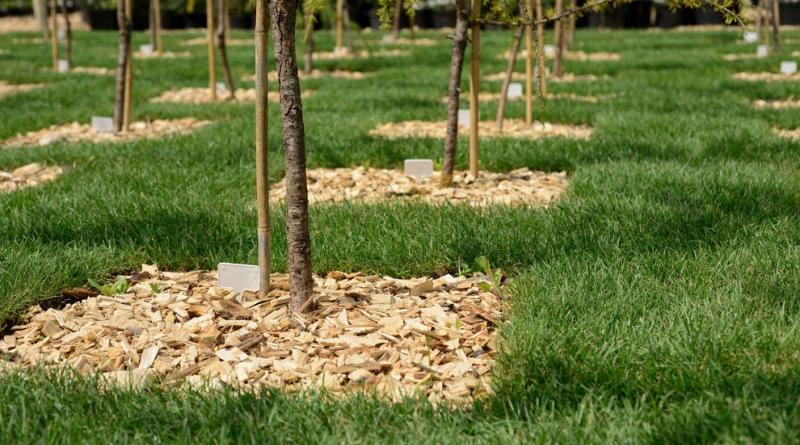 Removing CO2 from air will likely be needed if the world is to meet its climate goals, writes Daisy Dunne, but our options for achieving ‘negative emissions’ each come with a unique set of challenges.

Just over five years ago, countries reached a deal to keep global warming to below 2C above pre-industrial levels under the historic Paris Agreement. But since then, global emissions are yet to reach a peak and the path to reaching the Paris goals grows steeper year by year.

Cutting back on greenhouse emissions as fast as possible will be crucial to meeting the world’s climate goals. But to have the greatest chance of meeting the Paris targets, it is likely the world will also have to scale up techniques for removing CO2 from the atmosphere, scientists say.

Methods for removing CO2 from the atmosphere range from “natural climate solutions”, such as replanting lost forests and restoring land and ocean ecosystems, to emerging technologies, including the idea of using machines to suck CO2 directly out of the air.

Scientists use the term “negative emissions technologies” to describe the wide and varied group of methods available for removing CO2 from air. Many of these techniques are still in their infancy, and all come with risks and challenges.

“I think most people would agree we're going to need some level of negative emissions in order to deliver on our targets,” Dr Rob Bellamy, a scientist studying climate change technologies at the University of Manchester, tells The Independent.

In 2019, the UK set a legal target of reaching net-zero greenhouse gas emissions by 2050. And in a landmark report published in December, the UK’s climate advisers laid out a detailed plan for how the country will need to change in the coming decades in order to meet its target.

The report made clear that scaling up methods for removing CO2 from the atmosphere will be key to reaching the 2050 goal. For example, the report says that within just five years, the UK will need to plant 30,000 hectares of new forest every year to be in line with its net-zero goal – a target it is still a long way from achieving.

“In the UK, you can't actually reach net zero without using negative emissions because of certain sectors having either difficult-to-abate or impossible-to-abate emissions,” says Dr Bellamy. Such sectors include aviation, a particularly polluting form of transport for which there are currently few immediate low-carbon solutions on the horizon.

“Unless we completely shut down those sectors, we’ll need negative emissions to get rid of the greenhouse gases that they are responsible for,” he explains.

“Natural” solutions for removing CO2 from the atmosphere, such as tree planting and restoring carbon-rich ecosystems, have seen a surge in popularity in recent months.

Boris Johnson has repeatedly promised to make natural solutions a key part of Cop26, a crucial round of global climate talks that will be held in Glasgow later this year. And at a summit held earlier this month, world leaders backed an ongoing project to create a Great Green Wall of new forest stretching across the width of Africa just south of the Sahara desert. When completed, it will be the world’s largest living structure.

In addition, these techniques do not require new technological innovations, giving them an advantage over some of the other types of negative emissions technologies that are still in their infancy, such as using machines to suck CO2 from air.

Studies suggest solutions to the climate crisis that are perceived to be “natural” are also more likely to be favoured by the public, says Dr Bellamy.

“An extensive amount of research has taken place on public perceptions that shows that people consistently prefer things that are shown to be perceived to be ‘natural’,” he says.

Tree planting offers the largest potential for offsetting CO2 out of the proposed natural climate solutions, research suggests. However, relying on tree planting to offset large amounts of CO2 could come with risks.

A landmark report into limiting global warming to 1.5C, the most aspirational target of the Paris Agreement, warned that planting the number of trees required to meet the goal could take up large amounts of land, potentially reducing the area available for food production and wildlife.

“[Tree planting] may compete with other land uses and may have significant impacts on agricultural and food systems, biodiversity and other ecosystem functions and services,” the report says.

Another concern with “reforestation” is that its potential benefits depend greatly on what kind of trees are planted and how projects are managed, scientists have warned. “Monoculture plantations” – forests with just one tree species – have been likened to “green deserts” because they provide little suitable habitat for wildlife.

Some environmentalists have also pointed out that many countries are still grappling with deforestation and may not be able to protect new forests from destruction. A report released last month found 43m hectares of forest and other critical natural ecosystems were destroyed between 2004 and 2017.

Among scientists, there is one negative emissions technology that has been at the forefront of much debate and discussion known as “bioenergy with carbon capture and storage” (BECCS).

The first step of BECCS involves growing crops and then burning them to produce energy. This is the “bioenergy” step. The second step involves capturing the CO2 emitted by the crops as they are burned and then storing these emissions either underground or under the sea. This is the “carbon capture and storage” step.

Because crops naturally absorb CO2 as they grow, it is theorised that this process would lead to the net removal of CO2 from the atmosphere.

Many of the pathways that scientists have come up with to show how the world could limit global warming to 1.5C rely heavily on the use of this technology in the coming decades. And in their report setting out how the UK can meet net zero by 2050, the UK’s climate advisers say that some use of BECCS will be necessary to meet the country’s target.

Despite this, BECCS is still in its early stages of development. A handful of projects have piloted the technology at a small scale. The Drax power station in North Yorkshire is among the first in Europe to be trialling BECCS.

Scientists have also raised a range of potential risks associated with the technology. Like large-scale tree planting, widespread deployment of BECCS would require huge amounts of land for the production of the energy crops, posing a potential threat to wildlife and food production.

Scientists have also questioned whether BECCS would truly be able to deliver “negative emissions”. This is because the technology might have hidden carbon costs that aren’t taken into account, it is argued. For example, to create the space to produce energy crops, cultivators may have to clear trees from their land, which would cause additional CO2 to be released into the atmosphere.

There are also issues associated with the “CCS” part of BECCS. Carbon capture and storage is currently costly and requires large amounts of energy to work.

Sucking CO2 straight from the air may sound like science fiction, but is one of the negative emissions techniques being seriously discussed by scientists.

Though the technology has not yet been shown to work at a large scale, various start-ups across the world are developing different methods for how it might work.

This includes Climeworks in Switzerland, a company that aims to capture one per cent of global CO2 emissions by 2025 through the use of machines that are able to capture CO2 directly from the air. 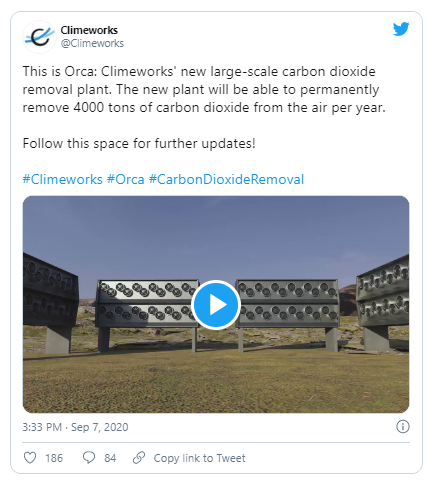 Advocates for “direct air capture” say that, unlike BECCS and large-scale tree planting, removing CO2 from the atmosphere with machines would require relatively little land. In addition, CO2 captured from air could be reused in the production of goods such as fizzy drinks, it is argued.

But the main drawback of the technology is it currently comes with large costs and energy requirements. One study published in 2019 found that, if “direct air capture” were rolled out on a global scale, it could require up to a quarter of the global energy supply by 2100.

“It's got an economic hurdle to get over,” says Dr Bellamy.

Some have also argued that further development of direct air capture – along with other negative emissions technologies – might lead to misconceptions about there being a “quick fix” to the climate crisis. This might, in turn, lead to countries stalling on their commitments to rapidly reduce their greenhouse gas emissions.

It is clear that there is no one technology that can act as a silver bullet for solving the climate crisis, says Dr Bellamy.