Thawing Permafrost Is Full of Ice-Forming Particles That Could Get Into Atmosphere. 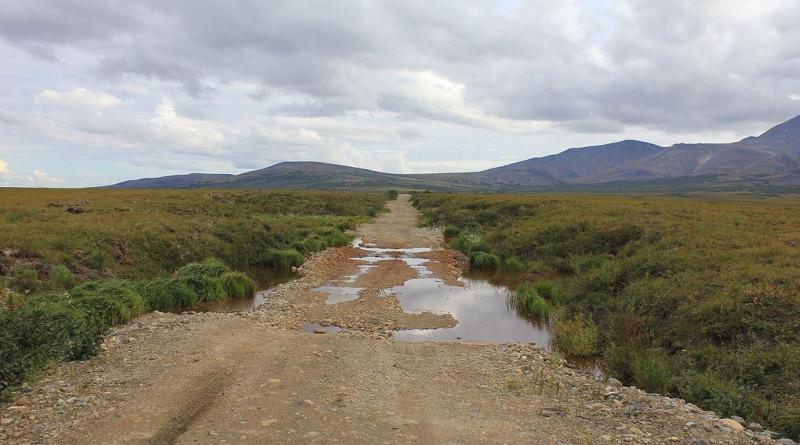 Permafrost – frozen soil in the far north – is thawing, releasing greenhouse gases and long-lost microbes. But one thing that scientists have not studied extensively is whether permafrost contains certain kinds of particles that could affect clouds and weather.

As atmospheric scientists, we found in a recent study that thawing permafrost contains lots of microscopic ice-nucleating particles. These particles make it easier for water droplets to freeze; and if the ones in permafrost get airborne, they could affect Arctic clouds.

In the summer of 2018, one of us, Jessie Creamean, went to Fairbanks, Alaska, and collected samples of permafrost from a research tunnel deep underground. These samples ranged from 18,000 to 30,000 years old, and our team tested them to see how many ice-nucleating particles are hiding in permafrost.

It turns out permafrost contains a ton of them – up to 100 million highly active individual particles per gram of mostly dead microbes and pieces of plants. This density is on par with what is found in fertile soils, which are some of the most concentrated sources of ice-nucleating particles on Earth. Everywhere in the world, ice-nucleating particles typically play a major role in cloud behavior, and the strength of that effect is still being studied.

Clouds are made up of billions of tiny water droplets or ice crystals, often a mix of both. A cloud is like a forest of trees: All water droplets of the cloud require a seed – a tiny aerosol particle – to form and grow on. Almost any little speck of material from the land or the ocean can be the seed of a liquid cloud droplet. Because of their unique ability to line up water molecules into an icelike grid, they help supercooled liquid in a cloud to freeze at warmer temperatures.

The ability to easily form ice has big consequences for clouds and weather.

Most of the time, airborne water droplets need to freeze before they can fall to the ground as snow or rain. Ice-nucleating particles allow cloud ice to form at warmer air temperatures than normal, up to around 28 degrees Fahrenheit. Without these particles, a water droplet can supercool to about negative 36 F before freezing. When ice-nucleating particles are in a cloud, water droplets freeze more easily. This can cause the cloud to rain or snow and disappear earlier, and reflect less sunlight.

There are still many unknowns and a lot of work to do.

This summer, we are teaming up with colleagues from the Cold Regions Research and Engineering Laboratory in Fairbanks and the National Center for Atmospheric Research in Boulder, Colorado, to set out for a six-week expedition to the Alaskan Arctic tundra. We will collect hundreds of samples of permafrost, lake water, river water, coastal ocean water and air samples to see whether ice-nucleating particles from permafrost are present, and in what amounts. Our goal is to use these findings in models to predict how thawing permafrost could alter the region's clouds.