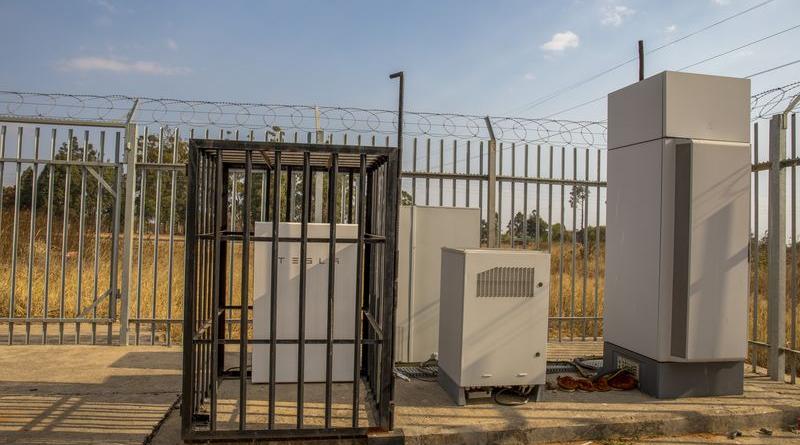 Amid power outages of as long as 18 hours a day, Econet Wireless Ltd., Zimbabwe’s biggest mobile-phone operator, is turning to the Palo Alto, California-based automaker and storable-energy company for batteries that can keep its base stations running. The southern African country faces chronic shortages of physical cash, so almost all transactions are done digitally, and many via mobile phones.

“Telecommunications have become the lifeblood of the economy,” said Norman Moyo, the chief executive officer of Distributed Power Africa, which installs the batteries for Econet. “If the telecom network is down in Zimbabwe, you can’t do any transactions.”

The installation of 520 Powerwall batteries, with two going into each base station, is the largest telecommunications project in which Tesla has participated to date, Moyo said. With Econet having about 1,300 base stations in the country and two other mobile-phone companies operating there, Distributed Power intends to install more batteries and could eventually roll the project out to other power-starved countries in Africa, such as Zambia, Lesotho and the Democratic Republic of Congo, he said.

Base stations in Zimbabwe often use diesel-fired generators as backup, but fuel is also scarce in the country. The Powerwalls, which cost $6,500 each, will step in when solar panels aren’t generating enough electricity because it’s night or when heavily overcast. The lithium-ion batteries can power a station for as long as 10 hours, according to Econet. They are charged by the sun.

Tesla is working with a number of telecommunications companies around the world and sees a combination of solar panels and battery storage as a good opportunity to expand its business in countries and areas where electricity supply is erratic or non-existent, a company spokesperson said.

Econet’s mobile-money system Ecocash has 6.7 million active users in a country of 14 million people. It is used for everything from buying groceries to tipping waiters.

— With assistance by Godfrey Marawanyika, and Loni Prinsloo